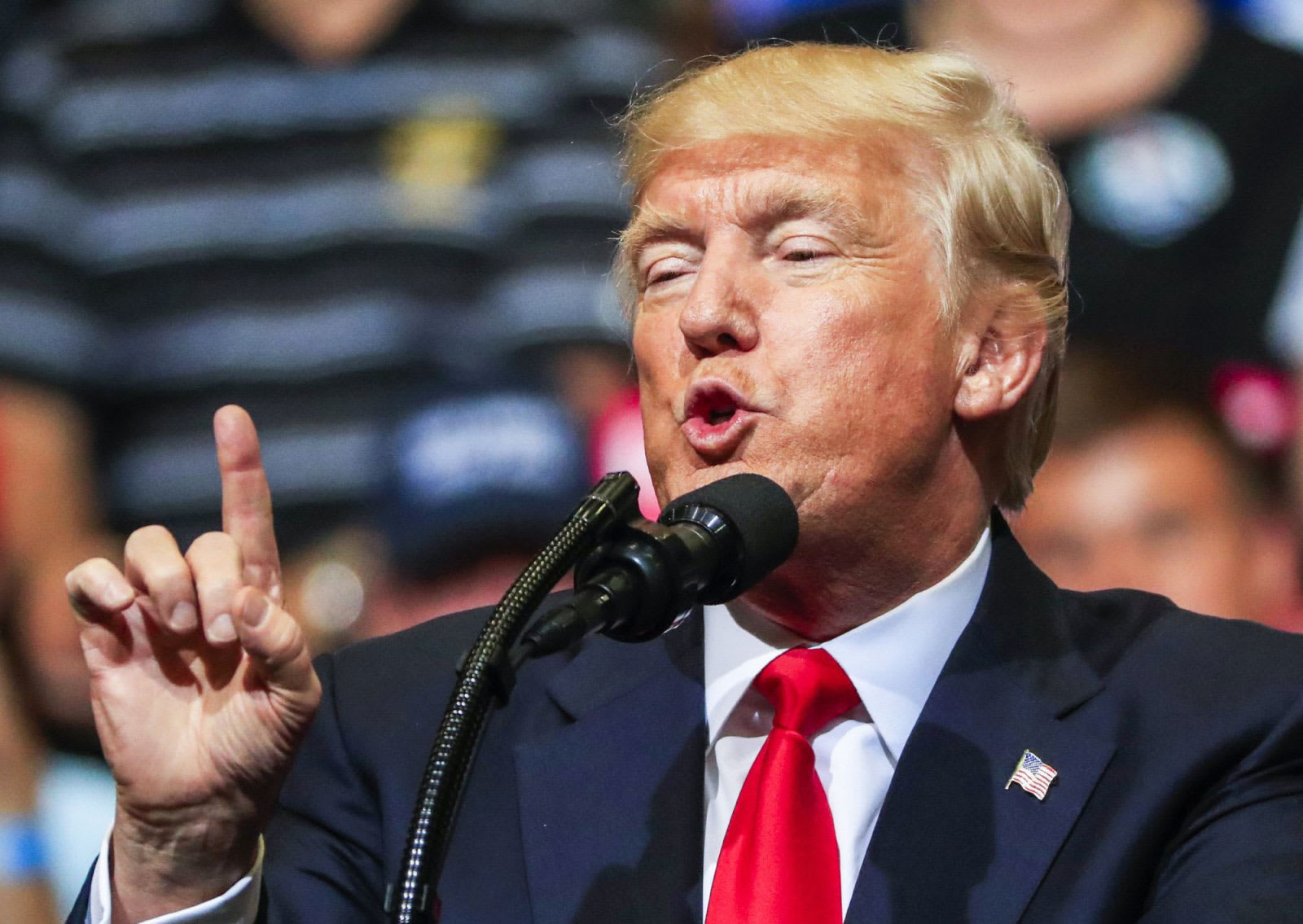 The Knight First Amendment Institute at Columbia University warned President Trump to stop blocking Twitter users. The freedom of speech organization sent the president a letter last month arguing that when Twitter is used by a President, it operates as a "designated public forum" like a city council or school board meeting. When blocking users for mocking or critical tweets, it argues, the president is violating their First Amendment rights. While the letter did not explicitly promise legal action, the implication was clear. Now, the same institute has filed suit, asserting that President Trump and "his communications team are violating the First Amendment by blocking individuals from the @realDonaldTrump Twitter account because they criticized the president or his policies."

The lawsuit, filed in the Southern District of New York on the behalf of seven individual Twitter users who have been blocked by the president or his team, affirms that the block impedes the individuals from reading, responding to or participating in discussions around the president's tweets. The lawsuit asks the court to declare the blocks unconstitutional and to order the White House to restore access to the people named in it. In addition to arguing that the account is a "public forum," the suit also claims that the individuals have a right to @readDonaldTrump for redress of grievances.

In addition, the blocks prevent everyone else from hearing dissenting voices. "The White House is transforming a public forum into an echo chamber," said Knight Institute attorney Katie Fallow in a statement. "Its actions violate the rights of the people who've been blocked and the rights of those who haven't been blocked but who now participate in a forum that's being sanitized of dissent."

Source: Knight INstitute
In this article: gear, KnightFirstAmendmentInstitute, lawsuit, politics, suit, Trump, tweet, Twitter
All products recommended by Engadget are selected by our editorial team, independent of our parent company. Some of our stories include affiliate links. If you buy something through one of these links, we may earn an affiliate commission.