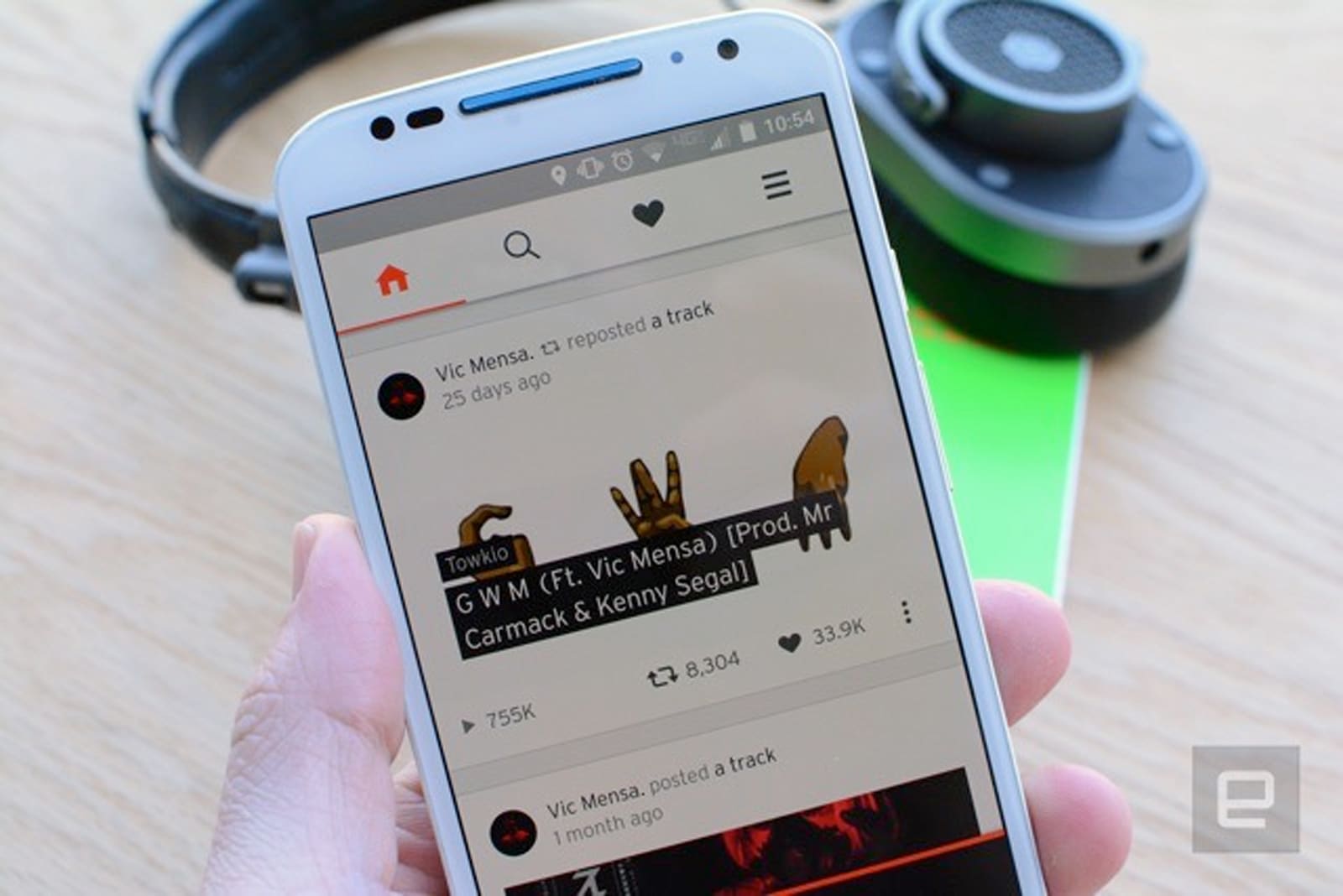 After last week's reports that SoundCloud would layoff 40 percent of its staff and consolidate its offices, the company is spreading the word that it's here to stay. SoundCloud tweeted earlier this week that it wouldn't be going anywhere, a message it reiterated in a blog post, and Chance the Rapper tweeted a similar sentiment following a cryptic tweet about "working on the SoundCloud thing." According to a company spokesperson, Chance, as a member of the SoundCloud community, called the CEO to inquire about the situation and his takeaway from that conversation was reflected in his tweet. However, the company recently held an all-hands meeting and reports from employees in attendance as well as information about how SoundCloud has handled these layoffs tell a different story.

*airhorn* Spread the word: your music isn't going anywhere. Neither are we.

I'm working on the SoundCloud thing

Just had a very fruitful call with Alex Ljung. @SoundCloud is here to stay.

After the meeting, one SoundCloud employee told TechCrunch that morale was "pretty shitty," and said, "I know people who didn't get the axe are actually quitting. The people saved from this are jumping ship." Another referred to the meeting as a "shitshow" and said, "I don't believe that people will stay. The good people at SoundCloud will leave. Eric [Wahlforss] said something about the SoundCloud 'family,' and there were laughs. You just fired 173 people of the family, how the fuck are you going to talk about family?"

Other reports from inside SoundCloud depict a messy and irresponsible approach to the situation. The company reportedly continued to hire new employees up to two weeks before the layoff announcement even though during the all-hands it was clear that execs had been preparing for staff cuts for months. And the lack of communication about its financial troubles led some areas of the company to continue unnecessary spending practices like catered lunches and lavish swag for new team members.

In March, the company was forced to borrow $70 million in order to keep running and when the layoffs were announced, co-founder Alex Ljung said in a blog post, "By reducing our costs and continuing our revenue growth, we're on our path to profitability and in control of SoundCloud's independent future." But what wasn't mentioned was that the company's independent future was only funded through the end of the year. SoundCloud says it's negotiating with potential investors and maybe Chance the Rapper's tweet means he's one of them. However, if employees continue to jump ship as some staff members seem to think they will, maybe SoundCloud will be able to stretch its dwindling funding a little further.

Source: TechCrunch
In this article: av, business, chancetherapper, entertainment, layoffs, soundcloud
All products recommended by Engadget are selected by our editorial team, independent of our parent company. Some of our stories include affiliate links. If you buy something through one of these links, we may earn an affiliate commission.