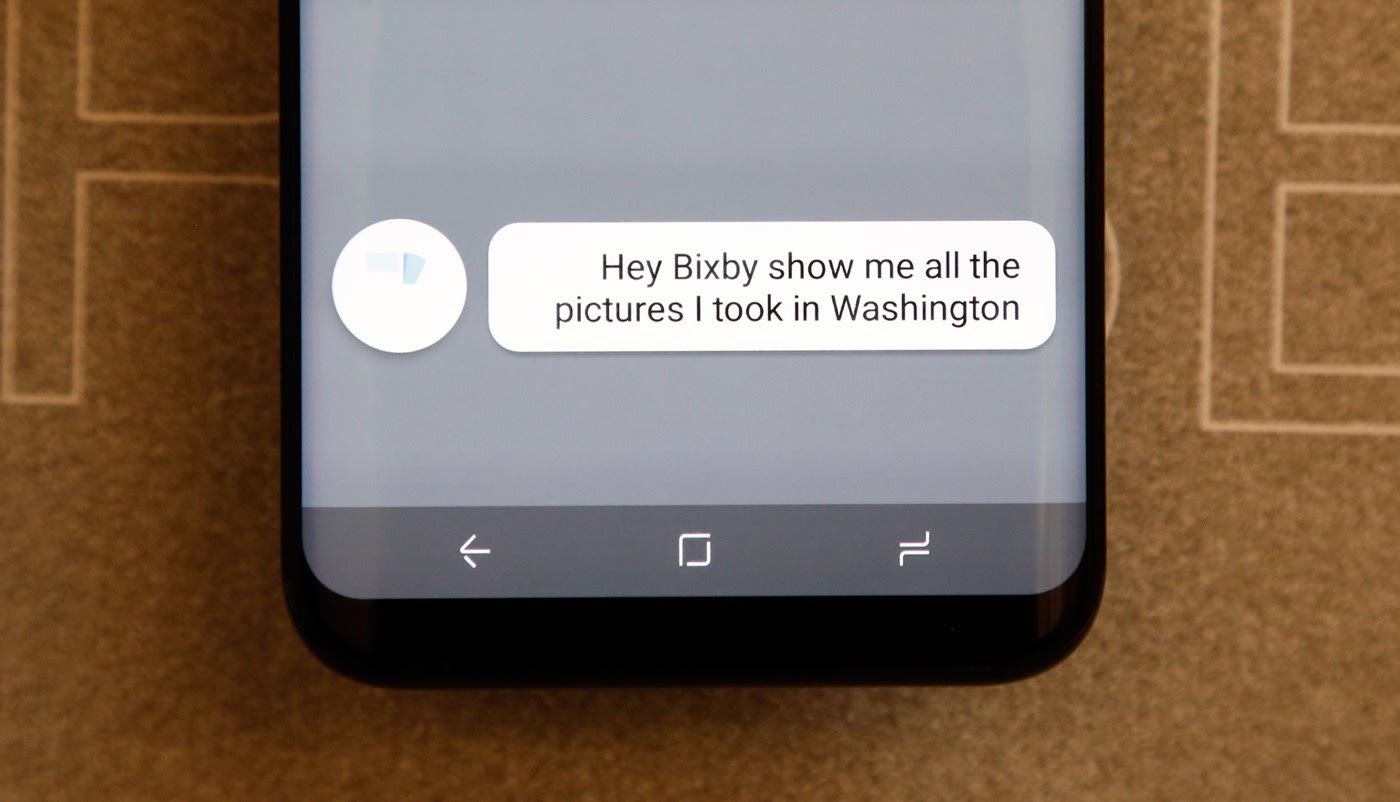 The voice component of Samsung's Bixby assistant has been a long time in coming. The company was quick to boast about its AI helper at the Galaxy S8 launch, but revealed that the signature voice feature wouldn't arrive until later in the spring... and even then, it only had a full launch in South Korea. Americans had to make do with a preview. At last, though, it's becoming widely available: Samsung is officially rolling out Bixby's voice assistance to S8 and S8 Plus owners in the US. Every American with one of the flagship phones will get to talk to Bixby once an update arrives "tonight." There have been a few tweaks to this official release, too.

Most importantly, Bixby is better at understanding natural language expressions. You can say "what's the forecast like today?" or "show me the weather" and expect the right answer. It can also read out the latest text messages in Samsung's official app, so you can catch up on conversations while your hands are tied. Bixby is better at contextual awareness inside third-party apps (you can use Bixby to change your destination in Google Maps), and it should be quicker to respond to your orders.

There's no mention of when Bixby will be available in other English-speaking countries (though English does work in South Korea), let alone other languages. Reportedly, just adding this second language was enough of a challenge. Still, this makes Bixby's voice assistant much more accessible. It could also be crucial to Samsung's plans beyond phones. If you believe the rumors, Samsung is working on a Bixby-enabled speaker and otherwise spreading its voice companion to all kinds of devices. It can't realistically do that until Bixby is broadly available. The US release doesn't achieve that goal by itself, but it's an important first step.

Source: Samsung
In this article: ai, bixby, bixbyvoice, galaxys8, galaxys8plus, gear, internet, mobile, samsung, video, voiceassistant
All products recommended by Engadget are selected by our editorial team, independent of our parent company. Some of our stories include affiliate links. If you buy something through one of these links, we may earn an affiliate commission.