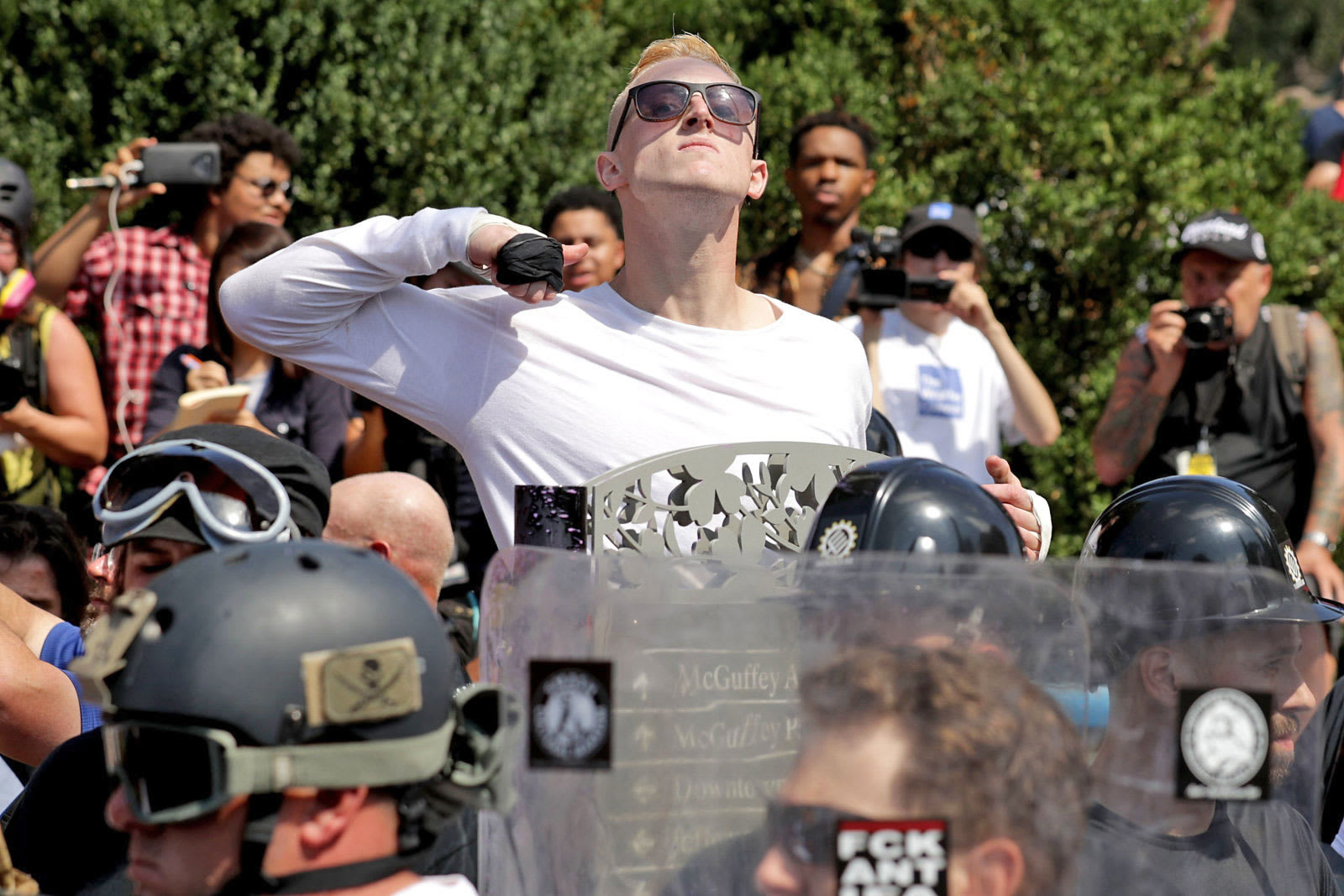 The Electronic Frontier Foundation (EFF) has criticized internet providers for blocking the neo-Nazi website The Daily Stormer, saying it violates the principals of free speech and could backfire. "We strongly believe that what GoDaddy, Google and Cloudflare did here was dangerous," it said in a blog post. "We would be making a mistake if we assumed that these sorts of censorship decisions would never turn against causes we love."

The Daily Stormer has long espoused racist, anti-feminist and antisemitic views, including Holocaust denial. GoDaddy only elected to drop its name registry recently, however, after it published an offensive article about Heather Heyer, who was killed during violent protests at Charlottesville. The site then shifted to Google's hosting service, which also quickly banned it. Both companies said the site violated their terms of service by inciting violence.

In its criticism of those companies, the EFF said a "telling quote" about the situation came when Cloudfare -- a service used by Stormer not for hosting, but to protect it against DDoS attacks -- also dropped it. "Literally, I woke up in a bad mood and decided that someone shouldn't be allowed on the internet," Cloudflare's CEO said.

The EFF acknowledged that the "situation is deeply fraught" legally and otherwise. "All fair-minded people must stand against the hateful violence and aggression that seems to be growing across our country," the EFF wrote. "But we must also recognize that on the Internet, any tactic used now to silence neo-Nazis will soon be used against others, including people whose opinions we agree with."

We must also recognize that on the Internet, any tactic used now to silence neo-Nazis will soon be used against others, including people whose opinions we agree with

Like the EFF, the ACLU often stands up for hate groups that no one else will defend, but its own members have criticized its defense of Charlottesville protesters. "I am deeply disturbed by the ACLU's decision to oppose local officials in Virginia who sought not to prevent the recent Charlottesville rally but to locate it in a place that would make it easier to keep all in attendance safe," wrote one anonymous ACLU member.

Despite the EFF's first amendment critiques, the list of businesses that have shut out The Daily Stormer and other fascist, white supremacist and neo-Nazi sites from funding and promotion is getting large. Mastercard, Visa, American Express and PayPal have cut off payments, and music services including Spotify, Google and Deezer have vowed to remove music from hate-espousing bands.

All of those businesses operate internationally, but the EFF's argument is based on the US First Amendment rules. Those allow just about any speech, as long as it doesn't present a "clear and present danger." However hate speech laws are much tougher in countries like France, Austria, Germany and Canada -- Holocaust denial, for instance, is illegal in 17 nations.

Via: CNET
Source: EFF
In this article: DailyStormer, EFF, FreeSpeech, gear, GoDaddy, Google, internet, neo-Nazi, politics, WhiteSupremacy
All products recommended by Engadget are selected by our editorial team, independent of our parent company. Some of our stories include affiliate links. If you buy something through one of these links, we may earn an affiliate commission.