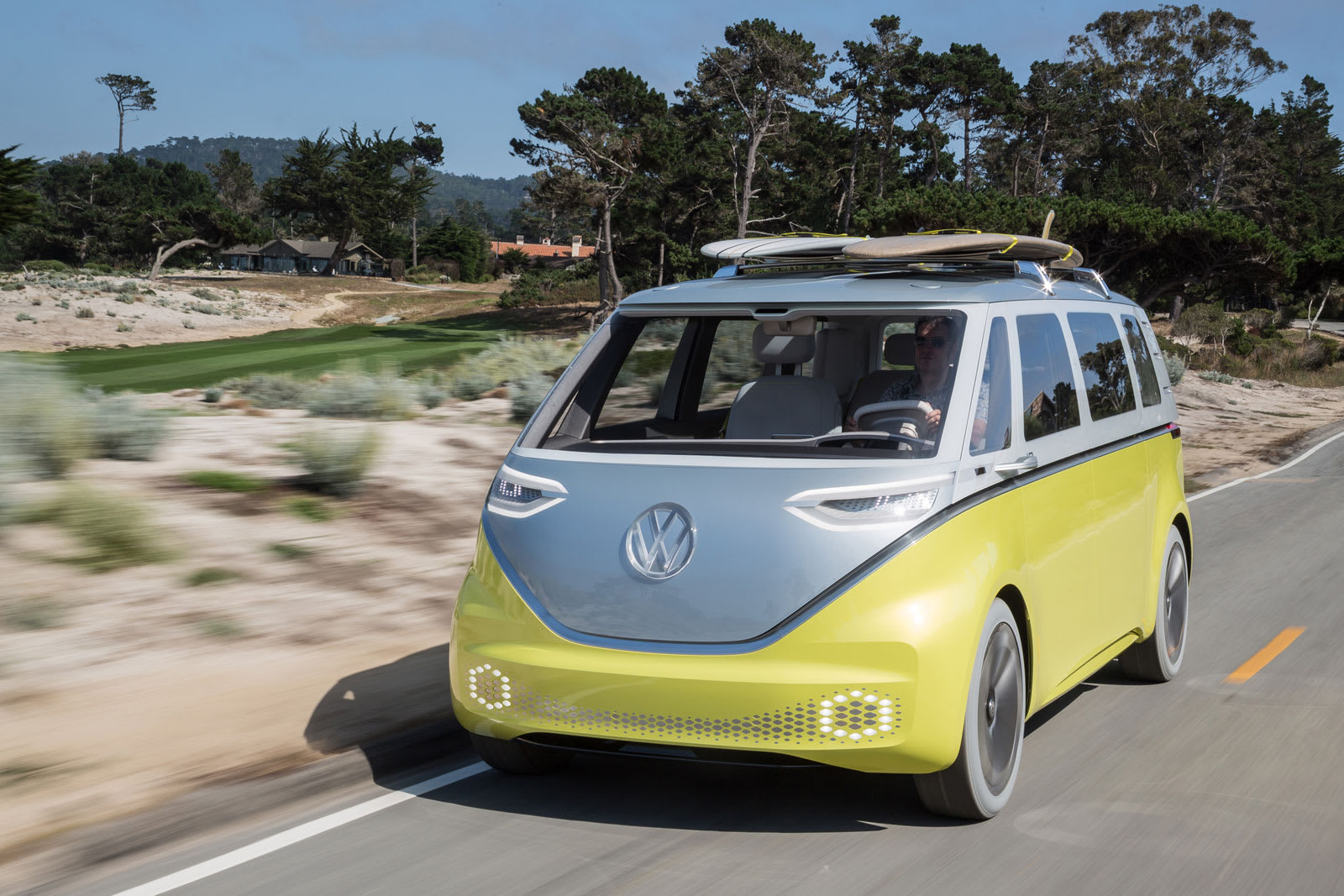 When Volkswagen unveiled the ID Buzz, the assumption was that it would meet the same fate as many concept cars: it'd look good at an auto show, and promptly disappear when cold economic realities set in. Thankfully, the Buzz won't suffer that fate. VW has announced that it will put the Microbus-inspired EV into production, with a launch expected by 2022. We wouldn't expect everything about the Buzz to remain intact (those large wheels are likely the first things to go), but the '60s-inspired styling, semi-autonomous driving and all-wheel drive option will carry over. VW is even teasing a cargo variant, so couriers may have a clean (and slightly kitschy) alternative to the usual vans.

The EV is primarily targeted at China, Europe and North America.

The melding of a nostalgic vibe with electric transportation is the primary allure, of course, but VW notes that going electric should make it very practical. As it doesn't need a giant gas engine, there's a tremendous amount of space. You'd get as much passenger room as a big SUV in the size of a compact commercial van, VW says. It's also practical for the automaker. If prior leaks are accurate, VW is producing the Buzz precisely because it's based on the same platform as other ID cars, making it far less expensive to develop than the previous Microbus concept (which had a one-off platform).

This won't be the first ID model to hit the streets. The compact car is reportedly arriving around 2020, while the US would likely get the Crozz in a similar time frame. Still, the 2022 target is welcome when there was talk of the EV not arriving until closer to 2025, or at all. It also shows just how determined VW is to embrace electric transportation and put its diesel scandals in the past -- it's willing to take a chance on a design that could easily have been consigned to the history books.

Via: Autoblog
Source: Volkswagen
In this article: concept, conceptcar, ElectricCar, ElectricVehicle, ev, gear, idbuzz, microbus, retro, TL17CCAR, transportation, volkswagen, vw
All products recommended by Engadget are selected by our editorial team, independent of our parent company. Some of our stories include affiliate links. If you buy something through one of these links, we may earn an affiliate commission.