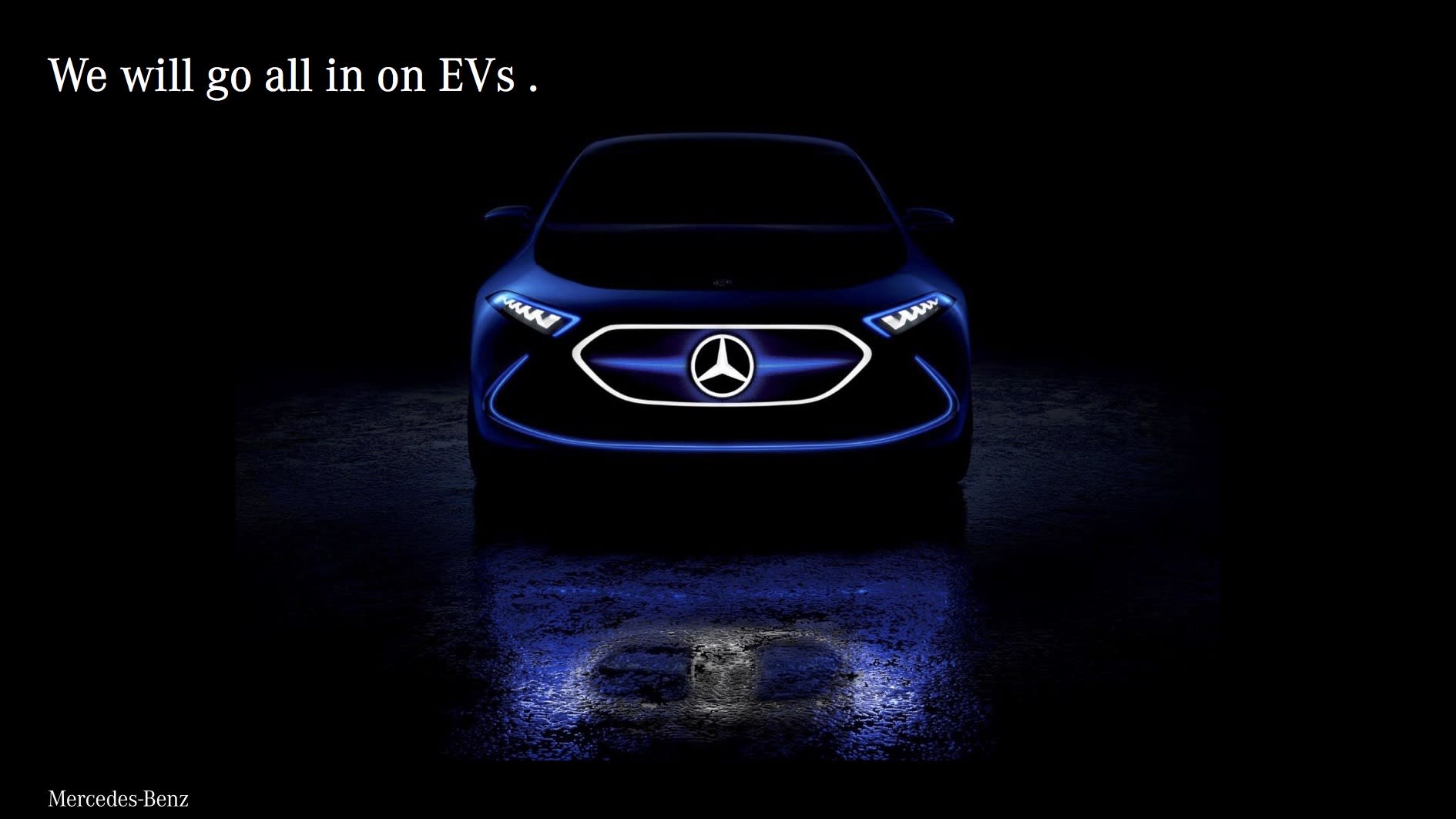 We've seen quite a few car companies commit (and recommit) to electic vehicles recently, and now Mercedes-Benz has joined them. At Daimler's investor day today, the company's chief executive Dieter Zetsche said that Mercedes will offer electric versions of every single car it makes by 2022. Mercedes-Benz is also planning on turning its popular city SmartCar into a fully electric line by 2020.

As Mercedes quietly works on its EQ badge, which it will put on its best electric cars, they have to plan for a change in their financial landscape as EVs begin to replace traditional cars on the road. As EVs increase in popularity, Mercedes' profits will take a hit, even as they're selling more and more electric cars. This is because electric cars can be up to half as profitable as traditional combustion engine vehicles due to higher production costs (mainly the battery). As a result, Zetsche announced at the same conference that the company plans on saving 4 billion euros by 2025 to offset that potential hit to profit.

This news comes of the heels of a torrent of news on car makers going all-in on electric. Volvo has already announced that all its cars will be either electric or hybrid within two years. Jaguar is planning on putting electric drivetrains in every car by the end of 2020. Even countries are embracing EVs: France has plans to ban the sale of fossil fuel-powered cars by 2040. Even more surprisingly, China is also on board with this sort of ban (though the timeline isn't clear). Electric cars aren't just a trend; they're here to stay, for the long term.

Source: Reuters, CNBC
In this article: daimler, evs, mercedes-benz, tomorrow, transportation
All products recommended by Engadget are selected by our editorial team, independent of our parent company. Some of our stories include affiliate links. If you buy something through one of these links, we may earn an affiliate commission.