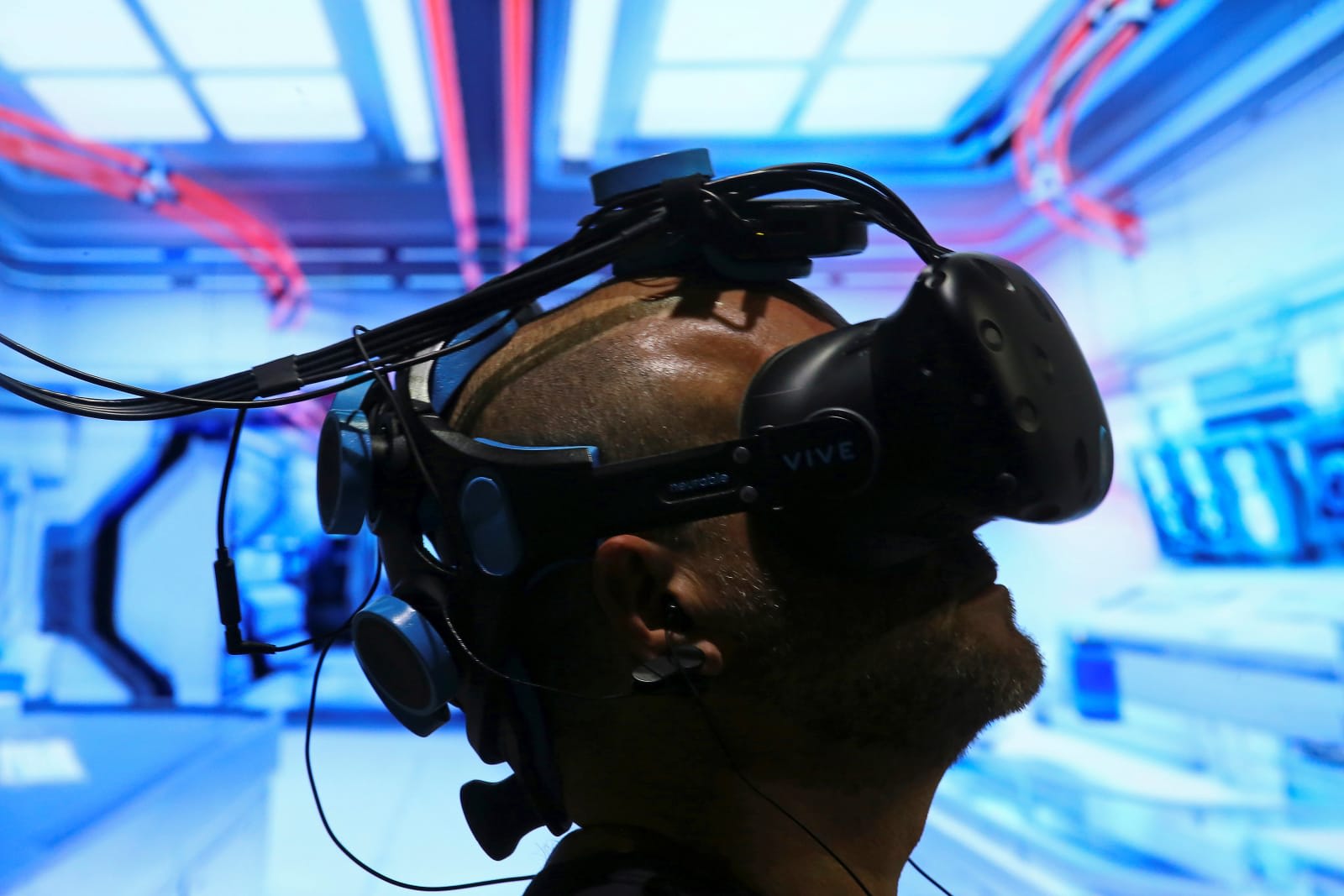 Movie theater chain AMC is committing to virtual reality in a big way. The company has announced a $10 million investment (as part of a $20 million investment round) in Dreamscape Immersive, a VR storytelling studio with a focus on room-scale installations and real-time motion tracking.

AMC plans to put six VR stations in its multiplexes in North America and the UK over the next year and a half, according to a press release. That number is key: Unlike things like the John Wick VR experience, or the ones made for Interstellar or Alien: Covenant, Dreamscape's are social in nature, supporting up to six "players" at a time.

The Verge reports that the installation spaces will be 16' x 16' walkable spaces with a railing around the perimeter. Haptic floors, fans and scents can be implemented if the experience calls for them. Users will wear a VR headset, a backpack computer and a few sensors for motion tracking. The result is life-size avatars that act and react in real-time with your body's movements.

Info about what those experiences could be isn't available, but half of AMC's investment is earmarked specifically for making them. And, with the likes of directors Gore Verbinski and Steven Spielberg, composer Hans Zimmer and former Disney Imagineering chief Bruce Vaughn calling the shots, maybe they'll be a bit more memorable than crappy tie-ins we've seen before.

Source: PR Newswire
Coverage: The Verge, The Hollywood Reporter, New York Times
In this article: amc, av, brucevaughn, dreamscape, dreamscapeimmersive, entertainment, goreverbinski, hanszimmer, movies, roomscalevr, stevenspielberg, virtualreality, vr
All products recommended by Engadget are selected by our editorial team, independent of our parent company. Some of our stories include affiliate links. If you buy something through one of these links, we may earn an affiliate commission.