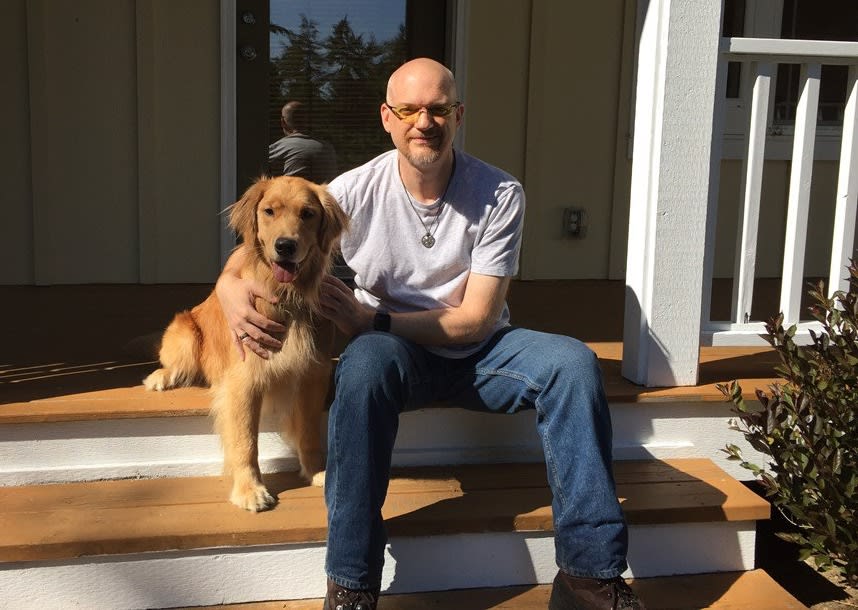 Stephen "StepTo" Toulouse, a tech vet, humorist and author well known for his role in managing Xbox Live over the years has passed away. His brother Jeff Toulouse tweeted that "It is with heavy hearts that we announce the loss of our brother, Stephen Toulouse, @Stepto, this morning." A Microsoft employee for nearly 18 years, Stephen served as director of Xbox Live policy and enforcement until early 2012 and helped shape the company's response to issues online communities are still struggling to deal with.

Reddit adjusted its policies to deal with material that "encourages, glorifies, incites or calls for violence" while dumping the /Nazi board earlier this week, and Twitter has only lately decided to strengthen similar policies. In 2010 Toulouse explained to an Xbox Live gamer why a swastika was already a bannable offense there, saying "If you think the swastika symbol should be re-evaluated by societies all over the Earth, I think that's great. Your Xbox Live profile or in game logo, which doesn't have the context to explain your goal, is not the right place to do that."

He also created "StepTo's Law" of ban protests which read as follows:

"The more convoluted, overwrought and lengthy the protest of innocence, the probability of it being bullshit approaches one."

Software engineer Brianna Wu tweeted about Toulouse that "I can think of no better way to honor @stepto than for him to be remembered as one of the first, hardest fighting activists on harassment."

RIP my friend. I shall miss you very much 😢 https://t.co/IlROlV947l

So many memories of @stepto. I'll never forget all the good times at Xbox, or our dogs growing up together at our favorite dog park. pic.twitter.com/mwsJts5UTZ

Source: Stepto.com
Coverage: John Scalzi
In this article: gaming, internet, microsoft, obituary, RIP, stephen-toulouse, stephentoulouse, stepto, XboxLive
All products recommended by Engadget are selected by our editorial team, independent of our parent company. Some of our stories include affiliate links. If you buy something through one of these links, we may earn an affiliate commission.