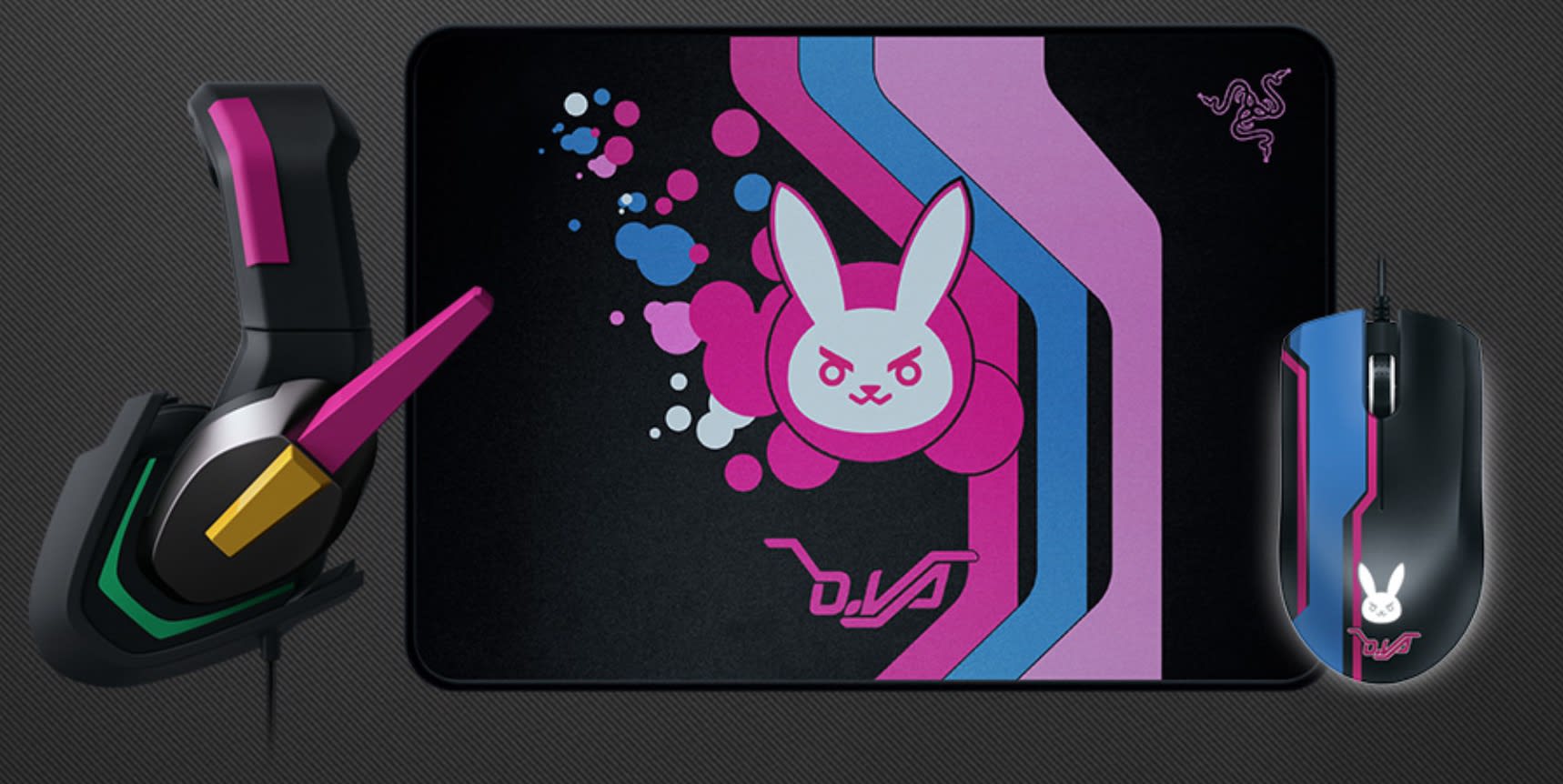 Are you into Overwatch as a broadcaster, looking to use Blizzard's new influencer-friendly features? Or are you a super fan who's played through every special event since the game released? Did you start playing the developer's more traditional MOBA, Heroes of the Storm because it added the pink mech-stylings of D.Va? Then you'll love this new gear from Razer, with an amazingly perfect D.va-styled headset, mouse and mousepad.

In the Overwatch fiction, D.Va's real name is Hana Song. She's a 19-year-old Korean who played competitive Starcraft (the classic Blizzard title) and dreams of being a famous actress. Her character pilots a big mech suit, and she tends to fill a tank role on teams during combat.

The D.Va Razer Abyssus Elite has a lovely new D.Va look, as well. For $60, you can have this pink and blue gaming mouse with a 7,200 DPI optical sensor, three really responsive buttons and a design that you can use if you're a leftie or a rightie. If you're super committed to your D.Va theme, you can grab the D.Va Razer Goliathus mouse pad (or "soft mat," if you prefer) for $20. It's got a super tight cloth weave on top to let your mouse slide effortlessly suring combat, and Razer promises that it will stay flat even if you roll it up to keep in a backpack. These aren't the first Overwatch-themed peripherals from Razer, which released a headset and mouse with styling based on the main game, but they're likely to be the first ones we actually want.

Update: Razer updated Engadget with price and availability details, as follows. The Meka headset will retail for $80 in December through Razer's own online portal Razerzone, and sometime in the fourth quarter on both Blizzard's store and other retailers.

Via: Polygon
Source: Blizzard
In this article: av, blizzard, d.va, gaming, headset, mecha, mouse, mousepad, overwatch, personal computing, personalcomputing, razer, softmat, tank
All products recommended by Engadget are selected by our editorial team, independent of our parent company. Some of our stories include affiliate links. If you buy something through one of these links, we may earn an affiliate commission.