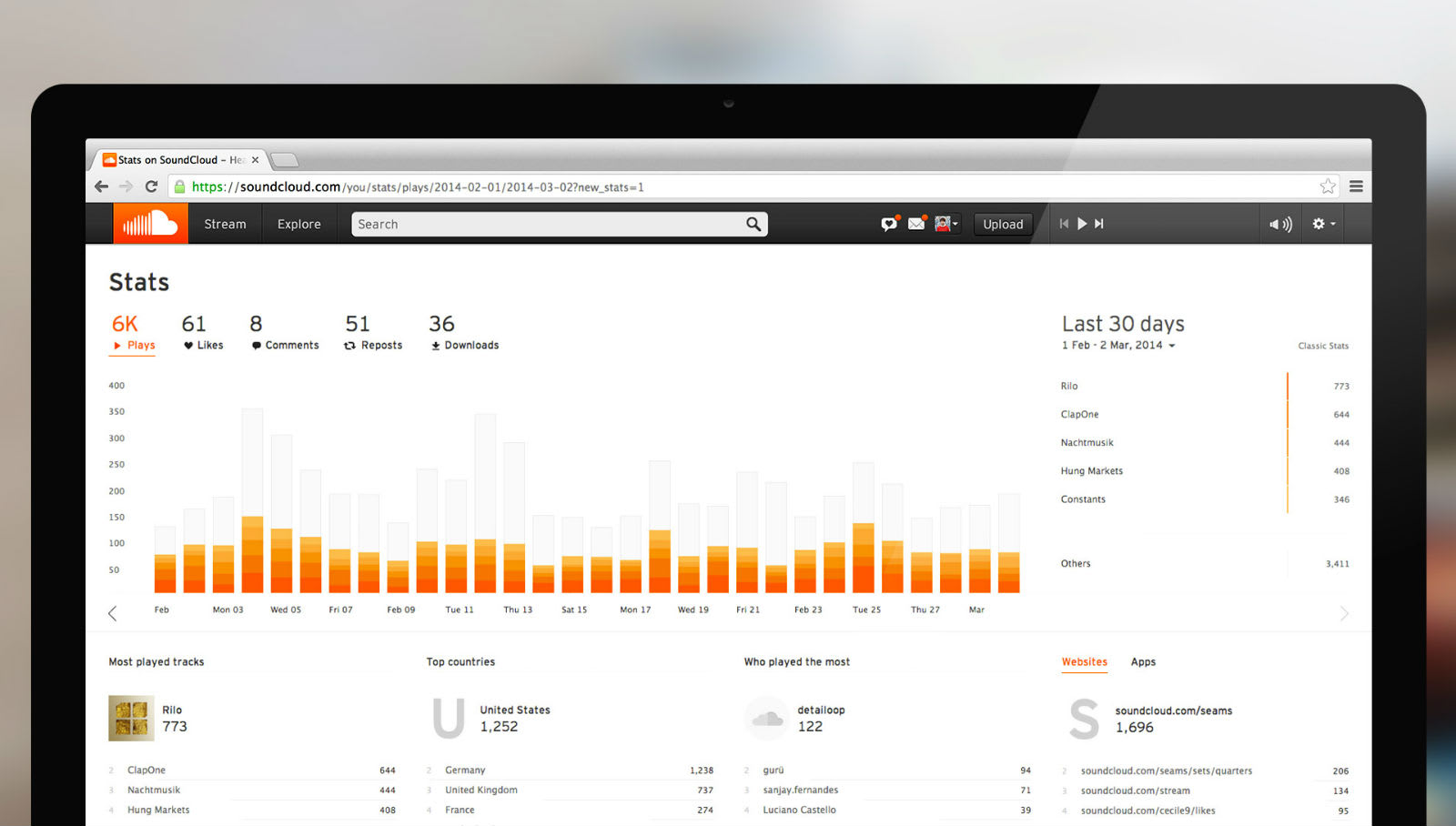 SoundCloud wants the world (and, more importantly, record labels) to know that it can break artists too. And, who can blame it. It must sting when Apple Music declares that it helped Post Malone (who went viral on SoundCloud before invading the Billboard Hot 100) become a streaming record-breaker. And, when Spotify's Rap Caviar playlist (stocked with SoundCloud upstarts, like Lil' Uzi Vert and Lil' Pump) is hailed as a hit-maker. Its solution? A new stat that reveals the power of its algorithm in helping creators nab more plays. The update follows the insights SoundCloud added to its SoundCloud Pulse app and the web, including playlist streams and top listeners, cities and countries.

This time, the stats are even more granular. Creators will be able to see how often their tracks are receiving plays through algorithmic discovery features, such as "related tracks," artist stations, and The Upload: SoundCloud's personalized new music feed.

The problem for SoundCloud -- a home to underground artists -- is its inability to monetize. We're talking about a company that almost went under as recently as August - - it survived by laying off hundreds, replacing its CEO, and securing some much-needed cash. But, it also shot itself in the foot by failing to capitalize on the success of an entire genre built on the back of its service (SoundCoud Rap). And, it continues to suffer setbacks -- last month, Billboard announced that ad-supported streaming services (like SoundCloud and YouTube) will carry less weight compared to paid services when it comes to its chart rankings, starting in 2018. Meanwhile, SoundCloud's attempt at corralling paying subscribers (SoundCloud Go) was a mess.

But, doubling down on analytics is a step in the right direction. At the very least, it should please uploaders (the lifeblood of the service). What's more, it could help position it as an influential distributor, in the vein of its popular rivals. Maybe it would be wise to ditch the video shows, though, which didn't work for Spotify either.

In this article: gear, internet, mobile, MusicStreaming, soundcloud
All products recommended by Engadget are selected by our editorial team, independent of our parent company. Some of our stories include affiliate links. If you buy something through one of these links, we may earn an affiliate commission.