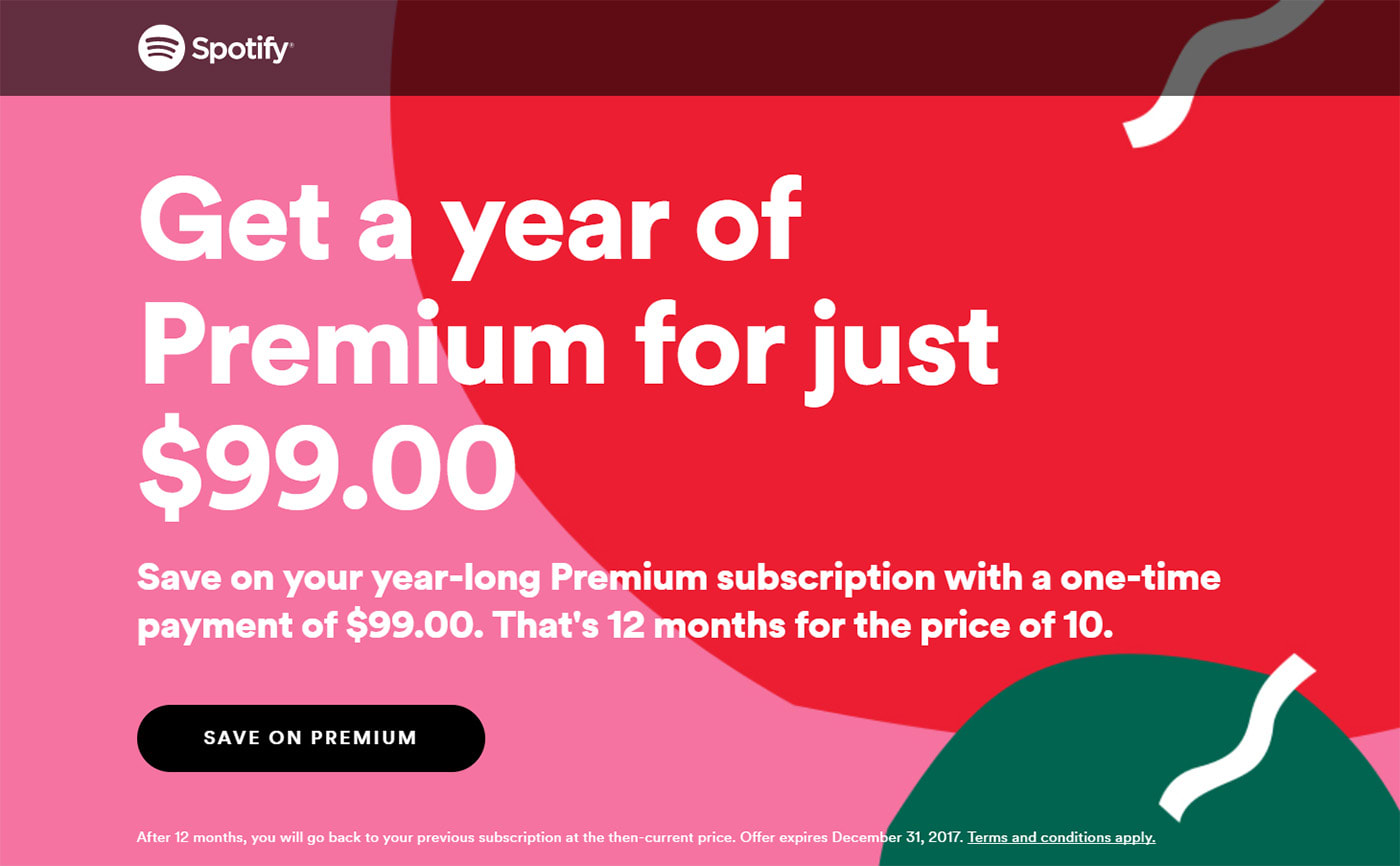 For the holidays and Taylor Swift's Reputation streaming launch, Spotify is offering new and existing subscribers of its Premium, ad-free service at a discount. You get a year of service for $99 up front, a discount of two months or $20 over the regular price. (That works out to $8.25 per month, $1.74 off the regular $9.99 monthly price.) The only catch is that the deal is not available to family plan members, and you can't cancel after the 14-day cooling-off period, unlike with the regular monthly plan.

So far, this appears to be a one-time offer that expires at the end of the year. The company has far and away the largest streaming subscriber base with over 60 million subscribers as of July, 2017, double what Apple Music has (Spotify hasn't released numbers since then). In June of this year, Apple quietly unveiled a permanent $99 per year subscription for existing users. Amazon Music Unlimited, meanwhile, is $7.99 for Prime members, which works out to about $96 per year.

Spotify recently made changes to benefit artists, limiting song access in the ad-supported version, and buying Mediachain, a company that helps it figure out who owns royalty rights. Despite the subscriber numbers and $2.2 billion in revenue last quarter, Spotify still ran an operating loss of around $120-240 million last quarter.

Given that, it makes sense for Spotify to launch a yearly streaming deal to get a shot of revenue over the holidays. If you're an existing Premium user or having been thinking of signing up, you can grab the deal here until the end of the year.

Source: Spotify
In this article: av, Discount, entertainment, spotify, SpotifyPremium, Subscription, Year
All products recommended by Engadget are selected by our editorial team, independent of our parent company. Some of our stories include affiliate links. If you buy something through one of these links, we may earn an affiliate commission.