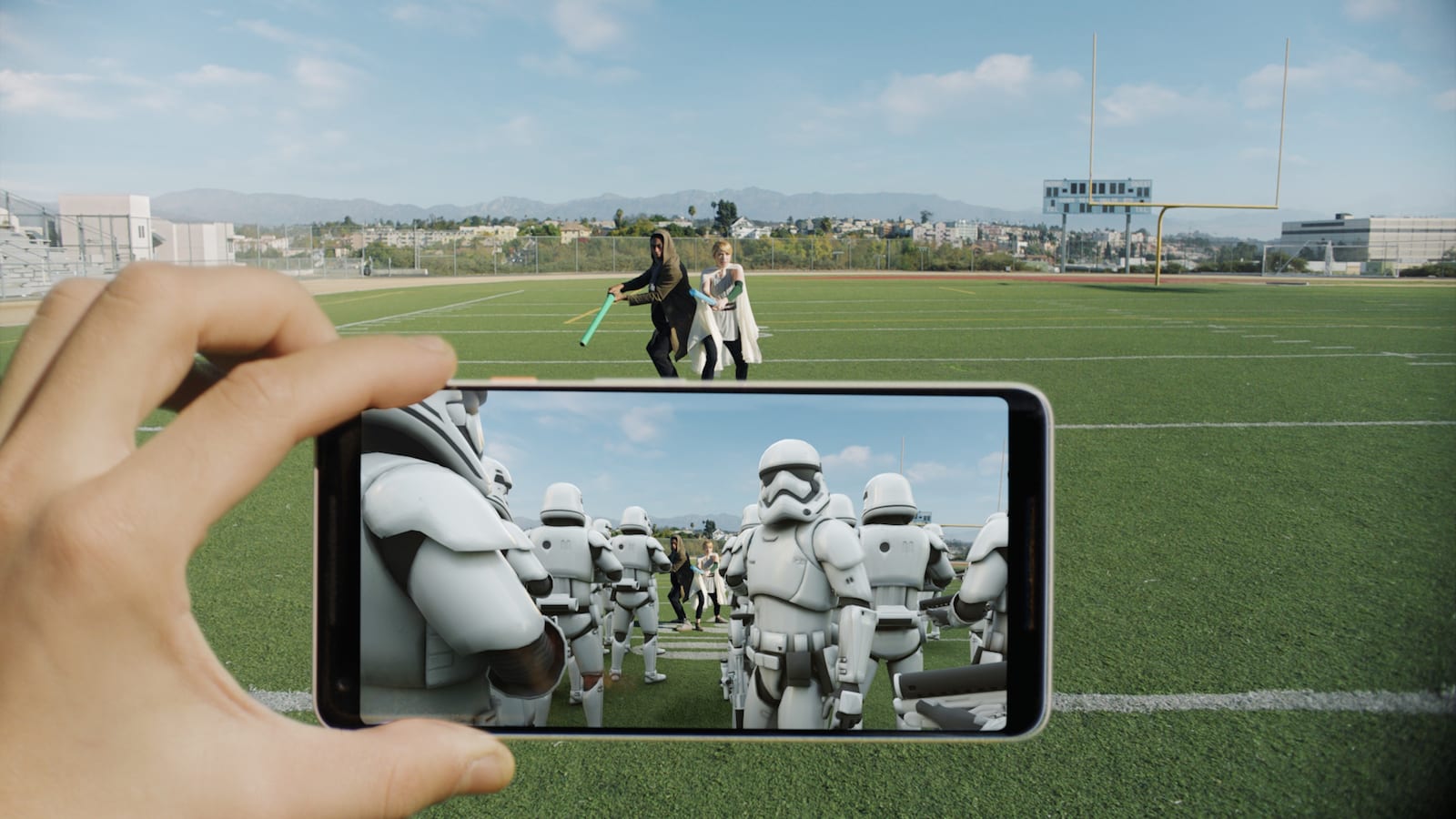 During Google's Pixel 2 event in October, the company teased its upcoming AR stickers and starting today, Pixel users can actually get their hands on them. Those with Pixel phones running Android 8.1 Oreo will have access to AR stickers like Foodmoji, 3D text and celebratory balloons and champagne just in time for the holidays. And ahead of Star Wars: The Last Jedi, Pixel users can also get a pack of Star Wars-themed AR stickers.

You can check out the Star Wars stickers in the video below or the image above and overall they look pretty great. They seem to have a much better quality than the Stranger Things AR stickers that we've seen previews of before and are also being released today. And they look way better than that Snapchat Star Wars Lens.

To add these stickers to your photos or videos, just open the camera app, switch to AR Stickers mode, select which sticker pack you'd like to use and the drop the stickers into the scene. You can then resize them and move them around and they'll also interact with whatever else is in the image.

The new AR Stickers are rolling out to Pixel users over the next few days and Google says more sticker packs will be released in the future.

In this article: ar, arstickers, av, design, foodmoji, gear, google, mobile, pixel, pixel2, StarWars, starwarsthelastjedi, Stickers, StrangerThings, video
All products recommended by Engadget are selected by our editorial team, independent of our parent company. Some of our stories include affiliate links. If you buy something through one of these links, we may earn an affiliate commission.