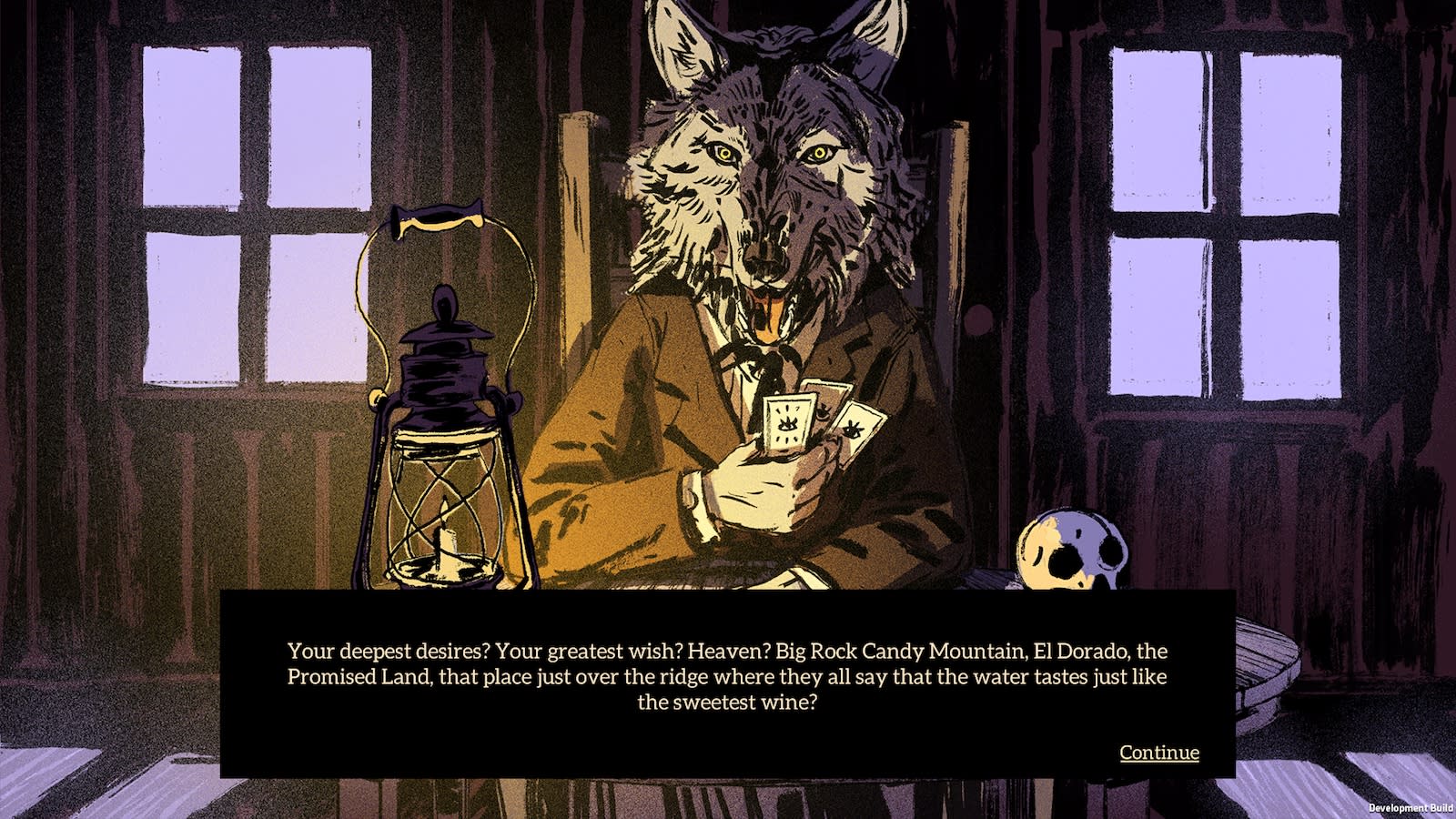 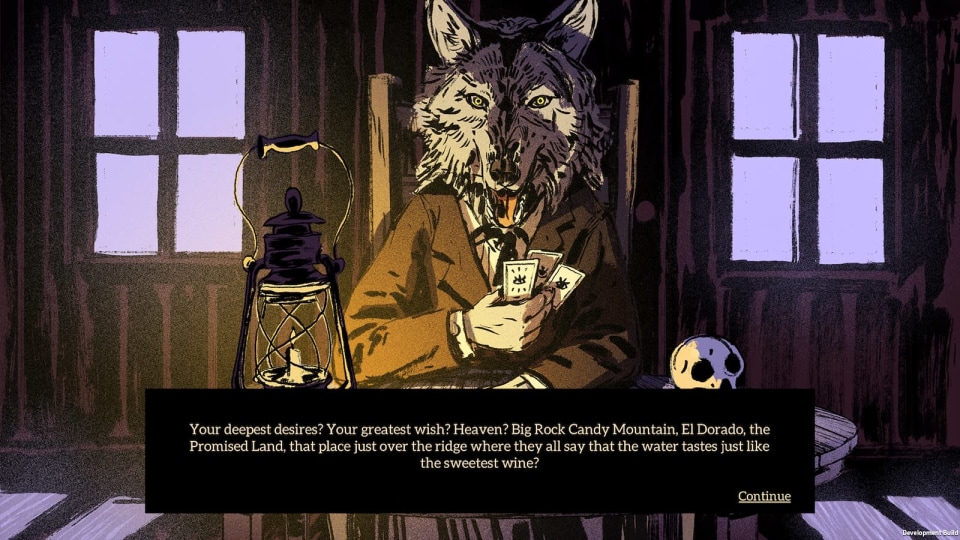 When the story trailer for Where the Water Tastes Like Wine dropped in August, it featured the voice of one of the most prolific and famous singers of the past forty years -- and no one noticed. Sting, the lead singer and bassist of the Police and a successful solo artist in his own right, voices the wolf in Where the Water Tastes Like Wine, which basically makes him the narrator of the entire game.

Where the Water Tastes Like Wine is a surreal, poetic journey through American legend and fantasy, featuring hand-drawn art and original folk music. It spans a century of US history, introducing players to a vast cast of drifters, fortune tellers and magical creatures -- which makes the inclusion of Sting, a British rock musician, even more unexpected.

Where the Water Tastes Like Wine is developed by Dim Bulb Games and Serenity Forge, and published by Good Shepherd Entertainment. Look out for it on PC in early 2018 -- we certainly are.

In this article: av, design, gaming, indie, personal computing, personalcomputing, sting, VoiceActing, wherethewatertasteslikewine
All products recommended by Engadget are selected by our editorial team, independent of our parent company. Some of our stories include affiliate links. If you buy something through one of these links, we may earn an affiliate commission.