The totally normal, completely unsurprising lack of women at CES

There were zero female keynote speakers at CES this year.
J. Conditt|01.15.18
@JessConditt

There's a spot on the corner of Paradise Road and Sahara Avenue in Las Vegas where you can stand, facing the convention center, and see ads for Huawei, Hisense, Bosch and naked women. The tech-branded tents and billboards have now disappeared, soon replaced by different ads specific to a different industry, but for one week in January every year, Sin City is overrun with technology companies for CES.

The newsstand offering images of nude women isn't directly connected to CES, but it's still there, in the background of the entire show -- this idea of women as commodities rather than thought leaders, creatives, entrepreneurs or even a viable market. The Consumer Technology Association, which puts on CES every year, came under fire in November when it announced the 2018 lineup of keynote speakers, all of whom were men. White men, in fact, aside from one speaker.

Comments to this article have now been closed.

Tech-industry leaders, people on Twitter and groups like Gender Avenger noticed the lack of women in the keynote lineup and started the hashtag #CESSoMale. Others compiled lists of female tech leaders who could potentially host a keynote address, noting that this would be the second year in a row without any female keynote speakers.

"When the lineup was announced, I immediately imagined all the women like me, sitting in a dark room, watching the stage and waiting for that sign of a future in which they could see themselves -- and waiting and waiting and waiting and having that not happen," Sonos Chief Marketing Officer Joy Howard said. "That feeling is really demoralizing when you're trying to be a part of the future of technology."

To keynote at CES, the speaker must head (president/CEO level) a large entity who has name recognition in the industry. As upsetting as it is, there is a limited pool when it comes to women in these positions. We feel your pain. It bothers us, too. The tech industry and every industry must do better.

Chupka and CTA president Gary Shapiro promised to add women to the keynote lineup, but they didn't. The CTA did, however, redesign the keynote page, adding women from smaller conferences to the main hub.

For many women at CES, the lack of female representation in the keynote wasn't surprising. It wasn't even solely the CTA's fault. A 2016 study by the National Center for Women and Information Technology found women held 57 percent of all professional occupations yet only 25 percent of all computing jobs. These figures were even lower for nonwhite women: Asian women held 5 percent of jobs in the computing industry, black women held 3 percent and Latinas held just 1 percent. 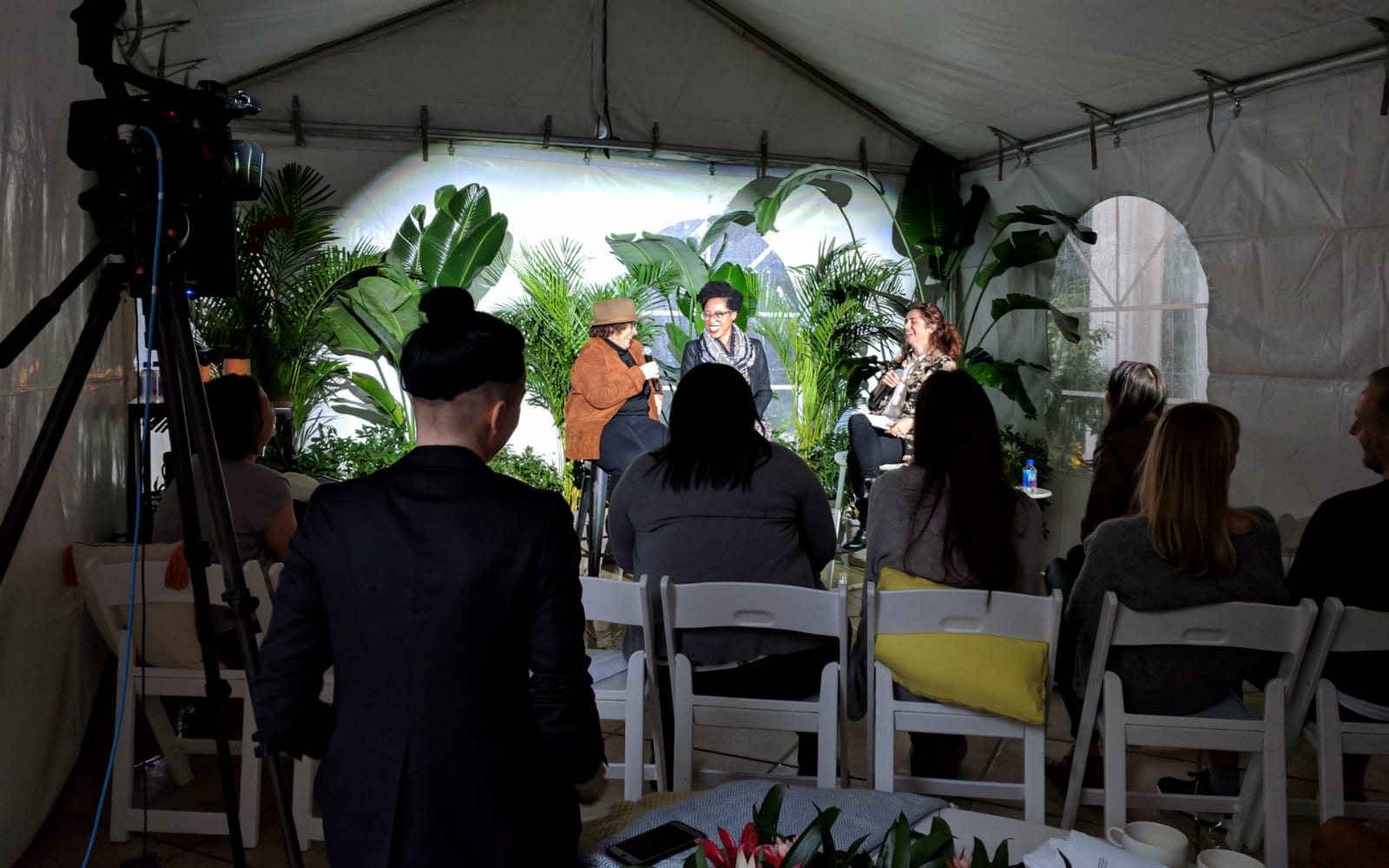 To be in 2018 and still have a CES where there are no female [keynotes] -- it's really disappointing. I can't say surprising, but disappointing to say the least.

A handful of tech-industry leaders have recently lost their jobs over claims of sexual harassment or encouraging a sexist culture, including Hyperloop One co-founder Shervin Pishevar and former Uber CEO Travis Kalanick.

Because of these facts and based on copious amounts of personal experience in the tech space, Dr. Knatokie Ford wasn't shocked at the CES keynote lineup. She's the founder of the consulting group Fly Sci Enterprise and served as senior policy adviser for the White House Office of Science and Technology Policy under President Barack Obama.

"It's disappointing most of all, especially given that there have been so many conversations happening for so long about the importance of diversity and inclusion," she said. "To be in 2018 and still have a CES where there are no female [keynotes] -- it's really disappointing. I can't say surprising, but disappointing to say the least."

Ford was a speaker at the Boom Boom Room, a CES-adjacent event for women in technology hosted by Sonos. It was an intimate, four-hour session held in the Villas at the Mirage, featuring women leaders in tech and music. The talks were held outside on the first day of CES, in a small white tent under gray skies and pounding rain, but the event itself was warm. Laughter regularly punctuated the rolling drops of rain as women like Ford and iHeartMedia EVP and CMO Gayle Troberman shared stories of challenges and triumph in male-dominated workspaces. The Boom Boom Room extended beyond tech to include members of the music industry as well. Leah Julius is the bassist of the band Thunderpussy, which was featured at the event.

"I wish I was surprised," she said about the lack of female representation in tech. "No, I'm not surprised. It feels really similar actually to the music industry in that it still is very male-dominated, obviously. But it feels like this year, and just kind of this time, things are feeling different in general. Talking to other women here in tech, it seems like they're feeling it too."

Sexism and sexual harassment are hot topics on the mainstream stage, with women across a range of industries speaking out about their experiences and demanding change. The #MeToo movement saw women around the globe sharing personal stories of sexual harassment at work, while the Time's Up campaign dominated the dialogue at the Golden Globes, as female actresses wore black and stood with activists on the red carpet. With events like the Boom Boom Room, the tech industry is part of this conversation too.

One point that many female tech leaders come back to is the idea that companies are making a bad business decision by essentially ignoring half the population -- half of their total addressable market. Liz Klinger is the CEO of Lioness, a company that makes smart vibrators and recently launched Artgasm, a project that turns female orgasms into works of art. Klinger noticed a lack of women-led companies at CES in 2017 and vowed to get Lioness at the show this year. Though she said Lioness ticked all of the CTA's boxes for inclusion in Eureka Park, its application was denied and the company was eventually even turned away from a women-focused event in the CES Girls' Lounge. Lioness ended up showcasing Artgasm at the Hangover Suite at Caesars Palace and at a booth in the Sands center, thanks to interested investors. Klinger published a blog post about her experience, where she writes the following:

CES could not only do a lot of good by having more female-centric companies showing at the officially sanctioned show  --  but also it's good business for attending retailers and industry partners. Especially considering that women are 50 percent of the customers and users in the world. It's not just a feel good thing or a politically correct thing, though I'm certainly biased towards providing more options for women. It's also a money-making opportunity for everyone involved.

This is an important message, according to Ford. She said companies -- and the CTA -- won't simply do the right thing because it's right. They're looking out for their bottom line. It's a good thing, then, she said, that diversity is good for business.