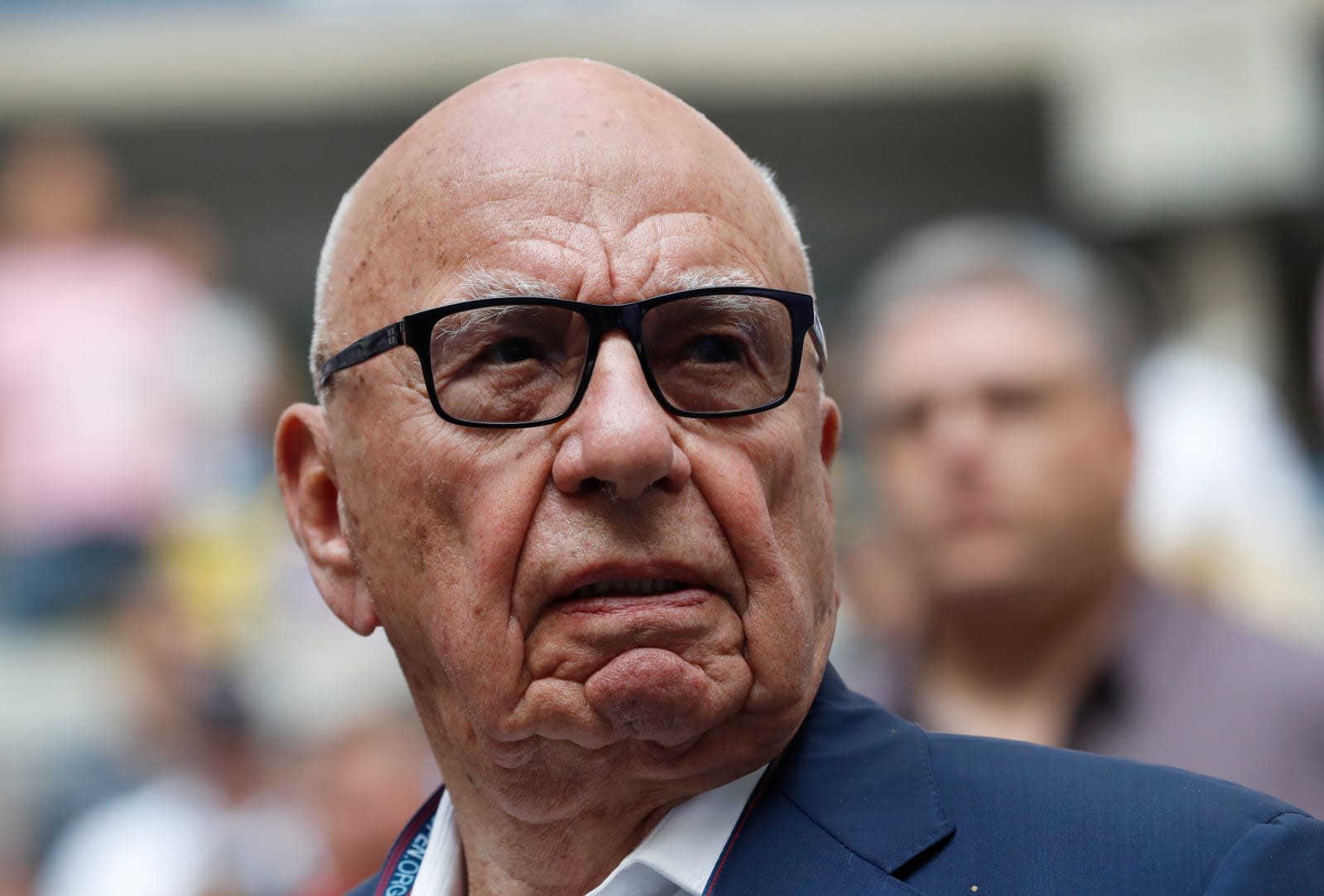 Rupert Murdoch has been blocked by the UK's competition watchdog from completing a full buyout of Sky. The media tycoon, which already owns 21st Century Fox and a range of newspapers including The Times, The Sunday Times and The Sun, launched a £11.7 billion ($14.6 billion) takeover bid in December 2016. If successful, it would give the Murdoch family full control of Sky News, as well as the company's extensive TV, internet and phone businesses in the UK. The Competition and Markets Authority (CMA) rejected the idea, however, due to "media plurality" concerns, or how much power the resulting company would have over public opinion.

"We have provisionally found that if the Fox/Sky merger went ahead as proposed, it would be against the public interest," Anne Lambert, chair of the independent investigation group said. "It would result in the Murdoch family having too much control over news providers in the UK, and too much influence over public opinion and the political agenda." Murdoch already holds a 39 percent stake in Sky. He tried to buy the remaining piece in 2010, but abandoned the deal after News Corporation (which is now 21st Century Fox) was swept up in a hugely damaging phone hacking scandal.

The CMA is consulting on its decision and has proposed business "remedies" that could change its mind. These are unlikely to appeal to Murdoch and 21st Century Fox, however. The first is a complete ban on the transaction, which would preserve the status quo. The CMA is worried, however, that such a move would encourage Sky to close Sky News — if the company's newsroom disappeared, the concerns about "media plurality," or a journalistic monopoly, would arguably go with it. The second is a spin-off or divestiture of Sky News, thereby limiting the impact of a takeover.

The proposed merger has already been approved by Ofcom and the European Commission. Karen Bradley, then culture secretary, referred the bid to the CMA in September last year. Since then, 21st Century Fox has agreed to sell its media empire to Disney for $52 billion. That has complicated the CMA's decision. The regulator says the Disney deal is unlikely to go through before its own inquiry has been completed. As a result, it cannot assume that the transaction will be approved and make recommendations accordingly. It can, however, assess the possible implications and use them to guide its business concessions or "remedies."

The CMA has until May 1st, 2018 to finalise its report. The regulator will submit its findings to Matt Hancock, the secretary of state for Digital, Culture, Media and Sport, who will then make the final decision.

In this article: 21stcenturyfox, Acquisition, business, Buyout, Murdoch, politics, RupertMurdoch, Sky, tomorrow
All products recommended by Engadget are selected by our editorial team, independent of our parent company. Some of our stories include affiliate links. If you buy something through one of these links, we may earn an affiliate commission.