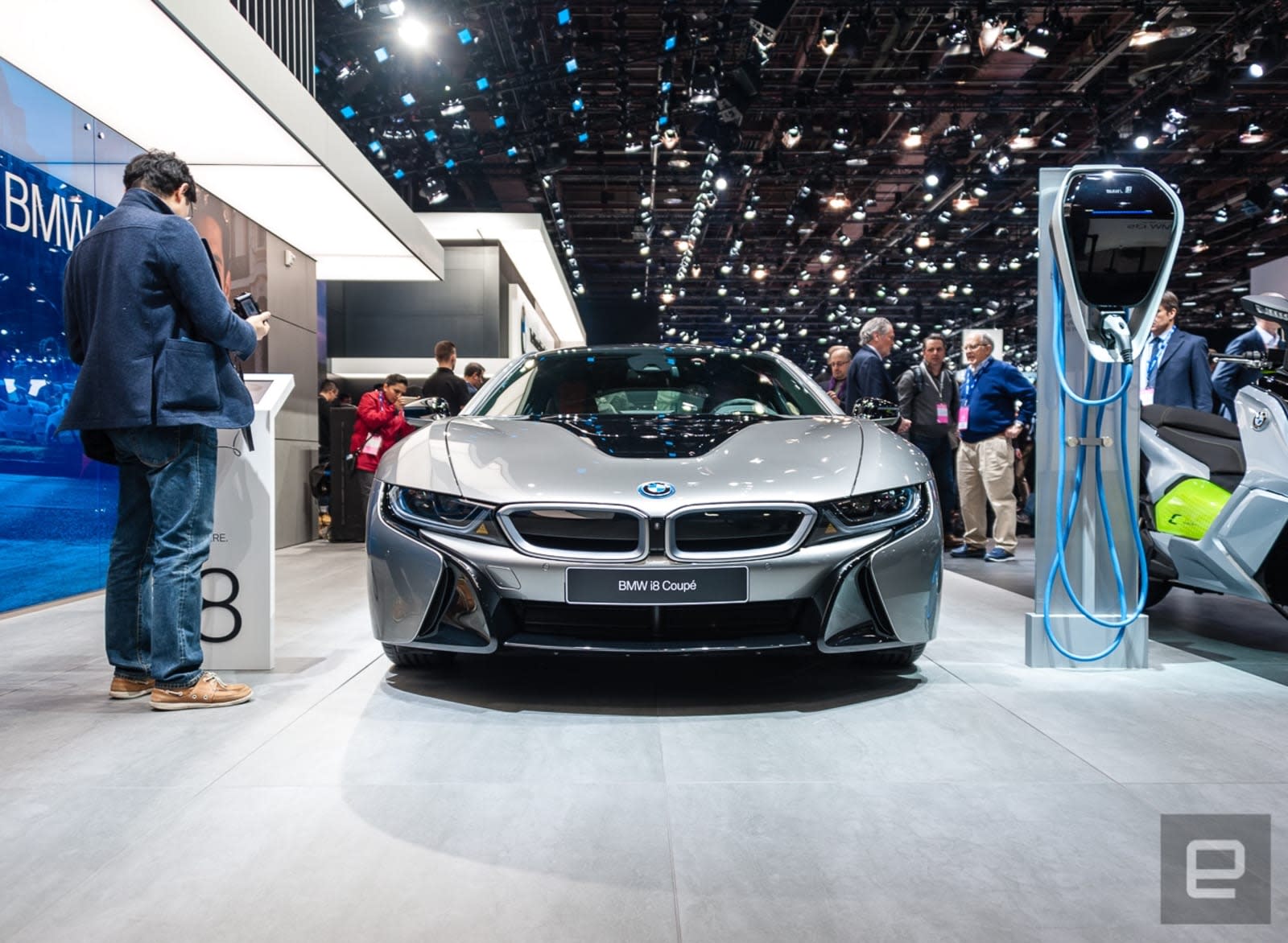 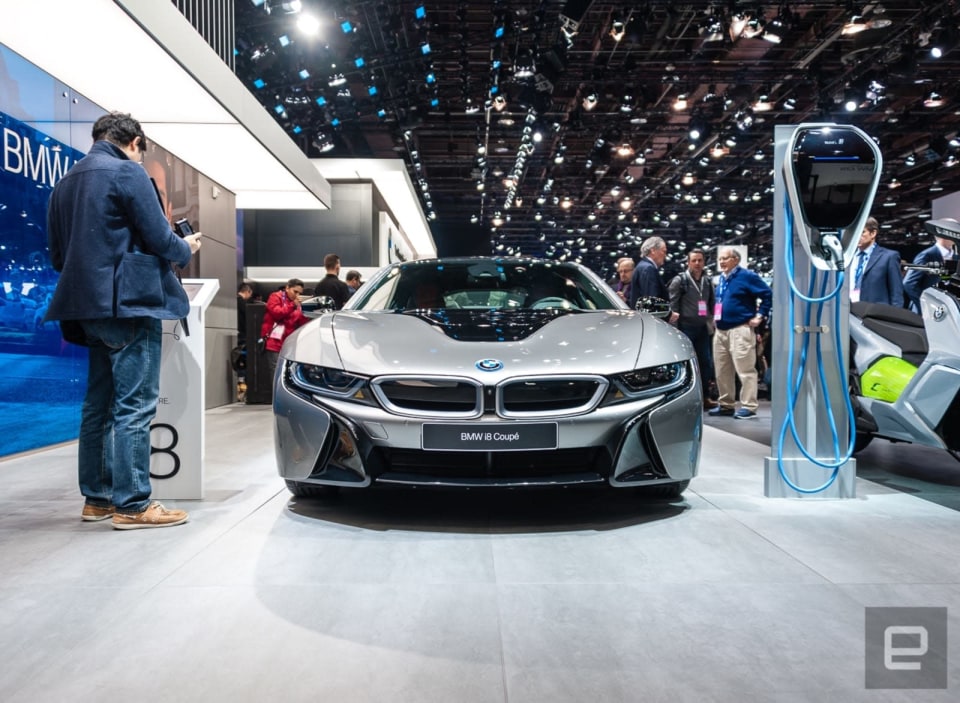 BMW's alternative-fuel interests go beyond plug-in hybrids. Sure, the company has been building a battery-powered ecosystem, with cars like the city-styled i3 and i8 sports Coupe and Roadster serving as the testing grounds for tech that will later trickle down through the rest of the model line. But the company is also licensing its electrification technology to Karma's recently resurrected luxury EV sports car, the Revero, in addition to luxury boats from Torqeedo and yachts from Hinckley.

It's encroaching on Tesla's Power Wall territory too, with lithium-ion batteries that can be taken directly from an i3 and put into service powering a home. Then there's BMW's partnership with Solid Power, a Colorado-based facility researching solid-state batteries, the future of battery architecture. For Stefan Juraschek, BMW's head of electric powertrains, these are necessary steps in the automaker's grand plan to go all-in on electric.

"What we are doing right now," he said in an interview last week at the North American International Auto Show in Detroit, "is we are setting up a new generation."

He describes this next generation as a modular electrification kit that BMW's entire fleet can use, be it a full electric drivetrain or the hybrids the automaker currently offers. You can see this platform in action with the hybrid Mini Countryman S E that debuted in late 2016. The all-wheel-drive compact uses the i8's dual-motor setup, with a gas engine providing power to one set of wheels while an electric motor drives the other. It's a smart stop-gap solution until reality catches up with the battery technology and charging infrastructure required to go full electric. 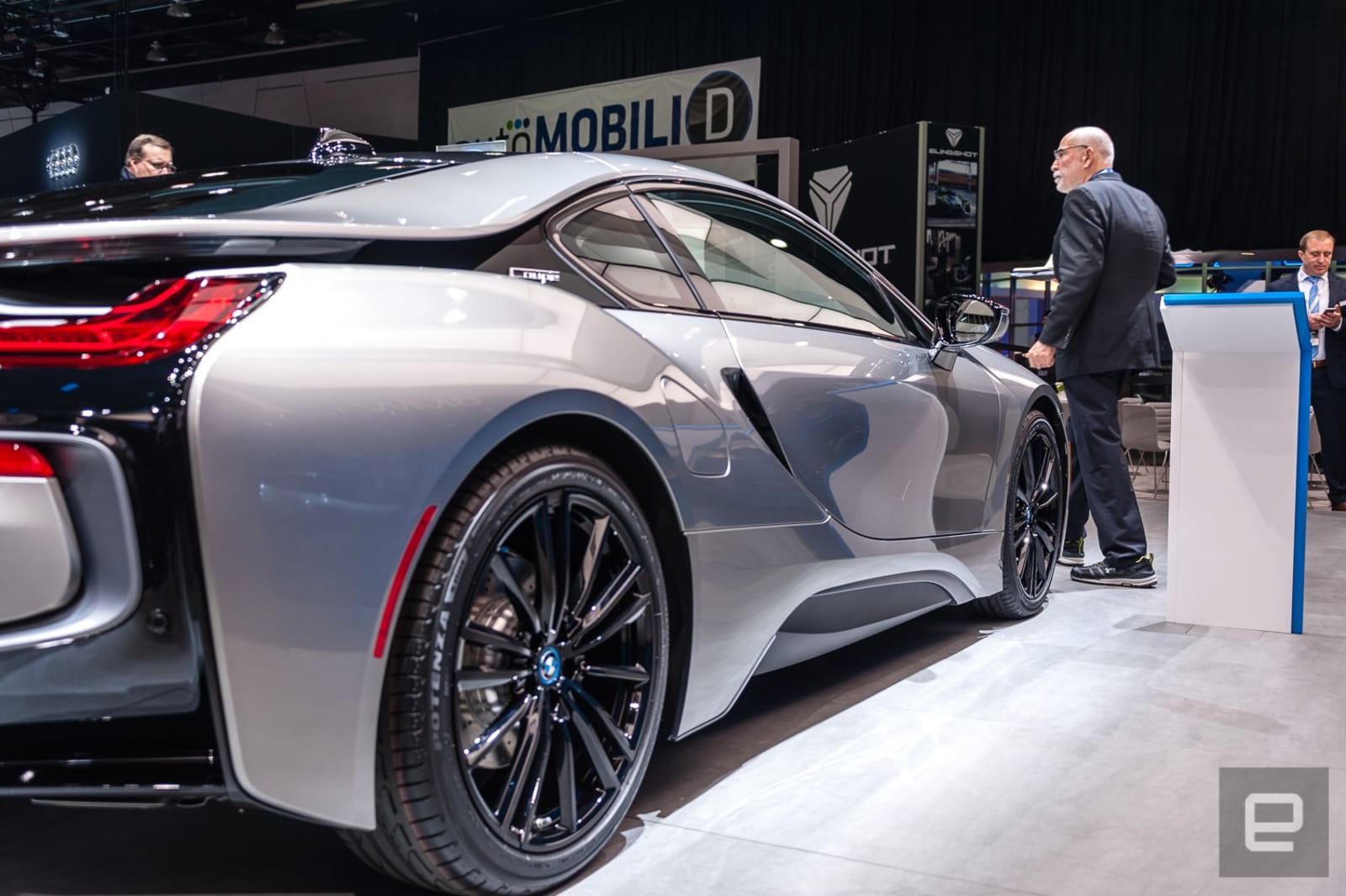 Current lithium-ion battery capacity grows between 5 percent and 7 percent each year -- just look at the i8's jump from 2017 to 2018 if you need proof -- and Juraschek expects those gains to continue. By 2025, they could as much as double from where Li-ion battery capacity was last year. He also predicts Li-ion will be the dominant power supply for at least the next decade.

Come 2025, Juraschek expects that research and development on solid-state batteries will potentially have evolved such that next-gen power supplies can be put into BMW's cars. However, he doesn't anticipate high demand initially, nor does he seem particularly sold on the power supply just yet.

"We assume or expect [solid-state batteries] might be an increase in energy of 20 to 30 percent, but in terms of power," he said, "we aren't sure if we can increase key figures to a higher level." And by key figures, he was referring to things like overall capacity and output. There's also an issue with battery temperature. Solid-state batteries generate (and can withstand) lots of heat, but BMW isn't sure how that will affect performance or passenger comfort.

For BMW's future, the biggest variable is vehicle architecture and what type of cars people will want in 2022 and beyond, regardless of drivetrain. "It's very important that we are able to have a flexible and scalable architecture at that point," he said. The automaker has been vocal about its deliberately paced plans for autonomous driving -- don't expect to see a Level 3 BMW on the road until 2021 -- and it seems to be taking a similar, although faster approach to futuristic EVs and hybrids.

The difference here is that the company has customer data (sales and otherwise) to help chart its way into electrification. "We are looking forward, to go on with the speed of development in a wide range of vehicles that we have for every customer, for every demographic available," Juraschek said. He added that "every model" of electrified vehicle is selling better than expected.

The key tactic for BMW, he notes, is providing a choice in EVs and hybrids for customers. Whether someone is looking for a sporty ride like the i8 or maybe something more pedestrian like the Mini Countryman, the automaker wants to offer a car that's not only green but also lives up to the brand's standards.

"The most important issue we have as BMW is that at the end of the day we have a very reliable solution," he said.

In this article: bmw, electricvehile, ev, i3, i8, i8coupe, i8roadster, lithiumion, mini, minicountraymanse, minicountryman, naias2018, solidstatebattery, stefanjuraschek, tomorrow, transportation
All products recommended by Engadget are selected by our editorial team, independent of our parent company. Some of our stories include affiliate links. If you buy something through one of these links, we may earn an affiliate commission.