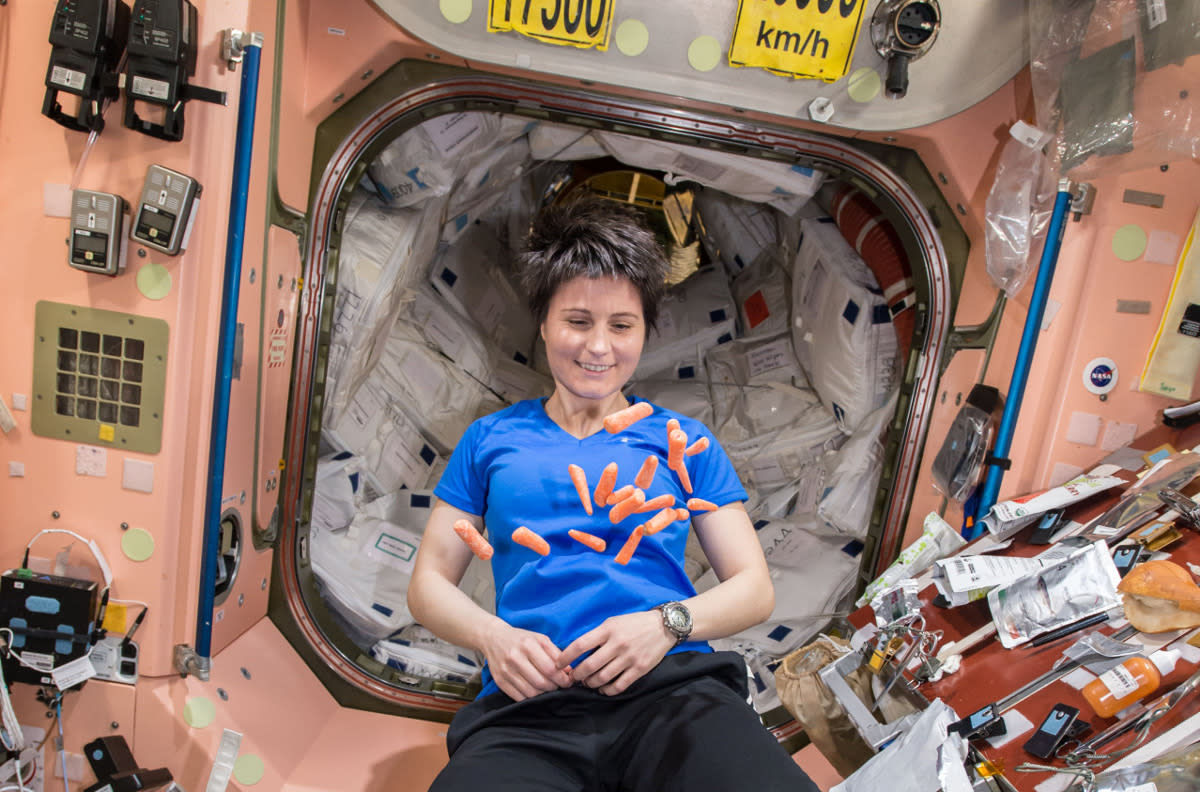 Astronauts aboard the ISS drink recycled pee for a reason: we can only bring so much food and water to to space. Imagine how much more we need to take for that year-long journey to Mars. Since bringing more resources means higher costs -- the heavier a spacecraft is, the more fuel it needs, after all -- scientists are looking to find ways to make self-sustaining vehicles. A team of researchers from Penn State University, for instance, have developed a method to make space food with astronaut poop.

Disgusting? Well, the team's technique doesn't exactly turn the feces itself into food. Instead, it uses microbes to break down solid and liquid human waste with anaerobic digestion, a process that doesn't consume precious oxygen, similar to what happens inside our stomach when we eat. During digestion, the fecal material produces methane, which is then fed to bacteria (Methylococcus capsulatus) naturally found in soil and already used to make animal pellets using a microbial reactor.

When the researchers tested their technique using artificial poop, the end result was biomass that's 52 percent protein and 36 percent fats. That's what future spacefarers would eat -- and what Mark Watney probably would've used as dip for his potatoes if he just had the equipment. Team leader and Penn State professor Christopher House admits that "[i]t's a little strange," but it's like "Marmite or Vegemite where you're eating a smear of 'microbial goo.'" We'll bet space-poop goo is also an acquired taste.

In addition to being packed with nutrients, the goo is also relatively fast to make: researchers said they managed to remove 49 to 59 percent of the solids in the waste material within 13 hours during their tests. That's much faster than current waste management treatment methods, and as House said, it's "faster than growing tomatoes or potatoes."

The researchers also found potential food sources other than Methylococcus capsulatus during their tests. When they tried growing microbes in either an alkaline or a high-heat environment to prevent the growth of pathogens, they discovered that a bacterium called Halomonas desiderata (15 percent protein and 7 percent fats) can thrive in the harsh conditions. Another species of bacteria called Thermus aquaticus can live in environments reaching 158 degrees Fahrenheit, as well. With a nutritional value that's 61 percent protein and 16 percent fats, it's yet another possible source of microbial goo grub for future astronauts.

In this article: astronauts, deepspace, deepspacegateway, exploration, food, nasa, space, tomorrow
All products recommended by Engadget are selected by our editorial team, independent of our parent company. Some of our stories include affiliate links. If you buy something through one of these links, we may earn an affiliate commission.