You'd better have a smartphone and checking account if you want to shop there.

If Amazon's newly opened Go supermarket is any indicator, shopping with physical currency won't be an option for much longer. Instead of human cashiers (or even self-checkout stands), the store relies on a range of technology to know who's shopping and what they're buying. Amazon then automatically deducts the cost of your items from your bank account. From a turnstile entrance that identifies shoppers by scanning their smartphones to tracking cameras that know what is pulled from each shelf, Amazon Go bills itself as the shopping experience of the future.

But where do the working poor fit into such a future? Or otherwise underserved and rural communities that may not have access to internet connections, smartphones or even checking accounts? You know, all the things that Amazon's new store demands of shoppers just to get in the door.

As our economy embraces digital transactions while shunning cash, it's the poor that will be most harmed. "There are many people who are unbanked and cannot receive lines of credit for a whole range of reasons," Rainey Reitman, activism director at the Electronic Frontiers Foundation, told Fast Company, "and a ban on cash would particularly impact the unbanked community." 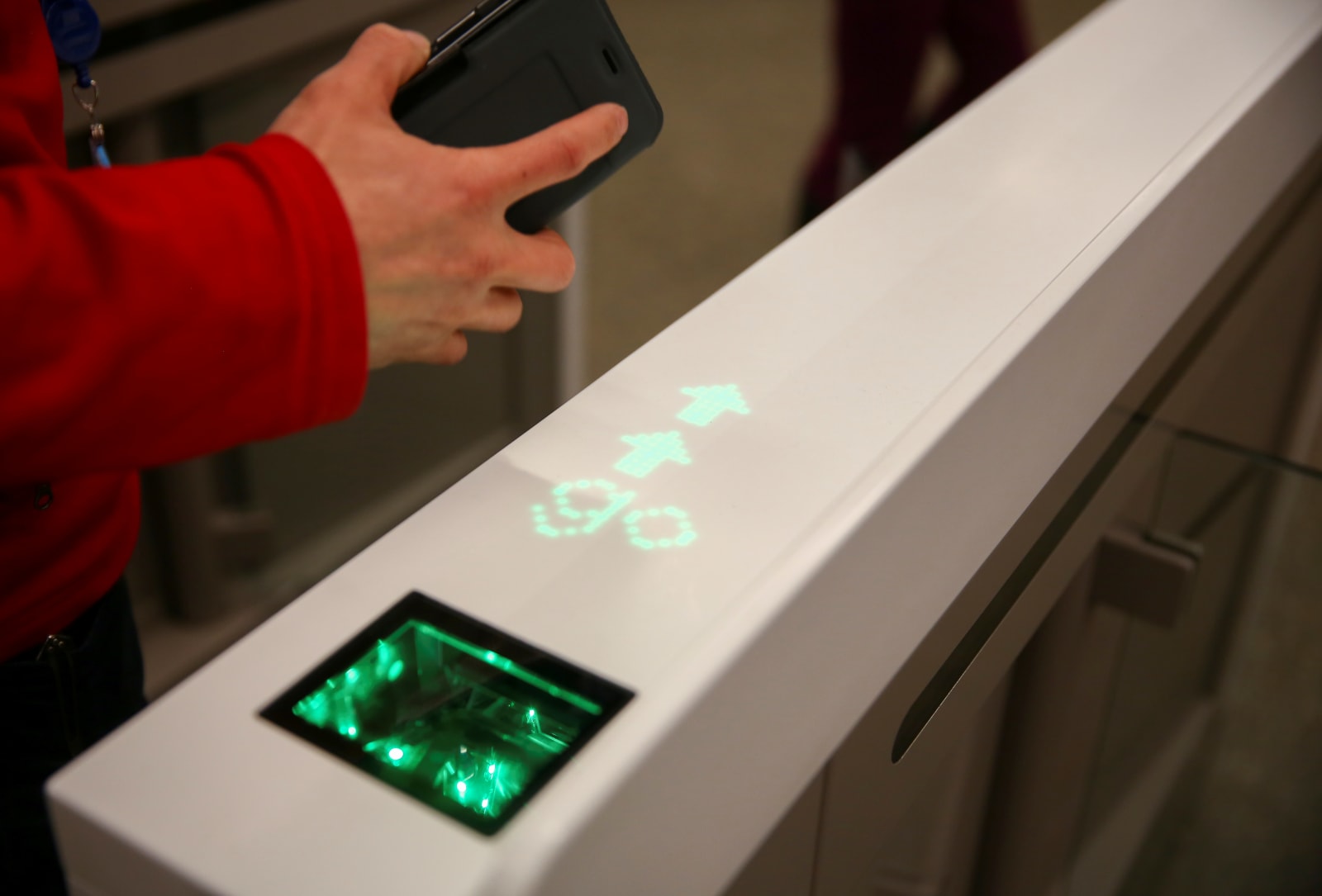 This community is not a small one. According to a 2014 Gallup poll, 29 percent of Americans don't have a credit card. What's more, according to the 2013 U.S. Survey of Consumer Finance, 7.5 percent of American households don't have bank accounts at all -- that's nearly 24 million people. Worldwide, 38 percent of the global population does not have access to a conventional bank account, roughly 2 billion adults. That figure has been shrinking steadily since 2011, per the World Bank, yet more than half of adults in the poorest 40 percent of households in developing countries lack access to a bank account as of 2014. For them, cash is the only way they can participate in the economy.

However, dealing in cash is costly to banks. Storing, processing and transferring stacks of cash is far more expensive for financial institutions than simply wiring digital funds, and those costs are often passed along to the customer.

Prepaid cards are one alternative to dealing in cash and a popular one for the unbanked community. In 2013, the FDIC found that among people without bank accounts, 22 percent had used a general purpose reloadable (GPR) prepaid card within the previous 12 months, compared to just five percent of people with accounts. These cards can be loaded either through direct deposit or cash and utilized like bank-issued debit cards for both online and offline purchases. And because consumers can't spend more money than the card is loaded with, it can serve as a helpful means of budgeting and controlling one's spending without the danger of overdraft fees.

However, GPR cards are not without their drawbacks. They are often saddled with numerous and steep fees for everything from using them to withdraw cash from ATMs to making online purchases -- even putting money on the card can come with a fee. What's more, these fees vary widely between providers, yet according to a 2015 Pew Charitable Trust study, only around a third of consumers actually compare the fees and features of various cards before purchasing them.

Mobile money accounts are another emerging alternative to traditional bank accounts. Mobile money is essentially an electronic wallet that allows users to send and receive funds using their phone. The technology has taken hold in both Sub-Saharan Africa and China, where Alibaba reported in 2014 that more than half of its transactions were made on mobile devices using its Alipay digital wallet. The number of adults in that region with any type of financial account rose from 24 to 34 percent between 2011 and 2014, a 10 percent increase in a region where two-thirds of adults still have no form of financial account at all.

But even as prepaid cards and mobile money accounts move into the mainstream of financial services, they are not a permanent solution to the problems facing the unbanked community. Eventually, government action may prove necessary.

"Clearly you're going to need a way to get everybody into the system if you're going to get rid of cash," Susan Athey, the Economics of Technology Professor at Stanford Graduate School of Business, told Engadget in October. "One of the things the government will have to do is ensure banking access to everyone." 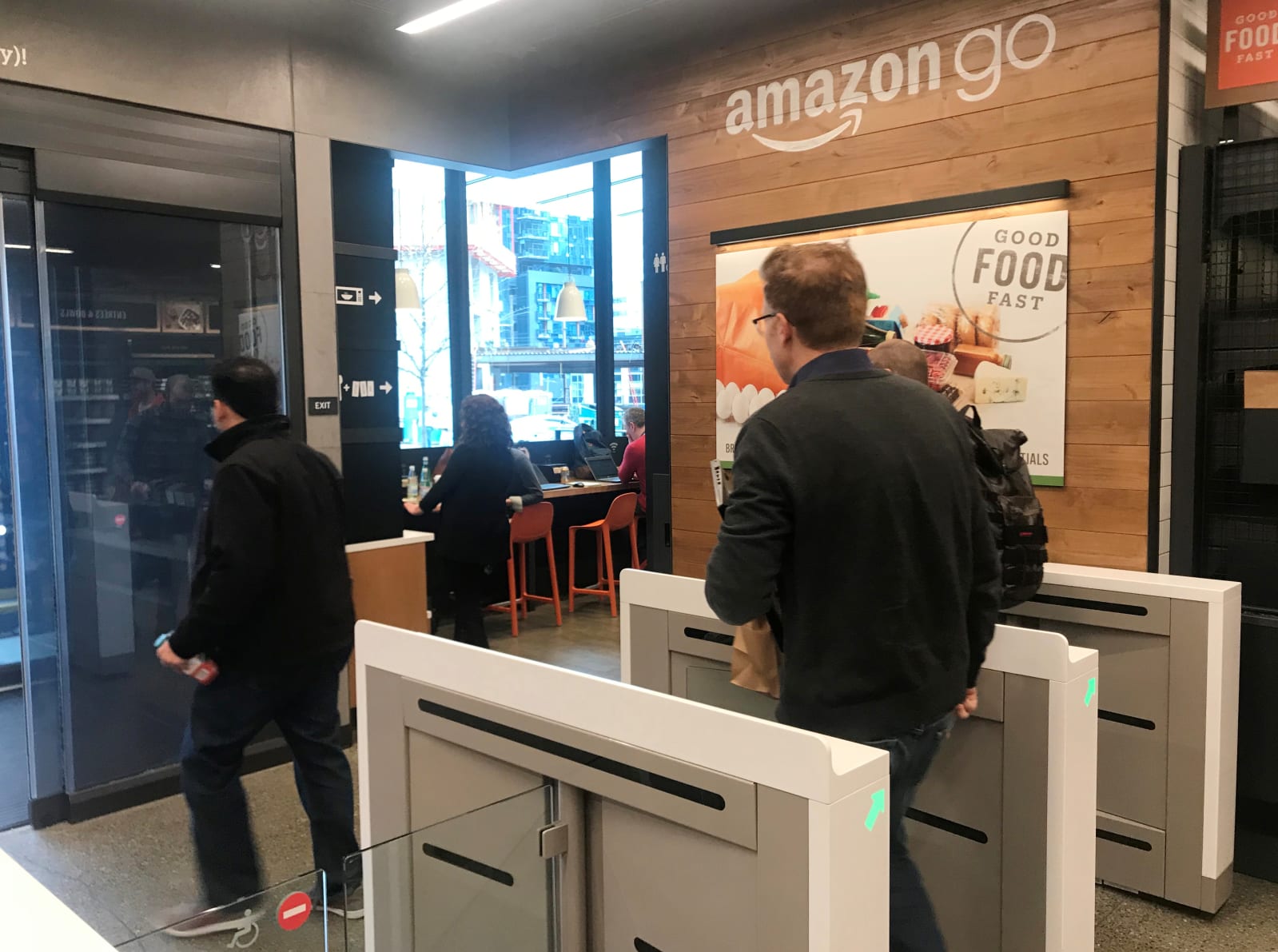 Just as the FDIC offers insurance on both conventional bank accounts and prepaid cards, the government would not be remiss to require financial institutions to offer low-cost services like zero-interest checking accounts to their customers. Doing so would provide a direct means of entry into the world of digital finances for poorer people.

Doing so would also offer a slew of benefits to both consumers and their financial institutions. Previously unbanked customers would not only be able to more fully participate in the economy but also would then have access to safer and speedier financial transactions with less threat of corruption or theft. Meanwhile banks would be able to more accurately track a new set of customers' financial histories, thereby enabling them to create and market a new ecosystem of products such as microloans to these customers, according to the Gates Foundation Financial Services for the Poor program.

Amazon has already taken a number of steps to be as inclusive as it can when it comes to extracting money from its customers. This is the company that pioneered the Dash button (of which there are more than 250 varieties, both physical and digital), after all. For example, Amazon rolled out a new feature dubbed Amazon Pay Places last July, which enables users to pay for items at real-world stores, like TGI Fridays, and pay for them through their existing Amazon account with the mobile app.

What's more, the company already has a mechanism for paying for its wares with cash: It's this wild new thing the kids are calling gift cards, which can be purchased for physical currency at a variety of locations including Western Union, MoneyGram and Coinstar.

Additionally, the company has a separate program called Amazon Cash that enables users to pay their account balances at any of 16 different chains -- like 7-Eleven and GameStop -- by having the cashier swipe a bar code generated by their mobile app and handing over the appropriate amount of money. However, neither of these methods are quite as seamless or as streamlined as what Go shoppers with bank accounts experience, with each demanding a separate trip to a third-party vendor to make the currency exchange. And for the foreseeable future, that will simply be the cost of doing business for those living outside the formal banking system.

All products recommended by Engadget are selected by our editorial team, independent of our parent company. Some of our stories include affiliate links. If you buy something through one of these links, we may earn an affiliate commission. All prices are correct at the time of publishing.
View All Comments
Can Amazon Go help the unbanked go digital?