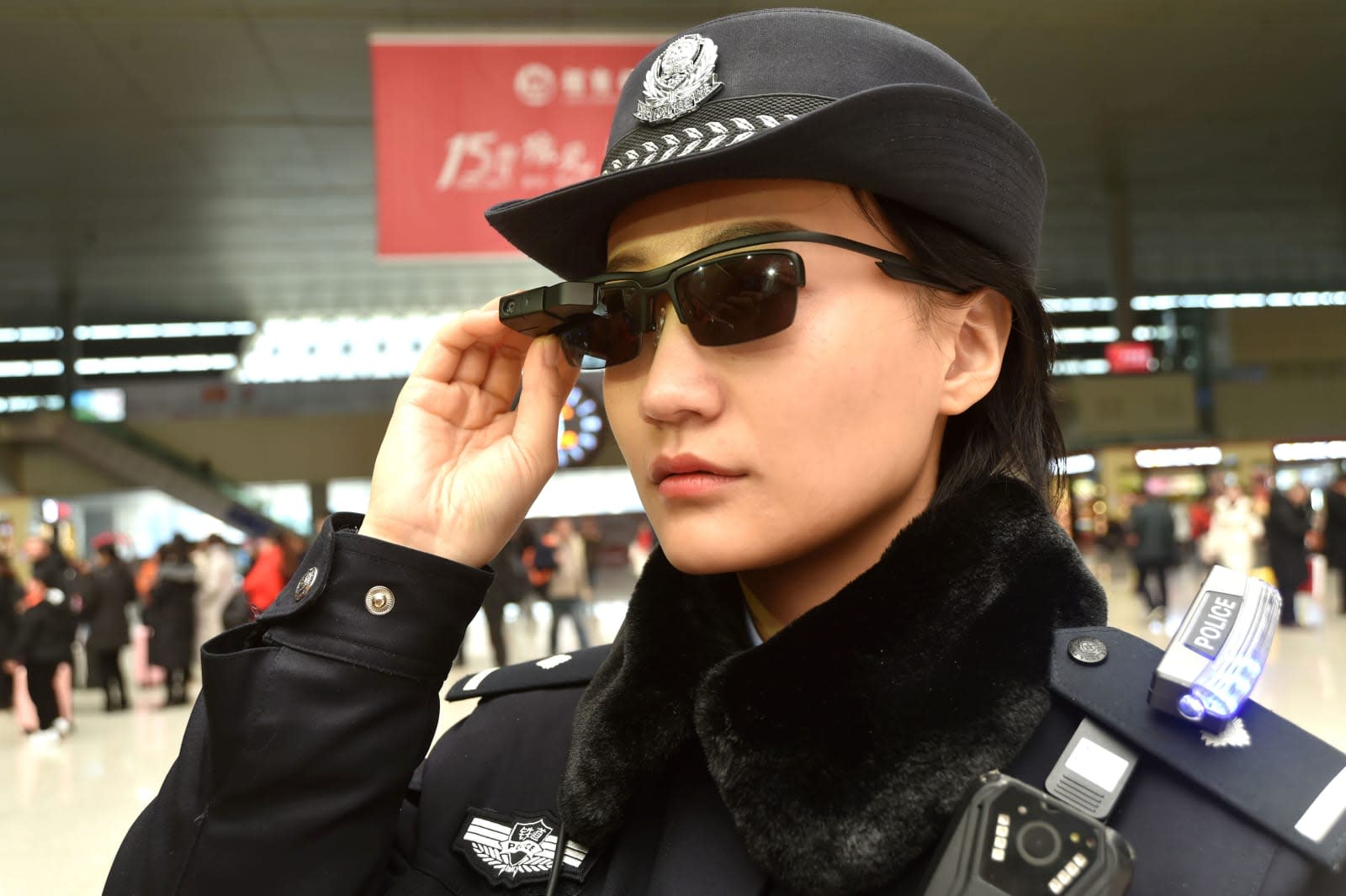 Police in China are now sporting glasses equipped with facial recognition devices and they're using them to scan train riders and plane passengers for individuals who may be trying to avoid law enforcement or are using fake IDs. So far, police have caught seven people connected to major criminal cases and 26 who were using false IDs while traveling, according to People's Daily.

The Wall Street Journal reports that Beijing-based LLVision Technology Co. developed the devices. The company produces wearable video cameras as well and while it sells those to anyone, it's vetting buyers for its facial recognition devices. And, for now, it isn't selling them to consumers. LLVision says that in tests, the system was able to pick out individuals from a database of 10,000 people and it could do so in 100 milliseconds. However, CEO Wu Fei told the Wall Street Journal that in the real world, accuracy would probably drop due to "environmental noise." Additionally, aside from being portable, another difference between these devices and typical facial recognition systems is that the database used for comparing images is contained in a hand-held device rather than the cloud.

Obviously, there are privacy concerns regarding this technology and not everyone believes police should be using it. Amnesty International's William Nee told the Wall Street Journal, "The potential to give individual police officers facial recognition technology in sunglasses could eventually make China's surveillance state all the more ubiquitous." Last month, reports surfaced that China was using facial recognition to geo-fence residents of the Muslim-dominated Xinjiang region of the country, a move that has attracted criticism from a number of human rights groups. China is also working on building a facial recognition database that will contain info on all of its 1.3 billion citizens.

This time of year is one of the busiest travel periods in China as this month hosts the lunar new year. Around 389 million train trips are expected to take place during this year's Spring Festival as well as 65 million trips by air.

In this article: cameras, china, FacialRecognition, gadgetry, gadgets, gear, police, privacy, security, SmartGlasses, surveillance
All products recommended by Engadget are selected by our editorial team, independent of our parent company. Some of our stories include affiliate links. If you buy something through one of these links, we may earn an affiliate commission.