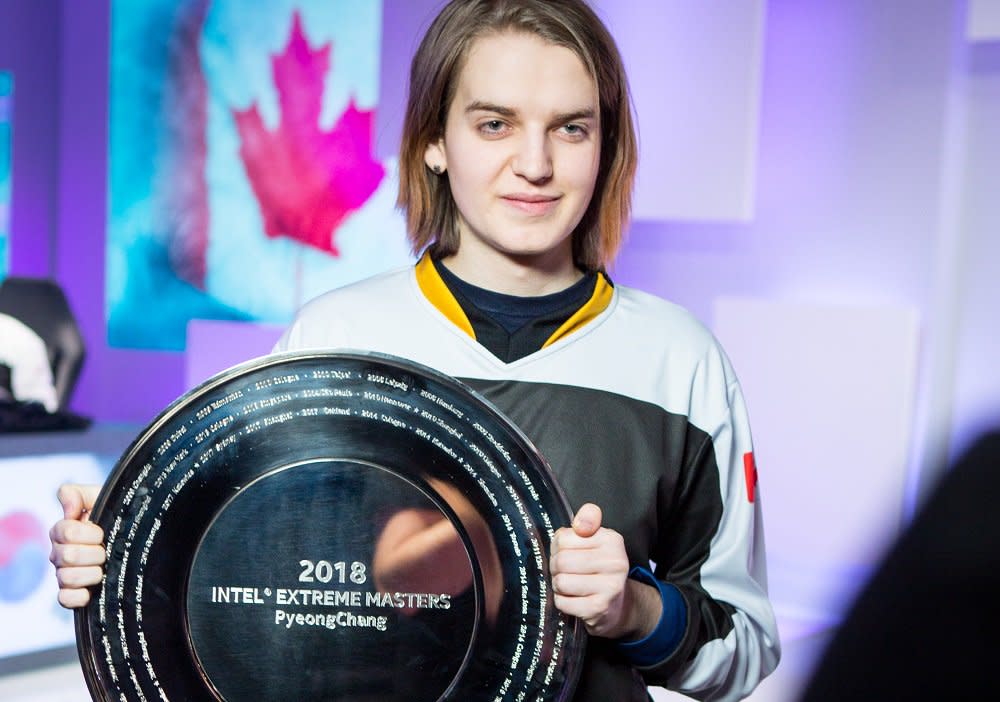 Sasha 'Scarlett' Hostyn is one of the most skilled and successful women in eSports, and she just won a major StarCraft 2 tournament. Not just any competition, either: An Intel Extreme Masters (IEM) tournament was held in Pyeongchang ahead of this weekend's Winter Olympics and, most importantly, is the first competition backed by the International Olympic Committee (IOC). In other words, as Polygon pointed out, Scarlett became the first female winner of a big international StarCraft 2 tournament, which itself is a promising foray in eSports and Olympic collaboration.

Scarlett plays for Team Expert in Canada and has been lauded for her success -- even making the Guinness World Records as the highest-earning female player back in 2016, and has earned over $200,000 in winnings over her career, Polygon noted. Her victory at IEM is additionally notable given she was the only woman to compete this year.

Wouldn't be the winter olympics without a Canadian victory \ o /

The news comes days after rumors that the Overwatch League may sign its first female player -- none other than Geguri, the South Korean player who squashed claims of cheating by dominating her accuser in a 1v1 Overwatch duel back in 2016.

In this article: av, gaming, Intel, olympics, Starcraft2, tournament
All products recommended by Engadget are selected by our editorial team, independent of our parent company. Some of our stories include affiliate links. If you buy something through one of these links, we may earn an affiliate commission.