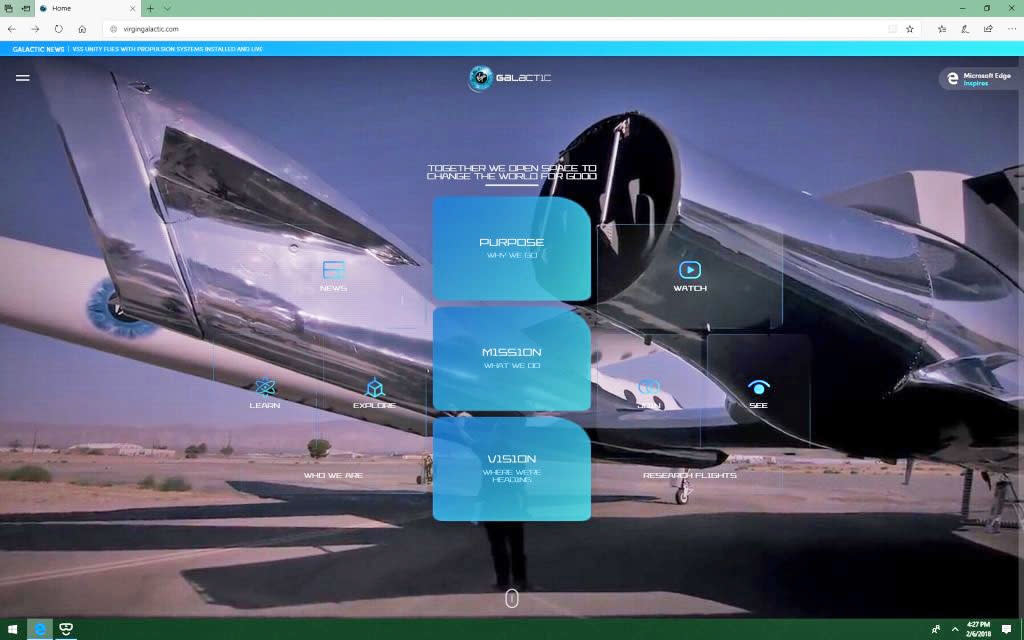 As Virgin Galactic gears up for commercial spaceflights and science research, the company has partnered up with Microsoft and its Edge browser to create a new website that's both mobile-friendly and WebVR optimized. The new site shows off Virgin's efforts to create a new space-based travel industry to good effect.

You'll be able to explore Virgin's "fleet" via Windows mixed reality devices, too. The site will have hotspots that will present VR tours of the company's WhiteKnightTwo, VSS Unity and the Galactic team. A simliar tour, in simple 3D, is available for those without a headset. The site works well in Google Chrome, showing off gorgeous footage of Virgin spaceships, crew videos and company information. The site looks pretty great on a mobile phone, too, with the same buttons and fluid animations as in the desktop browser.

Microsoft Edge isn't the only browser with VR features built in, of course. Google revealed that it has built a VR version of Chrome to work in its own Daydream VR headset. Samsung and Oculus also have their own browsers to handle WebVR content, as well.

In this article: gear, internet, microsoft, oculus, samsung, space, video, virgingalactic, vr, webvr
All products recommended by Engadget are selected by our editorial team, independent of our parent company. Some of our stories include affiliate links. If you buy something through one of these links, we may earn an affiliate commission.