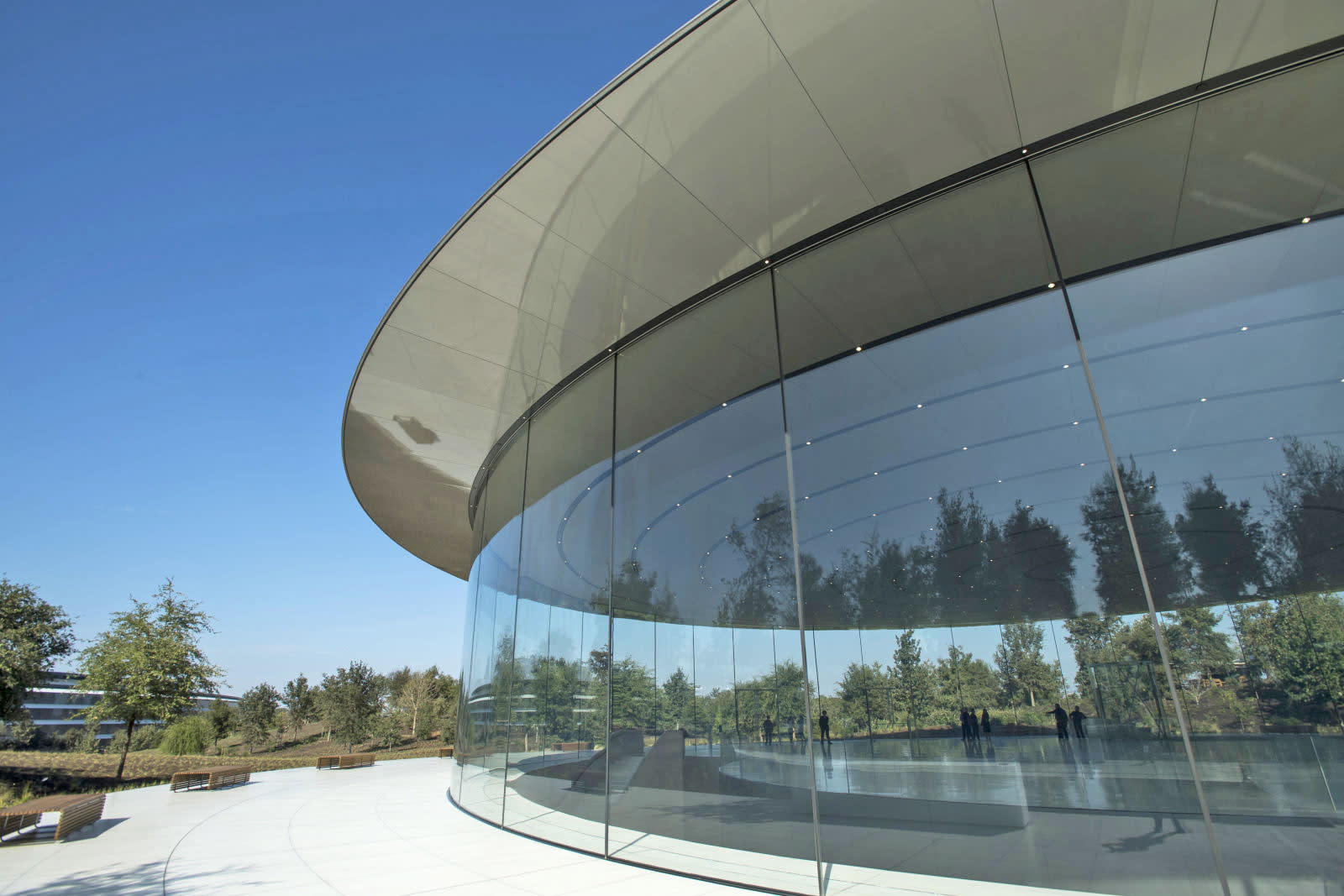 Apple opened its new campus last year -- a stunning, glass wall-filled space meant to encourage collaboration and cooperation. But Bloomberg reports today that this achievement in design appears to have sacrificed some functionality -- a growing theme in Apple products -- because, apparently, Apple employees keep walking into the glass. Sources told Bloomberg that some individuals started sticking Post-It notes to the glass doors and walls in order to make them more noticeable, but they were ultimately taken down because they distracted from the space's design.

Apple's design choices have come under fire quite a few times in recent years. Plenty of people were vocally disappointed in the MacBook's lack of ports while the iPhone X's notch has attracted a bit of ridicule. People are still mad about the removal of the headphone jack, and though I think my Apple mouse looks pretty sleek on my desk, it's a big pain that i have to switch it out when the battery gets low because it has to be flipped on its back to charge.

As for how many Apple employees have run into the building's glass panels, that's not really clear. But regardless, we want to point out to Apple that the FDA just approved a blood test this week that can gauge the severity of head trauma. The company may want to keep a few of those around.

In this article: apple, AppleCampus, concussion, design, gear, Glass, iphoneX, MacBook
All products recommended by Engadget are selected by our editorial team, independent of our parent company. Some of our stories include affiliate links. If you buy something through one of these links, we may earn an affiliate commission.