It may not have the full depth of a typical 'Rocket League' match, but it's certainly captured the game's soul.

This week Hot Wheels unveiled Augmoto, an AR-enhanced course that makes the brand's track races a lot more video game-like. However, in the other direction it's also introducing Rocket League Rivals, a remote control vehicle kit that brings the popular console game's madcap soccer-but-with-cars action into the real world. Based on the number of times our cars flipped over or ran off the track while playing at this week's Toy Fair, it seems to have captured the spirit of the game, at least.

The version on display this weekend is a bit rough, but it has the basics down: There's a garish stadium with goals at each end, and a giant ball you have to push with your car. Each goal tracks the ball via an infrared sensor and has an LCD scoreboard above it, reminiscent of the point tickers you'd find on an air hockey table. The whole kit has a den or playroom feel to it; the kind of thing you can leave out for the kids to play whenever they're in the mood. If you don't have the space, Rivals can be easily packed away or put back together -- the target audience is eight and up, after all.

The cars are controlled from the Android or iOS app via Bluetooth, and recharge on the included base station, which also has a slot to store the ball in. Aside from basic directional controls, the app also offers a turbo boost for when you want to make a big push (or get out of a pinch). The cars handle well, but if you have trouble steering it's easy enough to ride along the curved edges of the stadium to get back on track. You can't drive on the walls or shoot rockets, sadly. 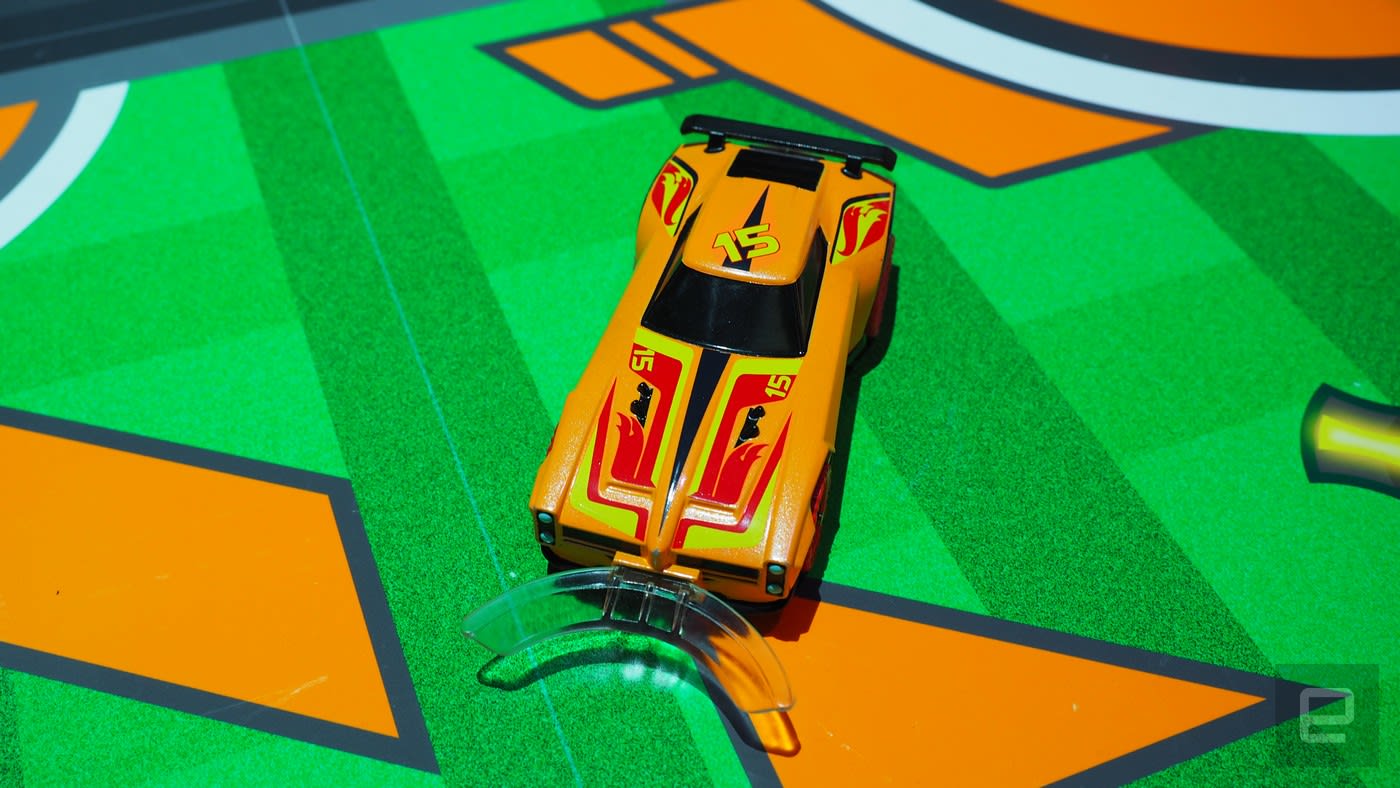 The basic set comes with two cars, Octane and Dominus. The app didn't make a distinction between models, but in real world matches there's definitely a difference. My colleague Devindra took control of the spritely Octane, driving circles around my substantial-but-slow Dominus. It was a bit of a blowout, at least until a solid impact knocked Octane right over and left Devindra unable to defend his goal.

Octane and Dominus were chosen for the basic set because they're the most popular bodies in the actual game, but there are plans to make more models available after launch. Rivals supports up to eight vehicles at a time, which should definitely give it a more Rocket League feel as cars fight over the ball in a space smaller than a typical dining room table. As for the basic set, Rocket League Rivals will be available some time this fall to the tune of $180.