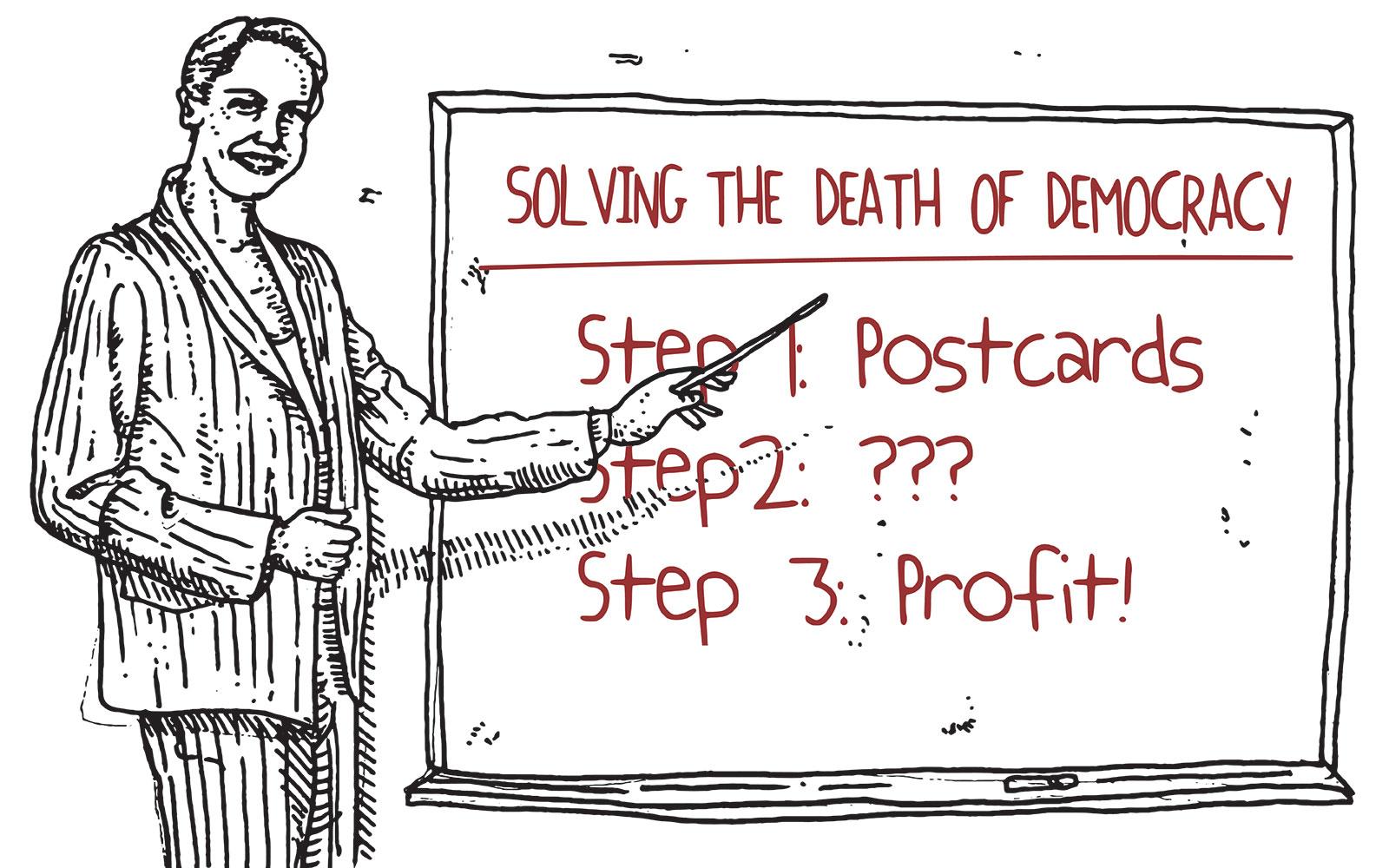 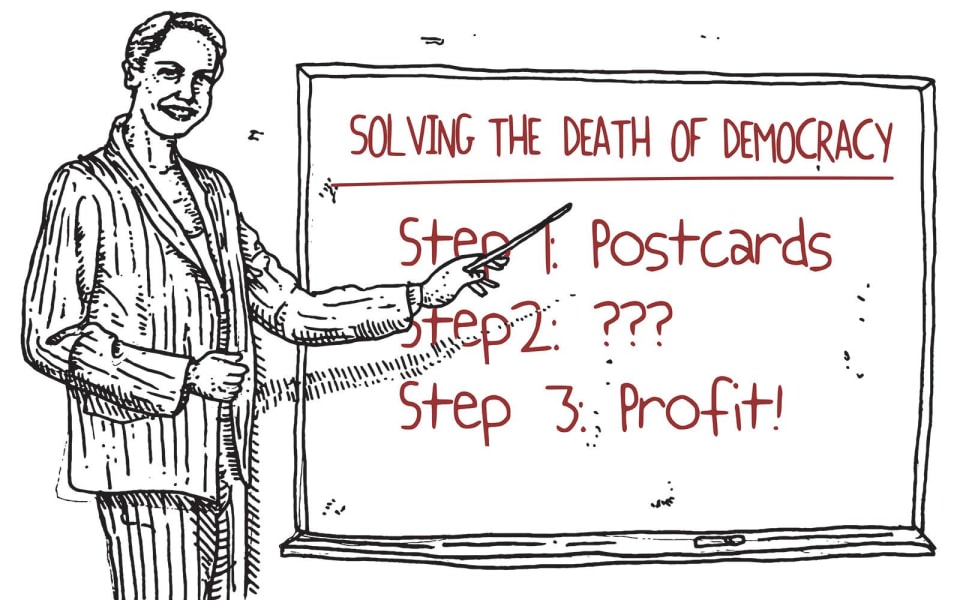 We just learned all the ways Russian propaganda agents fooled American social media companies, thanks to the recent indictments of Russian nationals by Team Mueller.

After years of these companies forcing us to adhere to their contrived "community safety" policies and made-up rules to police our identities (which they swore was for our own good), their failures are rather spectacular.

If you missed it, the Internet Research Agency indictment outlined an operation that ran hundreds (if not tens of thousands) of fake accounts, impersonated the GOP and civil rights groups, stole identities from actual US citizens to set up bank accounts, PayPal accounts and driver's licenses, and more. Finding identities to steal was easy. Fooling social media companies desperate to make ad revenue at any cost was even easier.

Some of the reporting that's come out of it is stellar. I'm thinking of CNNMoney's superb foray into the fray, interviewing American citizens who, through Facebook pages and social media contacts, inadvertently did work for Russian operatives. Sometimes paid work.

Catching Florine Gruen Goldfarb, who runs the Team Trump Broward County Facebook page, CNN recorded the exact moment her disbelief dug in its heels and insisted that, despite the evidence, no, this couldn't be true. For those who study belief systems and cults, and how their beliefs double down as a coping mechanism when shown clear evidence that their beliefs are false, it was an exquisite example.

Anyway, as usual, techies and tech companies came out of the woodwork with overly specific solutions.

Facebook looked at its burning forest and focused on one tree: the ads. In all of its (alleged) wisdom and leadership about preventing harm, the company told the press it would, like, totally send people postcards in the mail "to verify the identities and locations of anyone hoping to buy ads related to federal-level candidates."

It's an unusually weak response, and odd in light of an eight-piece Twitter thread from Facebook's vice president for ads, Rob Goldman, insisting that the Russian ads were not meant to sway the election. Which actually, according to the very indictment he cited, was incorrect. Goldman, an executive steering leadership at one of the world's most valuable advertising and influence properties, was one step past the disbelief of Florine Gruen Goldfarb and well into the vindication phase of denial, seeing evidence that absolved him and his company of responsibility -- when there was no such evidence.

Others freaked out about the whole "on the internet no one knows you're a dog" quandary we've been in for decades, and trotted out some oldies but goodies from the "real names" myth and legend files. Some suggested that "real names" or some kind of Internet ID would help.

Digital ID would help. With Digital ID, issued by states to residents, we could require big social to accept Digital ID and software could be written that performs digital signatures on each post, with non-repudiation as a result.

Alas, techies are libertarians so it festers

We've been down the "real names" road before. The policy disproportionately affects -- with malice -- pretty much everyone but straight white cis dudes. LGBTQ people are exposed to harm by outing, the policy is used to target people of color, and we learned from a National Network to End Domestic Violence (NNEDV) report that the policy puts at least 23 million women (domestic violence victims, comprising 1 in 4 women) directly in the path of violence. As for deterring abuse, empirical evidence has shown that "real names" doesn't work.

Online ID, "real" or "authentic names" is a cheap fix, one that really isn't a fix at all. It's just another forest-for-the-trees moment. A way to cling to the belief that we can somehow automate this Russian problem and solve it with tech.

At any rate, when you're sending postcards to shore up your failed "real names" policy -- or carving up which parts of a federal indictment you're going to respond to selectively -- these are clearly times for desperate measures.

(Incidentally, Facebook's "real names" policy is now illegal in Germany. You know, the country that wants to do everything it can to not repeat the whole Nazi thing.)

Of course, all of this sure would be easier to figure out if America's social media companies were transparent or straightforward with us about what's really going on behind their virtual closed doors. We've been here before, too. Like with Facebook sabotaging its own efforts to combat "fake news" on the platform by refusing to share information with the very people it asked to help with the problem.

Maybe -- for a start -- social media companies like Facebook could follow US laws (like around political advertising). They could take a page from Medium and boot alt-right trolls, and actually purge those bot accounts. They could stop giving space to Sandy Hook hoax pages and their peddlers, stop letting death threats and racist abuse run rampant, and stop enabling neo-Nazis by protecting Holocaust denial as free speech -- if only because millions died and we kind of decided that one a long time ago.

So much of this, if not all of it, has revolved around each company's unwillingness to admit that any of this is happening at every stage. Every day, a denial. A PR dodge. Clinging to the futile belief that none of these are real problems doing actual harm to real people; they're just PR problems. The only bad people are the ones who don't follow our rules.

Because we're seasoned internet cynics, we "know" it's because the companies are playing a shell game with our lives, using their own truths, data and greed.

But perhaps for these companies, and their leaders, engineers and various teams, some truths are just too much to bear. 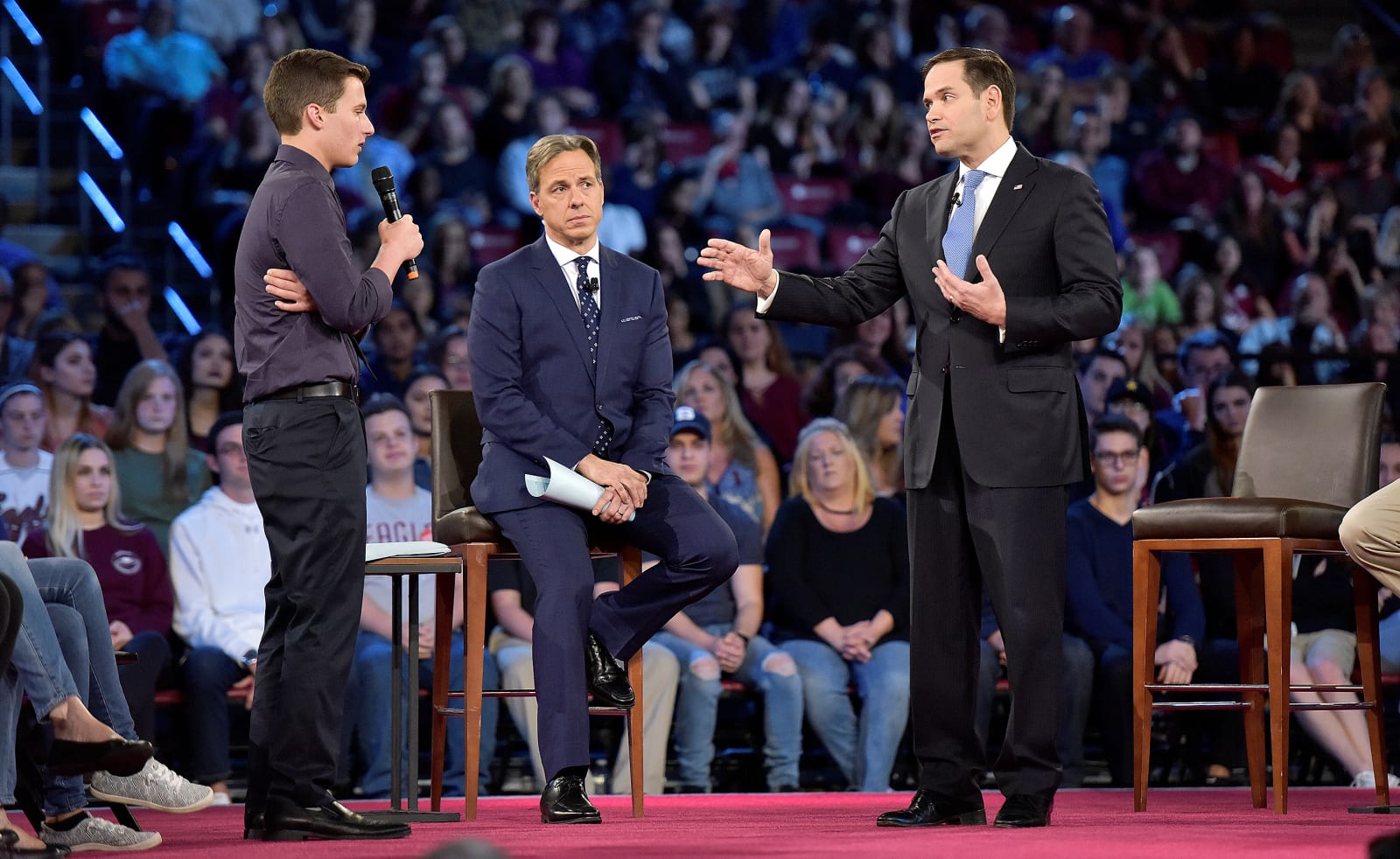 We need only look into the faces of men who won't stop taking millions from the NRA to know what that looks like.

In this article: badpassword, business, column, Facebook, gear, infosec, internet, marcorubio, opinion, personal computing, personalcomputing, politics, russiantrolls, security, services, SocialMedia, tomorrow, Twitter
All products recommended by Engadget are selected by our editorial team, independent of our parent company. Some of our stories include affiliate links. If you buy something through one of these links, we may earn an affiliate commission.
Share
Tweet
Share