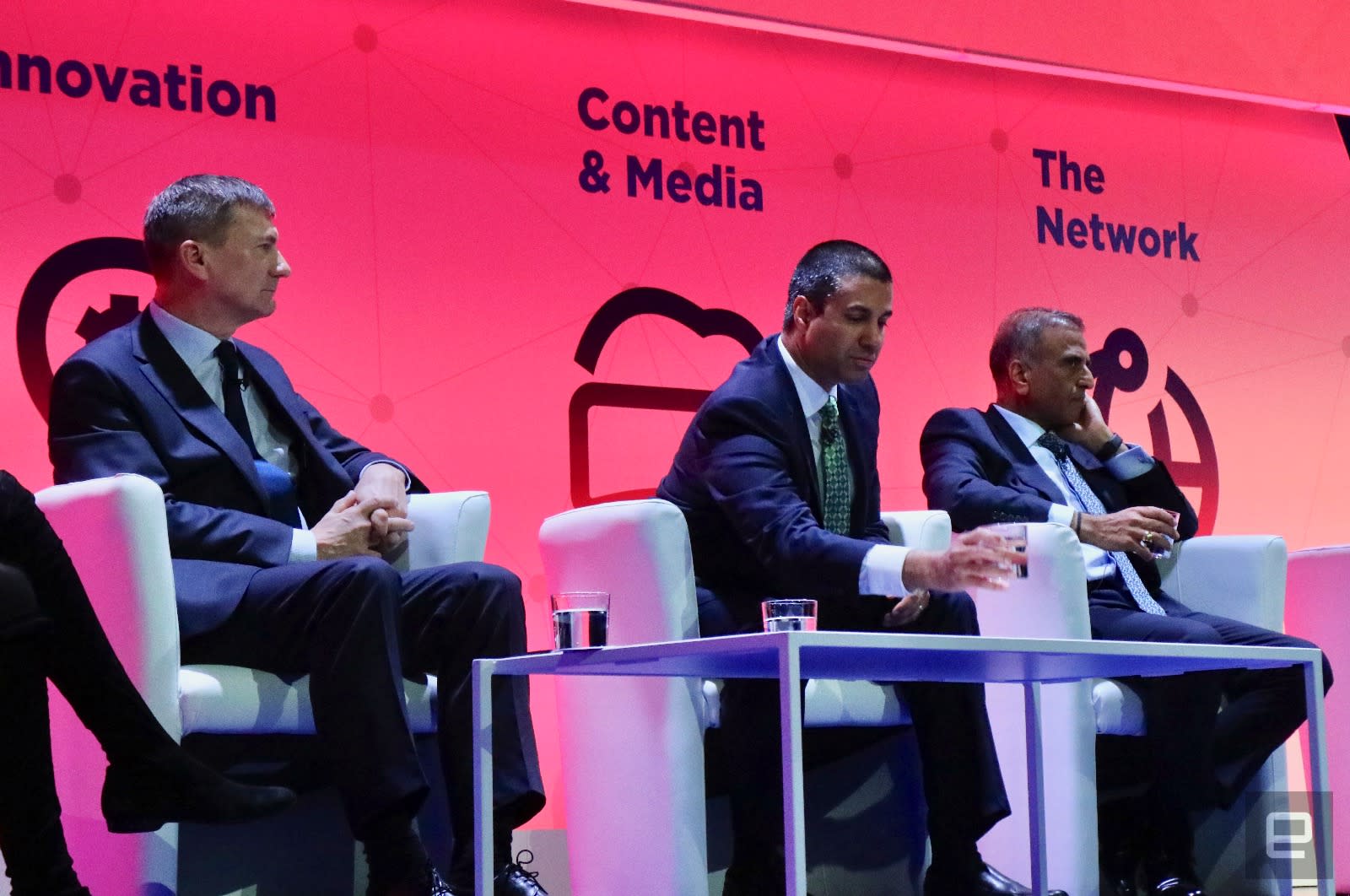 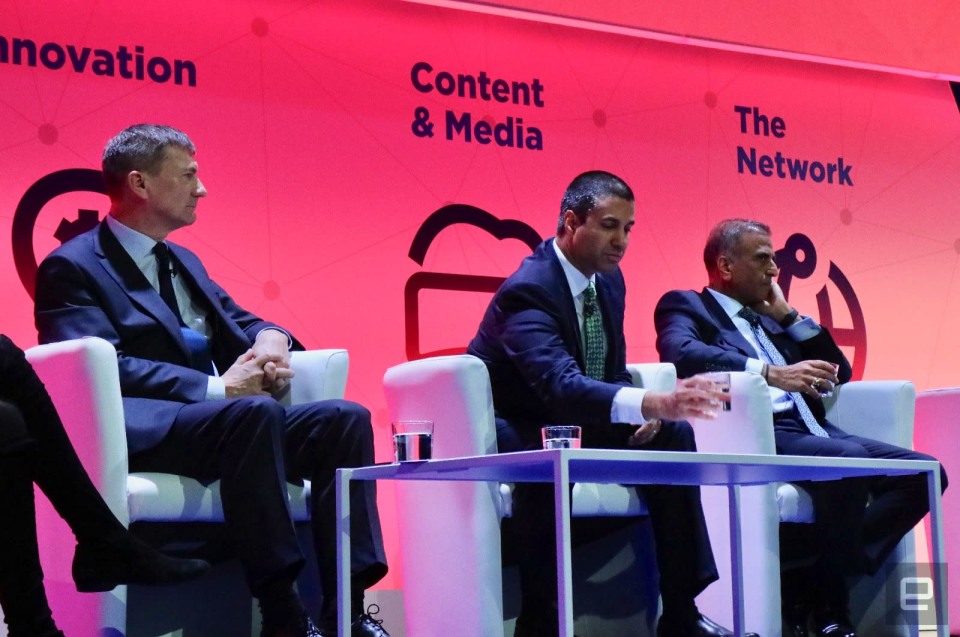 After cancelling his CES 2018 appearance in January, reportedly due to death threats, FCC Chairman Ajit Pai today attended a panel at MWC 2018 in Barcelona. During the event, titled "The Future of the Industry: Transatlantic Digital Policy and Regulation," Pai discussed his plans for 5G connectivity and, of course, his decision to repeal net neutrality in the US. He said that, despite public perception on the moves he's made since taking over the FCC as part of President Trump's administration, the internet will remain open and free and that "no one gets a pass." The "no one" he mentions is likely a reference to the idea that certain companies, particularly network carriers like Verizon, will get special treatment after net neutrality ends on April 23rd.

Pai emphasized that his version of the internet won't be any different from what was in place during the the 1990s and until 2015, which he said is what allowed companies like Amazon, Facebook and others to thrive and become the tech titans that they are now. He also said that taking his market-based, light-touch regulation approach is key to making 5G a success in the States. "To realize the promise of 5G, we will need smart networks, not dumb pipes," Pai said. "Dumb pipes won't deliver smart cities. Dumb pipes won't enable millions of connected, self-driving cars to navigate the roads safely at the same time."

He added that these "dumb pipes" won't give US the networks needed to "enable the 5G applications of the future," noting that he has the country's best interest at heart and this will allow the US to be a leader in the technology. "The United States needs modern, flexible, light-touch network regulation," he said, "not a one-size-fits-all utility model from the 1930s." He said that model was what Obama and his FCC administration implemented in 2015: "Without question, our most important move here was to reverse the previous administration's decision to subject our 21st century networks to 20th century utility-style regulation."

Pai knows how many people, and the majority of tech companies, feel about his decision to repeal net neutrality. And he knows there's a long legal battle ahead. Still, he said he's confident consumers will see how his plan will benefit them by looking "at the facts," rather than be influenced by viral campaigns like Burger King's net neutrality ad -- which he referred to after the panel moderator said to him that his decision was so frowned upon that even a fast-food chain felt the need to mock him.

Ultimately, Pai said, the government must work together with networks and tech firms to enable innovation and investment in new wireless technologies and services. "If we do that, the earth will be connected (if not converted), and everybody will win." Up to you if you agree with that.

In this article: 5g, ajitpai, fcc, fccchairman, gear, interview, mobile, mwc, mwc2018, netneutrality, netneutralityrules, obama, obamaadministration, verizon
All products recommended by Engadget are selected by our editorial team, independent of our parent company. Some of our stories include affiliate links. If you buy something through one of these links, we may earn an affiliate commission.