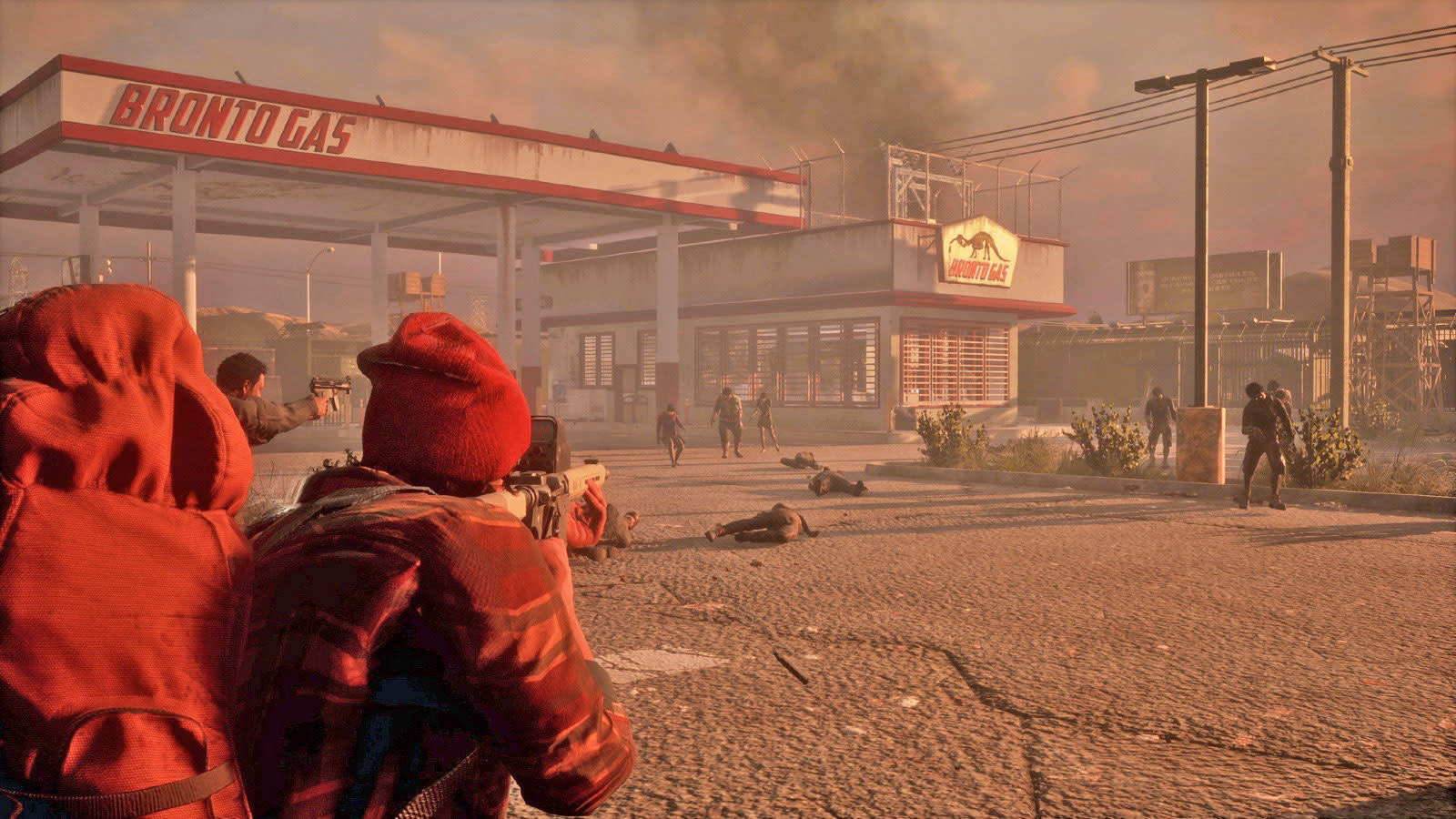 Just when you thought you were safe, it's time to fight for survival again. State of Decay 2 is coming on May 22nd, and it's bringing a zombie invasion the likes of which players have never seen before. As we revealed in our preview last year, the sequel takes "kill or be killed" to a whole new level, as you'll be heading up a team of survivors and ultimately deciding who lives or dies. The game launches on Xbox One and PC, with two access tiers that suggest the State of Decay franchise is paving the way for the subscription gaming service that Xbox chief Phil Spencer has nodded towards before.

The game launches as an Xbox Play Anywhere and Xbox Game Pass title on May 22, with the standard edition priced at $30. For $50 though, you'll get the ultimate edition, which includes access four days ahead of general release, plus two add-on packs: "Independence" and "Daybreak" (both of which will be available at a later release date). The ultimate edition also includes a download token for a bonus copy of the console version of State of Decay: Year-One Survival Edition. Pre-orders for both editions opens today, and if you get your order in before May 21 you'll also get some exclusive in-game goodies.

"Our goal is to build a long-term relationship with the State of Decay community and to foster deeper experiences with the franchise," says Aaron Greenberg, general manager of games marketing at Microsoft. Indeed, it's a franchise that could well lend itself to the kind of set-up developer Telltale has with its Game of Thrones and Walking Dead franchises, where narrative-based games are released episodically. Microsoft has clearly put a lot of investment into this release, so it's not impossible that it'll go on to form the foundations of some kind of game-as-service or platform, as Spencer has previously suggested.

In this article: GamePass, gaming, microsoft, PlayAnywhere, services, StateOfDecay, StateOfDecay2, Xbox
All products recommended by Engadget are selected by our editorial team, independent of our parent company. Some of our stories include affiliate links. If you buy something through one of these links, we may earn an affiliate commission.