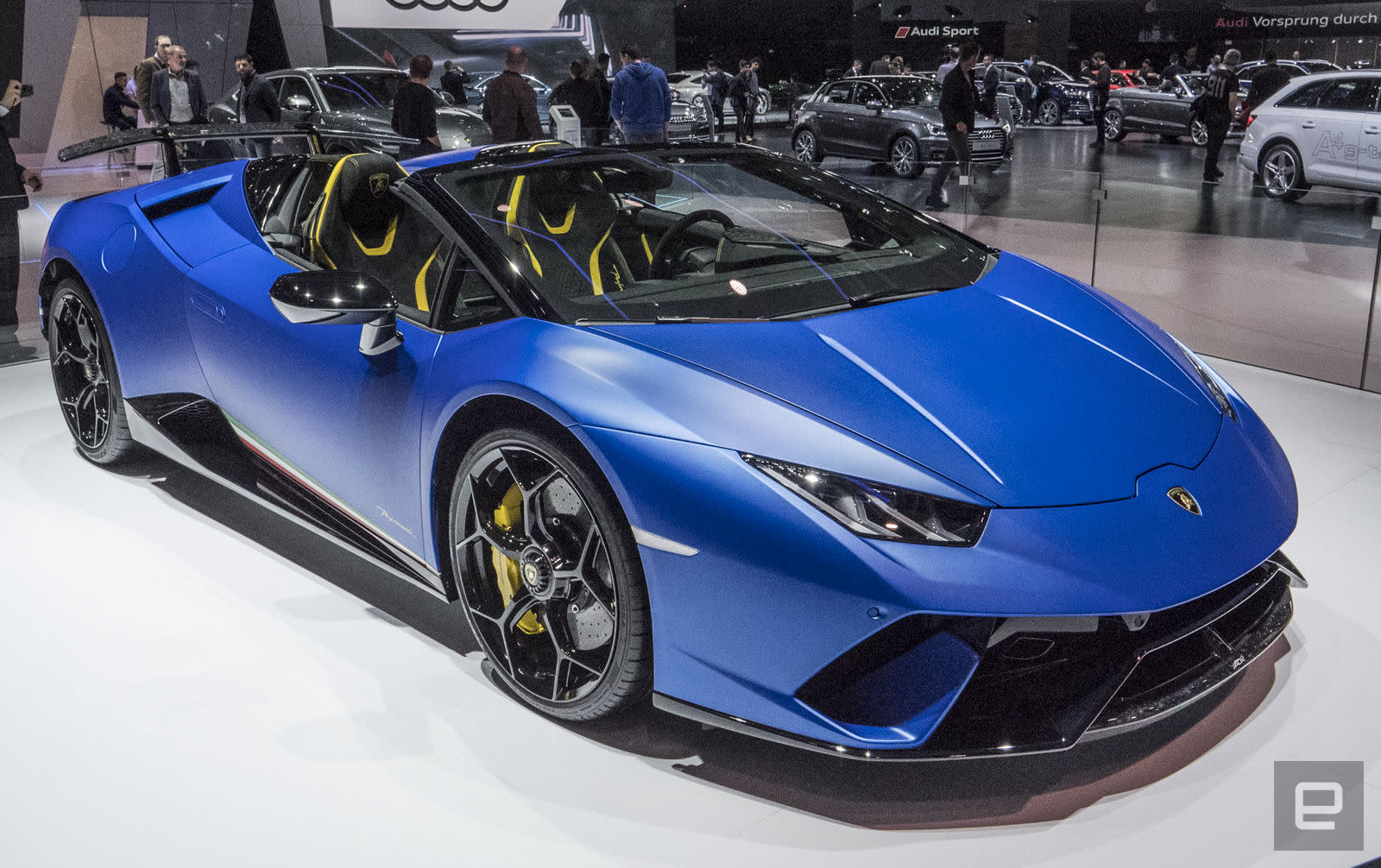 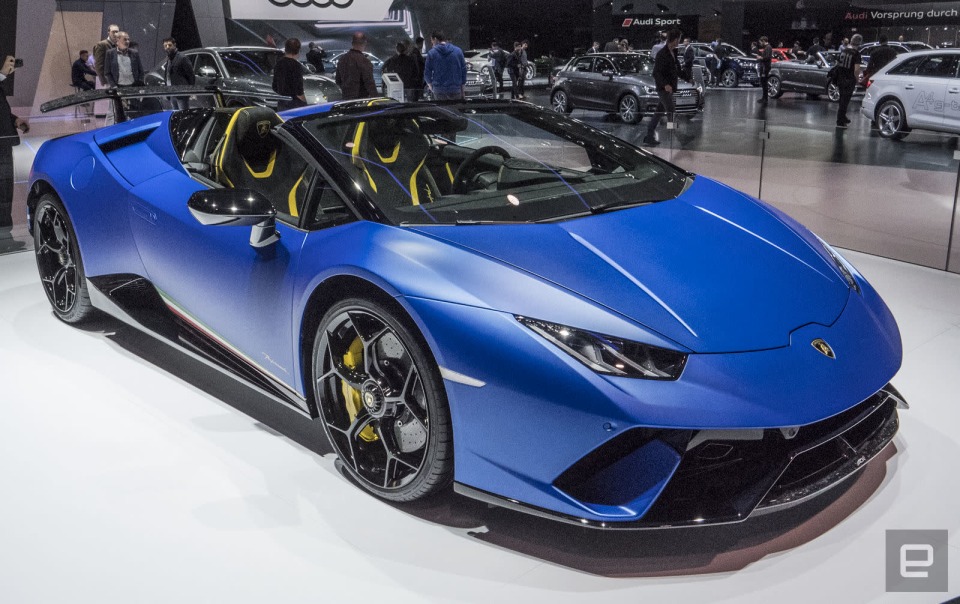 The Geneva Motor Show got 2018 off to a good start for car lovers, with an unusually large number of vehicle launches. We've already seen the more technical and electric models, like the Porsche Mission E Cross Turismo, the Polestar 1 from Volvo, Audi's e-tron and the 1,914-horsepower Rimac Concept Two EV. But many other automakers, including Ferrari, Aston Martin, BMW and Mercedes, launched new vehicles and concepts with crazy designs, loads of technology and more horsepower than ever. Without further ado, here are the best of the rest. BMW's flagship 8-series is aimed at wealthy individuals who expect to be swaddled in luxury, and the M8 Gran Coupe does all that while dialing the thrust way up. Expect upwards of 600 horsepower, the better to compete with the likes of the Mercedes AMG GT Coupe, another four-door performance machine unveiled at Geneva (see the gallery above). The difference between the two models is that AMG's GT Coupe is coming in 2019, while the M8 Gran Coupe is a concept and probably won't be produced for years to come. The Lexus UX is an interesting example of how a vehicle goes from the free-for-all design stage to production. The original concept was an angular, aggressive machine with some weird features, like metal wheel spokes that are integrated right into the tires. Lexus took out most of that insanity but did keep some of the original's quirkiness. Most notably, it has a large wire-texture grille that the company says is inspired by traditional Japanese crafts.

Ferrari unveils more powerful cars with every auto show. With a 3.9-liter twin-turbo V8 , the 488 Pista marries a monster 710-horsepower V8 with a curb weight under 3,000 pounds, making it a racetrack-ready production car. At the same time, the chassis is stuffed with electronics that let you control how you toss it around. The so-called Side-Slip Control (SSC) system lets you drift the 488 Pista if you dare, but can straighten it out with an electronic jab to the inside brakes if you mishandle it. Bless the hearts of those folks brave enough to build and back flying cars. We first saw the PAL-V Liberty way back in 2012, and here it is six years later in Geneva. As a reminder, the gyrocopter can do 110 miles per hour in the sky and, after you fold down the rotor assembly, cruise at 60 mph on roads. It's slated to go on sale for $600,000, which is a lot for a vehicle that's slower than a Cessna 152 -- but hey, flying car! The PAL-V is still waiting for that very hard-to-get FAA certification. When a 1,900-horsepower car comes along, 640 horsepower somehow seems quaint. But Lamborghini's $300,000 Huracán Performante Spyder does have a removable top that lets you feel the wind in your hair. But not too much -- when you lower the roof at speeds of up to 30 mph, the "active aero" system releases fins that reduce noise and wind turbulence. It's powered by a 5.2-liter V10 motor, and don't expect an EV supercar from Lamborghini anytime soon. 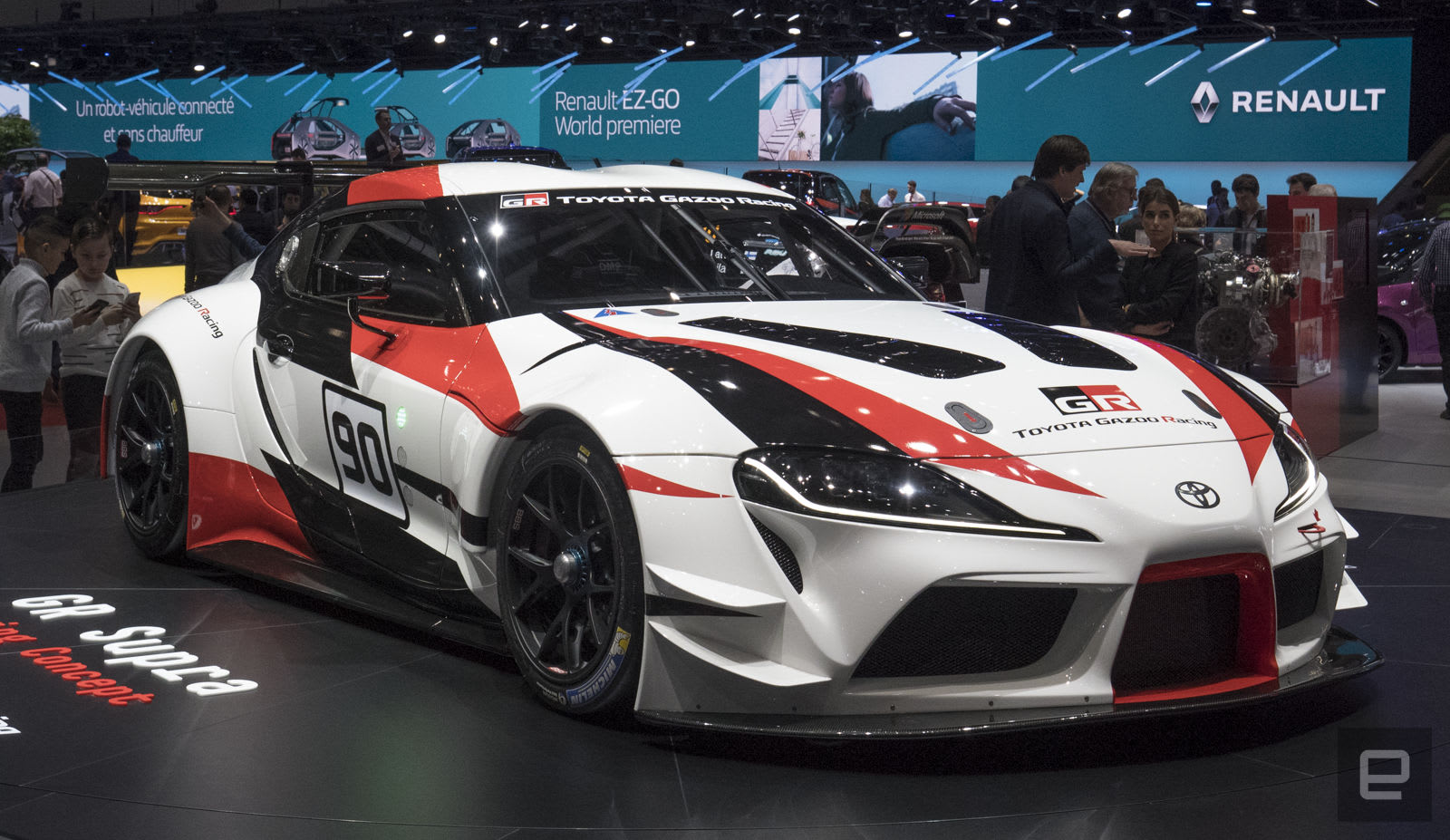 An all-new Supra didn't arrive this year, as many folks had hoped, but Toyota did give us a possible taste with the Toyota GR Supra Racing Concept. Other than the enormous wing, the carbon-fiber racer doesn't look too different from the FT-1 concept that debuted last year. As for the production Supra, don't fret: It's definitely, probably coming soonish, so hopefully we'll see it at one of the next auto shows. Luckily, you'll be able to (virtually) drive the GR Racing Concept when it comes to Gran Turismo Sport in April.

In this article: BMW, Ferrari, gear, GenevaMotorShow2018, Lamborghini, McLaren, Mercedes, transportation
All products recommended by Engadget are selected by our editorial team, independent of our parent company. Some of our stories include affiliate links. If you buy something through one of these links, we may earn an affiliate commission.