For Teams' first anniversary, Microsoft is putting the heat on Slack.

Teams just turned one, and for its anniversary, Microsoft has unveiled new professional features for it that go well beyond what rivals like Slack offer. Probably the most important ones for enterprises are compatibility with their existing telephone systems, automatic in-line translation, Surface Hub support, and the ability for participants to dial in with regular telephones.

Microsoft says that its new Direct Routing service will transform Teams into a "full voice service" that works for both calling and meeting room devices. For instance, "Microsoft Teams will be natively supported on a Surface Hub (above), enhancing the capabilities of Teams in huddle spaces and meeting rooms," the software giant said. Team Meetings will also support audio and HD video conference room systems from Lenovo, HP, Logitech and others, along with any Skype Room systems. 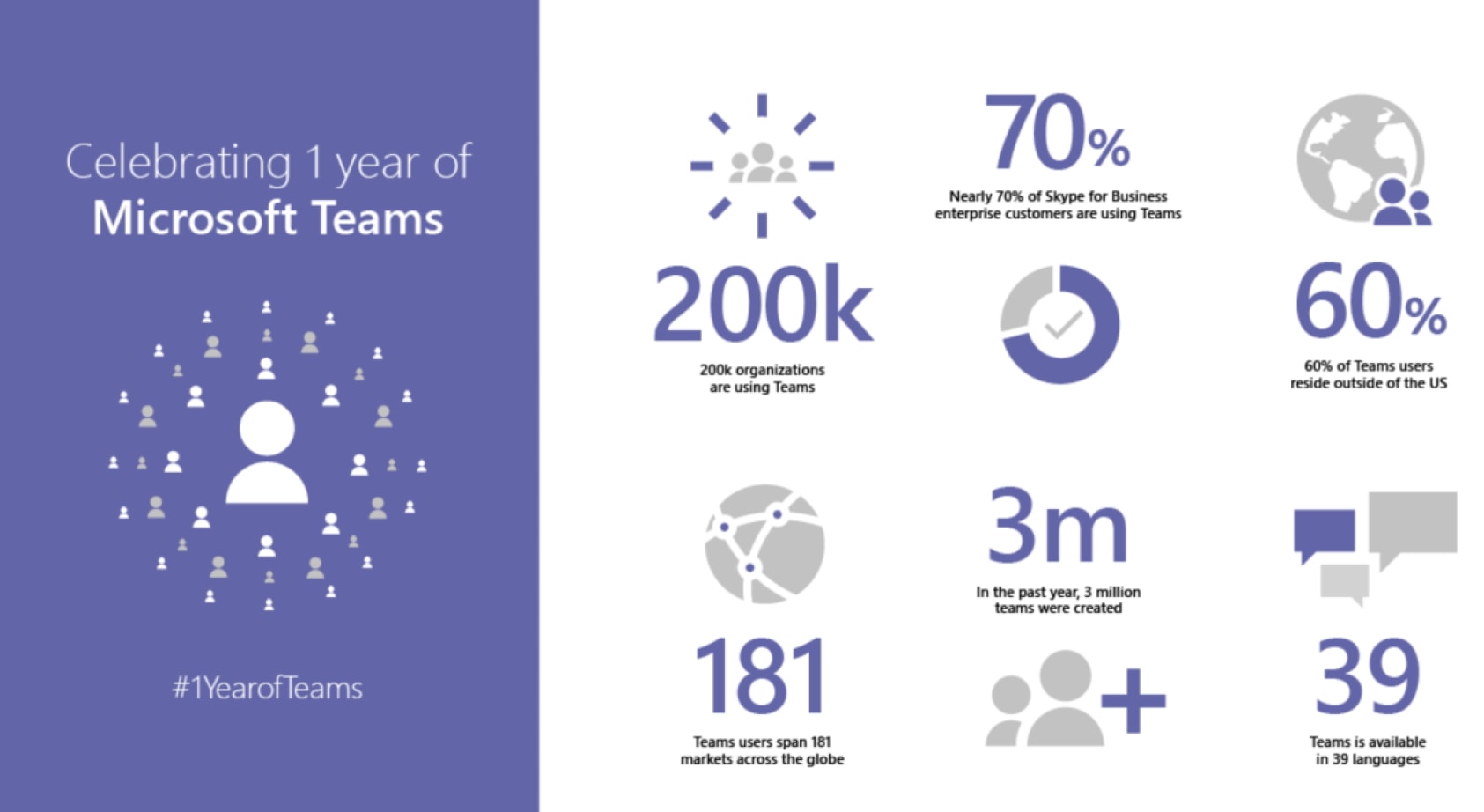 Microsoft's AI has also made it easier to initiate and participate in Teams chats. You can now start, join or add people to meetings by giving natural language voice commands to Cortana, for one. If participants that speak different languages join in, Teams will support in-line message translation to let them "fluidly communicate with one another by translating posts in channels and chat."

Another interesting feature is background blur on video. To help participants see you more clearly, the system will blur out a distracting background, putting the focus of the video on you rather than any clutter behind. It'll also let you share a live video stream, photos or screens from your smartphone.

Finally, Microsoft will soon enable one-click cloud recording, with timecoding and automatic transcription. That'll let team members search within conversations, read captions and play back portions or all of a meeting. A future upgrade will include facial recognition so that comments can be assigned to specific individuals.

With its relative simplicity, Slack will always have its place, but Microsoft is targeting large enterprises that already have its apps in-house. The ability to use Teams as an full in-house meeting system, even if participants don't have access to a computer or internet, will no doubt make it a lot more useful for companies. The enterprise calling features are set to arrive in Q2 of 2018, and the other features, like Cloud Recording and in-line translation, will arrive later in the year.