With less than $3,500, you can shoot films and photos like a professional.

When photography or filmmaking becomes a consuming passion or a career rather than a hobby, you might look longingly at fancier equipment. Luckily, "enthusiast" cameras have edged so close to professional gear that there's no need to spend $4,000-plus for models like the Sony A9, Canon EOS 1DX Mark II, Hasselblad X1D or Nikon D5. For considerably less, you can pick up Sony's A7 III, the Nikon D850 or, for videographers, Panasonic's GH5s -- and get performance that's nearly as good. But which suits you specifically? We're here to help.

If you're thinking of jumping to an enthusiast camera, you probably know the difference between a DSLR, a compact and a mirrorless camera. (If you want a refresher, check our 2018 camera guide.) So let's look at some key features for cameras costing $1,000 and up.

4K video: There's no excuse for a camera costing over $1,000 not to have 4K, but luckily, very few lack this feature, and all of those are DSLRs. Notably, both the Nikon D750 and the Canon 6D Mark II full-frame cameras pack only 1080p with 60fps shooting. If you really think you don't need it and never will, only then should you consider such models. If you do, and want the best, only Panasonic's GH5 and GH5s give you more colors and a wider gamut with 10-bit, 4:2:2 4K video. Phase-detection (PD) autofocus: If you want excellent tracking AF for both video and still photography, phase detection is what you need. Contrast detection systems on Panasonic and other models force the lens to "hunt" back and forth to find the point of highest contrast where the subject is in focus. Phase detection pixels, on the other hand, detect if the images coming from two sides of the lens are identical (in phase), and thus whether the subject is too near or too far, and by how much. It can then drive the lens motors precisely to the focus point without any hunting.

Canon's Dual-Pixel AF is arguably the best overall system, delivering fast and accurate autofocus for video and photos. That's a big reason why Canon cameras are popular with pro video and vlogging shooters, despite the superior video quality of Panasonic models. Sony also offers fast phase-detect autofocus, but it's less accurate, especially in low light. Nikon's phase-detect autofocus, meanwhile, might be the best you can get for still photography.

Full-frame, APS-C or Micro Four Thirds sensor? It depends. There's no doubt that full-frame DSLR or mirrorless cameras deliver maximum resolution and the shallowest depth of field, which helps you create the "bokeh" soft focus effect. However, full-frame cameras and lenses are more expensive than other models, and very shallow depth of field makes it harder to keep video subjects in focus.

Mirrorless is where the most interesting cameras live right now, especially in the high-end category. There's something for everyone, including a high-resolution option from Sony (the 42.4-megapixel A7R III), video-oriented cameras (the Panasonic GH5s, Fujifilm X-H1 and Sony A7S II) and extremely fast, small and high-tech models (Sony's A6500). Things change fast in the mirrorless world, and since our recent camera buyer's guide came out, Sony has released the new A7 III. For $2,000, that camera looks great, but the A7R III is still Sony's A7 flagship, and is superior in a few ways even to the $4,500 professional A9. It can shoot 42.4-megapixel RAW images at 10fps, for instance, and handle 4K video with a full sensor readout (albeit in cropped, APS-C mode). What's more, you get excellent light sensitivity (up to 102,400 ISO) and faster-than-ever autofocus with excellent face detection. As for flaws? Sony's menus are awkward compared with rivals like Canon, and a $3,200 camera is not an impulse buy. If that's too much: For a bit less, the $1,600, 24.3-megapixel X-T2 is essentially the predecessor to the X-H1 and offers similar performance and excellent handling, but no image stabilization. I liked the $2,500 GH5s a lot, but as a video-specific camera, it's hard to recommend it to photographers. The $2,000 GH5, however, does both things well for less money. You can shoot DCI 4K video (and even 6K anamorphic) with 10 bits (billions) of colors and a 4:2:2 gamut, the best specs for a consumer camera. And with a 20.1-megapixel sensor and 12fps shooting speed, it won't limit photographers, either. As for shortcomings, the GH5 has mediocre contrast-detection autofocus and a smallish Micro Four Thirds sensor.

If that's too much: The $1,700, 20.3-megapixel G9 is now Panasonic's flagship photography camera, offering 20fps shooting with continuous autofocus, 5-axis stabilization and, of course, 4K video -- without the GH5's 10-bit color and HDR. The $3,300 D850 is Nikon's first full-frame 4K camera, but it was worth the wait. With a 45.7-megapixel sensor, it's among the highest-resolution DSLRs on the market, bested only by Canon's 50.6-megapixel, $3,500 5Ds models. That gives the D850 unsurpassed image quality, but you still get decent speed (7fps burst shooting) and an excellent phase-detect autofocus system. The main negatives of the D850 are mediocre 4K video quality, slow and indecisive contrast-detect autofocus in live and video mode and autofocus tracking that's a step below Nikon's (excellent) D5.

If that's too much: Consider Nikon's D7500. For just $1,200, you get excellent image quality from the 20.6-megapixel, DX (APS-C) sensor, decent 8fps shooting speeds and 4K video (with a 1.5X crop of the already-cropped DX sensor). If you don't mind an older camera, Nikon's $1,800 D750 offers a full-frame sensor, fast shooting speeds and great autofocus for nearly half the price of the D850. Having arrived in 2016, Canon's 5D Mark IV is due for a refresh, but it's still one of the top enthusiast DSLRs on the market. The 30.4-megapixel full-frame sensor with dual-pixel autofocus provides excellent quality for professional portrait or landscape work, and it performs well even at high ISOs. For video, you get 4K with autofocus tracking that's widely considered the best in the business. A big downside for video, however, is the 1.64x crop factor in 4K and lack of a flippable screen for vlogging. Yes, Sony does make a DSLR, albeit one with an SLT translucence mirror that doesn't flip out of the way when you shoot, as on Nikon or Canon DSLRs. The $3,200 A99 II's hybrid-like nature gives it some incredible specs, like a 12 fps shooting speed with eye tracking -- not bad for a camera with 42.2 megapixels of resolution. You also get 5-axis image stabilization, DSLR-like handling and excellent-quality 4K video. On the downside, the autofocus system, especially the subject tracking, doesn't work so well for video, and because of the SLT mirror, the A99 II doesn't perform as well in low light as the A7R II and III models.

If that's too much: Take a look at Sony's aging $1,200 A77 II APS-C SLT camera. It offers equally quick 12fps shooting speeds with 24.3 megapixels of resolution, in-body stabilization and an effective autofocus system. Fujifilm's compact, fixed-lens cameras have been popular since the original Finepix X100 launched nearly seven years ago. The latest model, the $1,300 X-100F, has refined the formula to a T. You get a 24.3-megapixel X-Trans CMOS III sensor (with no low-pass filter), an f/2.0 35mm (full-frame equivalent) lens, more ergonomic button layout and gorgeous looks. All of that comes in a pocketable size, making it an ideal street-photography or vacation camera. There's no 4K video, but it can handle 1080p 60fps shooting, and video is not really the point anyway. The 20.1-megapixel RX10 Mark IV with a Type 1 (1-inch) sensor is not pocketable and, at $1,700, ain't cheap either. But it's incredibly fast and versatile for a compact superzoom, with a 24–600mm (full-frame equivalent) f/2.4–f/4 lens and unbelievable 24fps RAW shooting speed. Naturally, it shoots 4K and slow-motion video at up to 960fps (912 x 308). If you can handle its large form factor and price, you'll be able to shoot both landscapes and the look on your kids' faces when they score a goal -- even if you're in the nosebleed section. 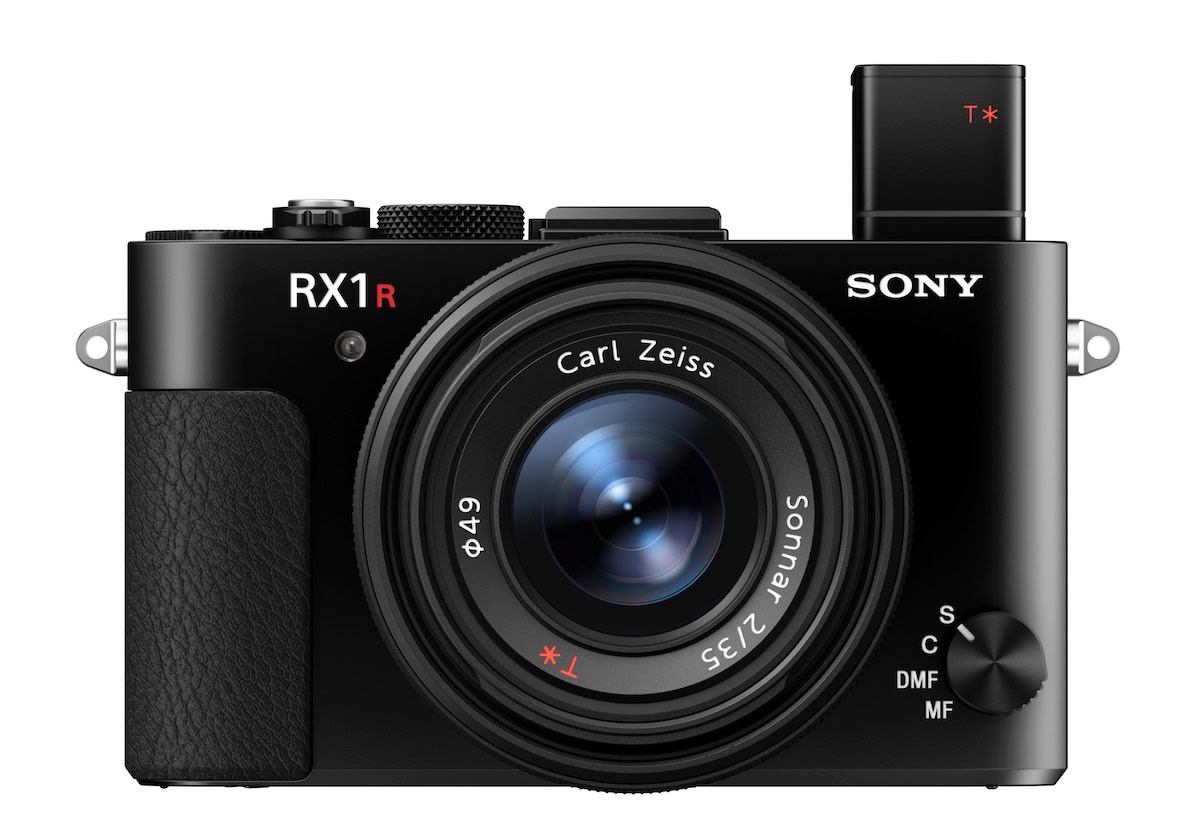 For $3,200, the Sony RX1R II is clearly not for everyone. But it's the only compact camera on the market with a full-frame sensor (other than the 24-megapixel, $4,000 Leica Q), and it packs an incredible 42.4 megapixels of resolution. With a 35mm f/2.0 Zeiss lens, retractable 2.4-million-dot OLED viewfinder and 102,400 max ISO, this is aimed at street photographers. As such, unlike with other Sony compacts, you don't get 4K video, and will have to settle for 1080p at 60fps.

Enthusiast cameras do offer it all, but in different doses, depending on what you want. More so than any category, pure photographers might want to focus on DSLRs, while videographers will probably run toward mirrorless cameras. Specs aside, for either category, you'll want to choose a system with autofocus that works best for your needs. Considering the money you'll be spending, it might be best to rent or borrow a camera before buying to ensure that it does what you need.