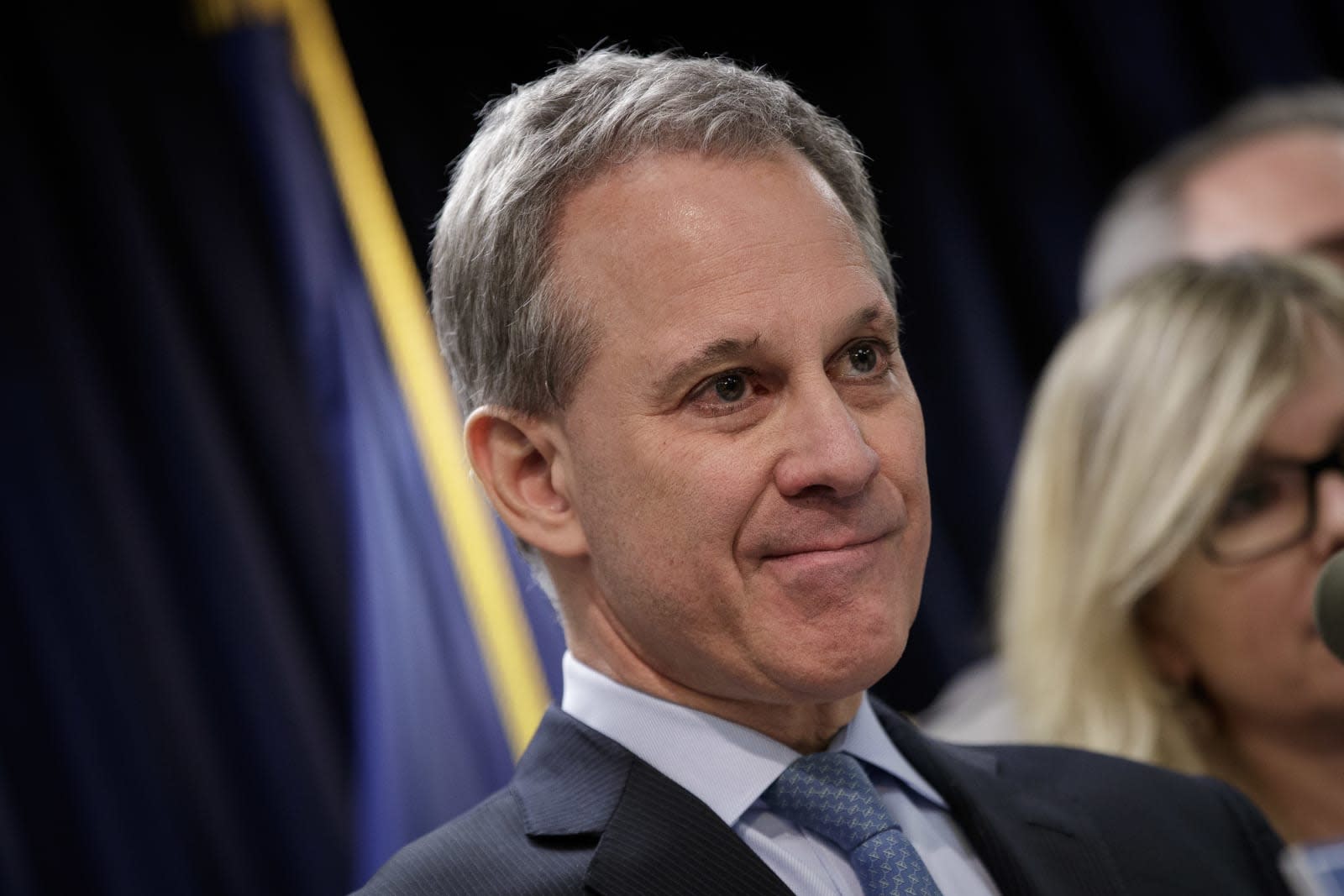 All eyes are on Facebook as more and more information rolls out regarding Cambridge Analytica, its involvement in recent elections and forums and how it came to obtain 50 million Facebook users' profile information. Now, New York Attorney General Eric Schneiderman is joining those demanding more information from the social network giant. "Consumers have a right to know how their information is used -- and companies like Facebook have a fundamental responsibility to protect their users' personal information," Schneiderman said in a statement. "Today, along with Massachusetts Attorney General Healey, we sent a demand letter to Facebook -- the first step in our joint investigation to get to the bottom of what happened."

Massachusetts Attorney General Maura Healey announced that her office was opening an investigation last weekend and she and Schneiderman aren't the only ones looking for answers. Congressional leaders have also demanded more information from Facebook as has the UK Parliament. The FTC is also reportedly conducting its own investigation. Facebook plans to brief Congress on its role in the scandal as early as this week.

"New Yorkers deserve answers, and if any company or individual violated the law, we will hold them accountable," Schneiderman said today.

Update: A third state, New Jersey, has joined in. State AG Gurbir Gurwal said "I am particularly troubled by reports that Facebook may have allowed Cambridge to harvest and monetize its users' private data, despite Facebook's promises to keep that information secure. At this point we have many questions and few answers, and New Jersey's residents deserve to know what happened."

In this article: AttorneyGeneral, cambridgeanalytica, EricSchneiderman, facebook, gear, internet, investigation, massachusetts, MauraHealey, NewYork, politics, security
All products recommended by Engadget are selected by our editorial team, independent of our parent company. Some of our stories include affiliate links. If you buy something through one of these links, we may earn an affiliate commission.