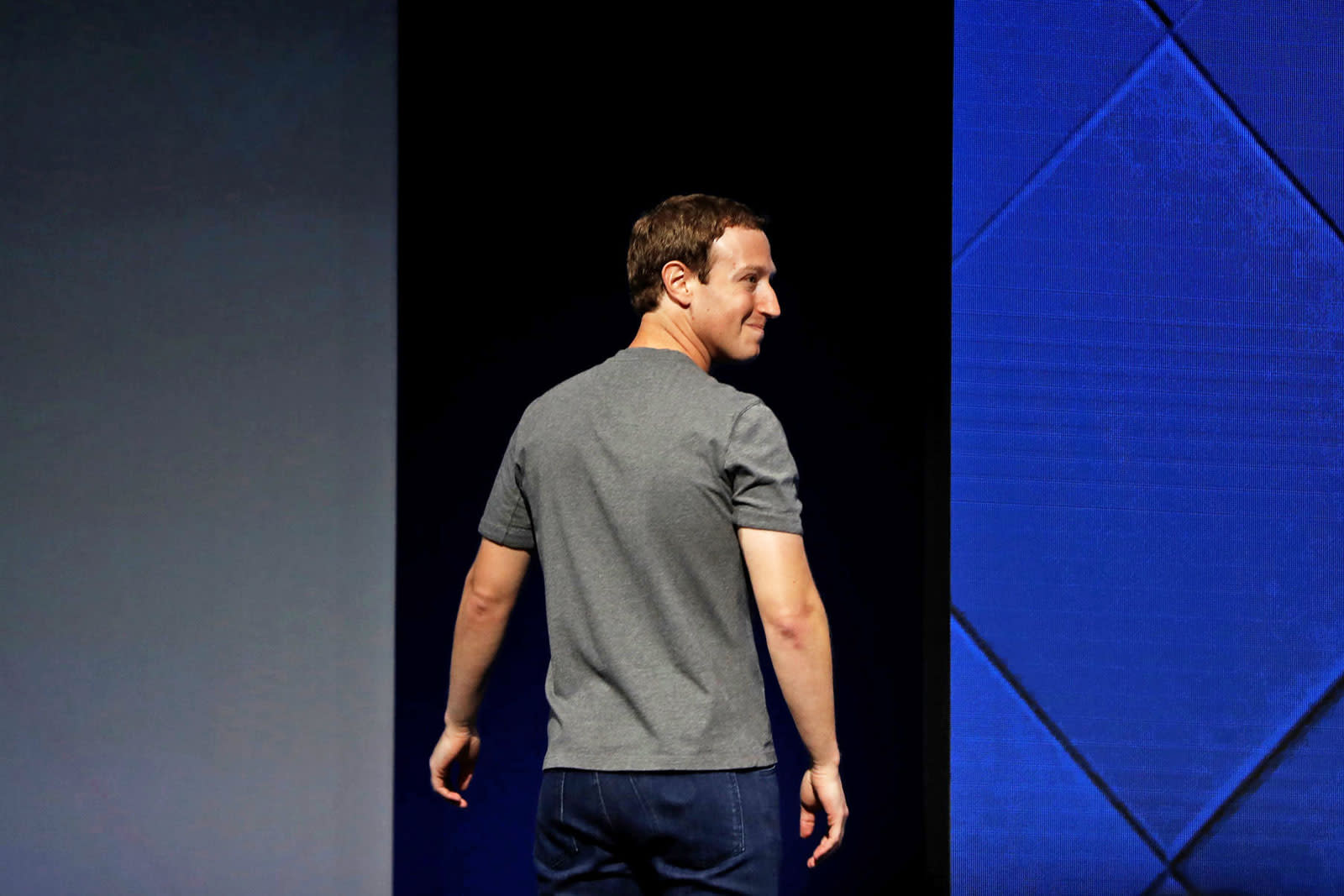 Thus far, Facebook leadership has been largely silent about the ongoing Cambridge Analytica scandal -- a fact that's disturbing to many of the service's millions of users. Most troubling is the lack of a statement from CEO Mark Zuckerberg, but that could change soon. Axios and then NBC News have both reported that Zuckerberg will speak publicly about the incident for the first time in the next 24 hours or so, with a focus on "rebuilding trust."

This public statement will come after days of controversy and public scrutiny into how data-mining firm Cambridge Analytica came into possession of information on some 50 million Facebook users. That data was allegedly provided to the Trump campaign to help it secure a place in the White House in 2016. Since the news broke late last Friday, Facebook has been under fire from Congress, the FTC, the Attorneys General of Massachusetts and New York, the UK's Information Commissioner and -- of course -- the public.

We'll have to wait and see whether his statements can slow Facebook's declining stock price and reassure troubled users, but the cries of #DeleteFacebook appear to be louder than ever.

In this article: cambridgeanalytica, facebook, security, services
All products recommended by Engadget are selected by our editorial team, independent of our parent company. Some of our stories include affiliate links. If you buy something through one of these links, we may earn an affiliate commission.