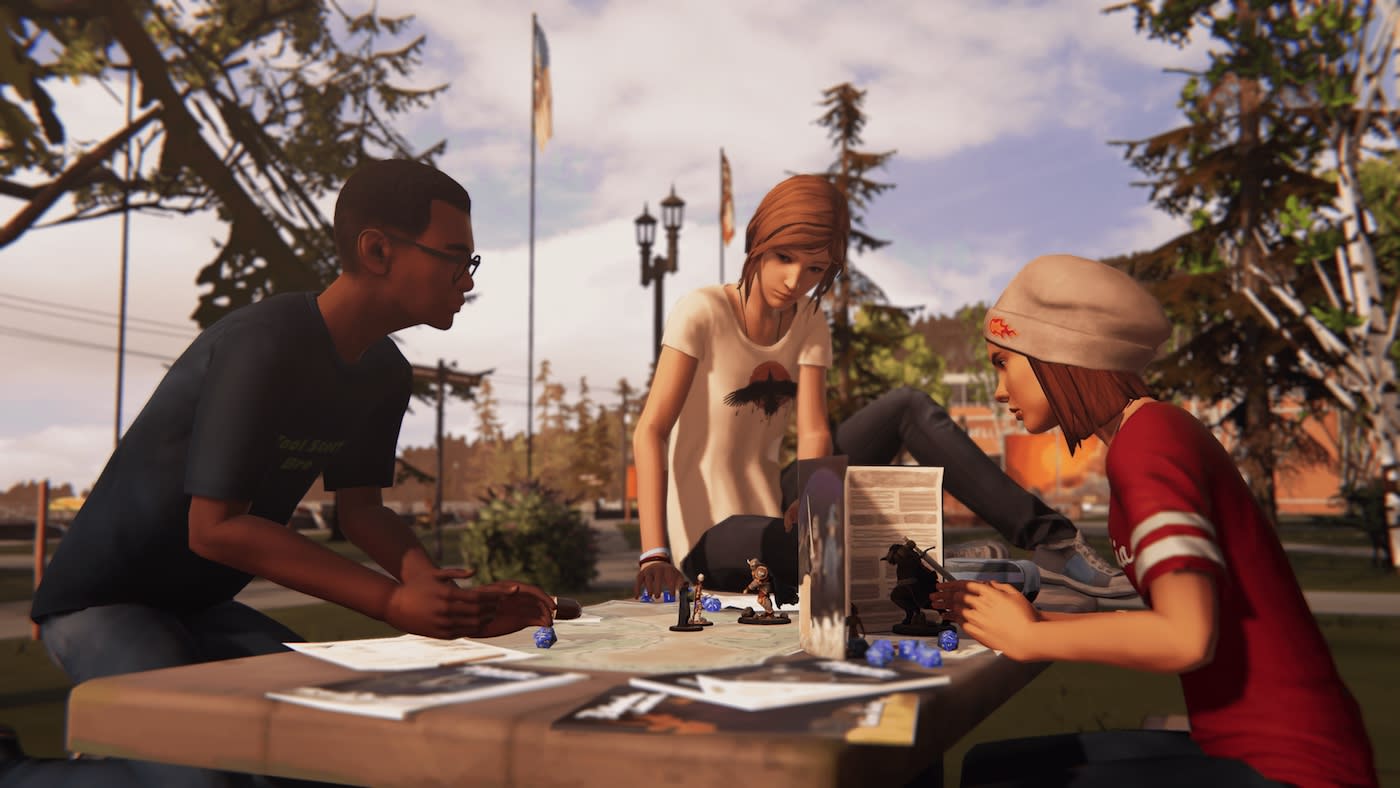 How the 38 Studios scandal shaped 'Life is Strange: Before the Storm'

"My phone blew up when it happened because my friends were like, ‘It's the end.’”

Passion doesn't equate success. It's a hard lesson to learn in any industry -- no matter how dedicated your team is, regardless of how invested they are financially or emotionally, the entire business could burst into flames at any moment. Factors beyond anyone's control can shift the course of a project in an instant, or kill it on the spot.

In 2010, 38 Studios received a $75 million loan from the Economic Development Corporation of Rhode Island, promising to build a universe of MMO games and bring 450 jobs to the state within two years. While $75 million was a hefty sum, it represented just a portion of the budgets of similar MMOs, where individual games could cost upwards of $100 million to develop, plus millions more just to stay online. Supporting World of Warcraft, for example, cost Blizzard $200 million over its first four years on the market.

In February 2012, 38 Studios' first title, Kingdoms of Amalur: Reckoning, came out and was met with moderate success. Within months, the team had sold 410,000 copies of Reckoning and reviews were generally positive.

But by May that year, it was clear 38 Studios was in trouble. A $1.125 million check to the state of Rhode Island bounced, and Gov. Lincoln Chafee said he was working overtime to keep the studio solvent. The next month, the studio declared bankruptcy.

It would've been just another story of the perils of game development -- MMO development, in particular -- if not for that unsecured $75 million loan. The closure of 38 Studios meant Rhode Island taxpayers were responsible for repaying the loan, which came to $112.6 million with interest. The story rocked the video game industry and dominated the regional business news cycle. Rhode Island taxpayers are still repaying the loan today, though the total has been shaved down to about $55 million.

Zak Garriss joined 38 Studios as a writer and designer in 2008, and he left in 2011, just ahead of Reckoning's launch.

"I left right before and then my phone blew up when it happened because my friends were like, 'It's the end,'" Garriss told Engadget. Today, he's the narrative director at Deck Nine, the house behind Life is Strange: Before the Storm, and he carries lessons from 38 with him.

"I remember meeting all the guys and gals at 38 Studios and just really seeing a synchrony there, and recognizing that these guys absolutely love making games," Garriss said. "That's beautiful, that's so cool, we're gonna kill it. And what we learned was, that's not the totality of how the sausage gets made."

Garriss has fond memories of 38 Studios. The team there was special -- they were engaged, communicative and passionate. Still, despite successfully shipping a rich fantasy game and producing plans for two other titles, they all lost their jobs just months after launch.

Though the business aspect of 38 Studios was ill-managed, Garriss said its daily development routine was solid. Innovative, even.

"That's not the totality of how the sausage gets made."

"I think what I learned there built a foundation for who I am as a game developer," Garriss said. "I got to work with some extraordinarily talented people. And part of the ethos, I think, that was particularly unique was this kind of self-production design approach where we, as writers and designers, we really sought to understand our full production pipeline and write with an eye toward the scope."

This isn't how it always works at AAA studios. With hundreds of developers contributing to a single game, teams are often segmented, focusing on individual slices of the project without keeping the bigger picture in mind. It's easier at independent studios, where just a handful of developers are responsible for the entire game and it's easier for everyone to be aware of the complete pipeline.

"What I saw a lot of was this ideological imposition of a binary that I don't think is actually true," he said. "Which is, you love the thing you're working on, or you can sell out and make money working in a studio or just working for the man." Indie developers often view creating a game as a noble, pure undertaking, just like producing any other form of art. Meanwhile, marketing and business dealings are seen as evil tools of soulless corporations. This simply isn't true, according to Garriss.

"For Before the Storm particularly, it really became clear to me that marketing and PR serves a really positive role if you believe in the game you're making," he said. "Marketing is about getting people to play it. Introducing it to people. That experience -- everything you just put your heart and soul into, marketing is about actually trying to earn a chance for someone to give it a shot."

"Marketing and PR serves a really positive role if you believe in the game you're making."

Garriss saw the full effect of major-studio marketing plans with Before the Storm. It was published by Square Enix, a powerhouse in the video game industry, and it benefited from a multitude of advertisements, social media campaigns and special-edition bonuses. It helped that Before the Storm was a quality slice of video game goodness, telling a powerful coming-of-age story in a newly established, beloved franchise.

Under Garriss' narrative leadership, the Deck Nine team kept its eye on the end goal, constantly considering the game's complete development pipeline with every word they wrote. On top of that, they listened to everyone's ideas and didn't hesitate to challenge each other's creative decisions. They weren't afraid to fight -- respectfully. "I've worked in a lot of different writers' rooms where this sort of mentality wasn't necessarily embraced," Garriss said. "When I was recruiting and building the room for Before the Storm, I think I found myself really drawn to these individuals who had a lot of awesome humility about them. Just as much passion as writers as anybody I've met, but a willingness to sort of be proven wrong, or advocate for their ideas at the same time."

The results of this approach -- honed by years of business and creative experience in the video game industry -- speak for themselves. Before the Storm was a hit and it's set Deck Nine up nicely for the future. Garriss won't talk about the studio's next plans, but he's enthusiastic about what's to come.