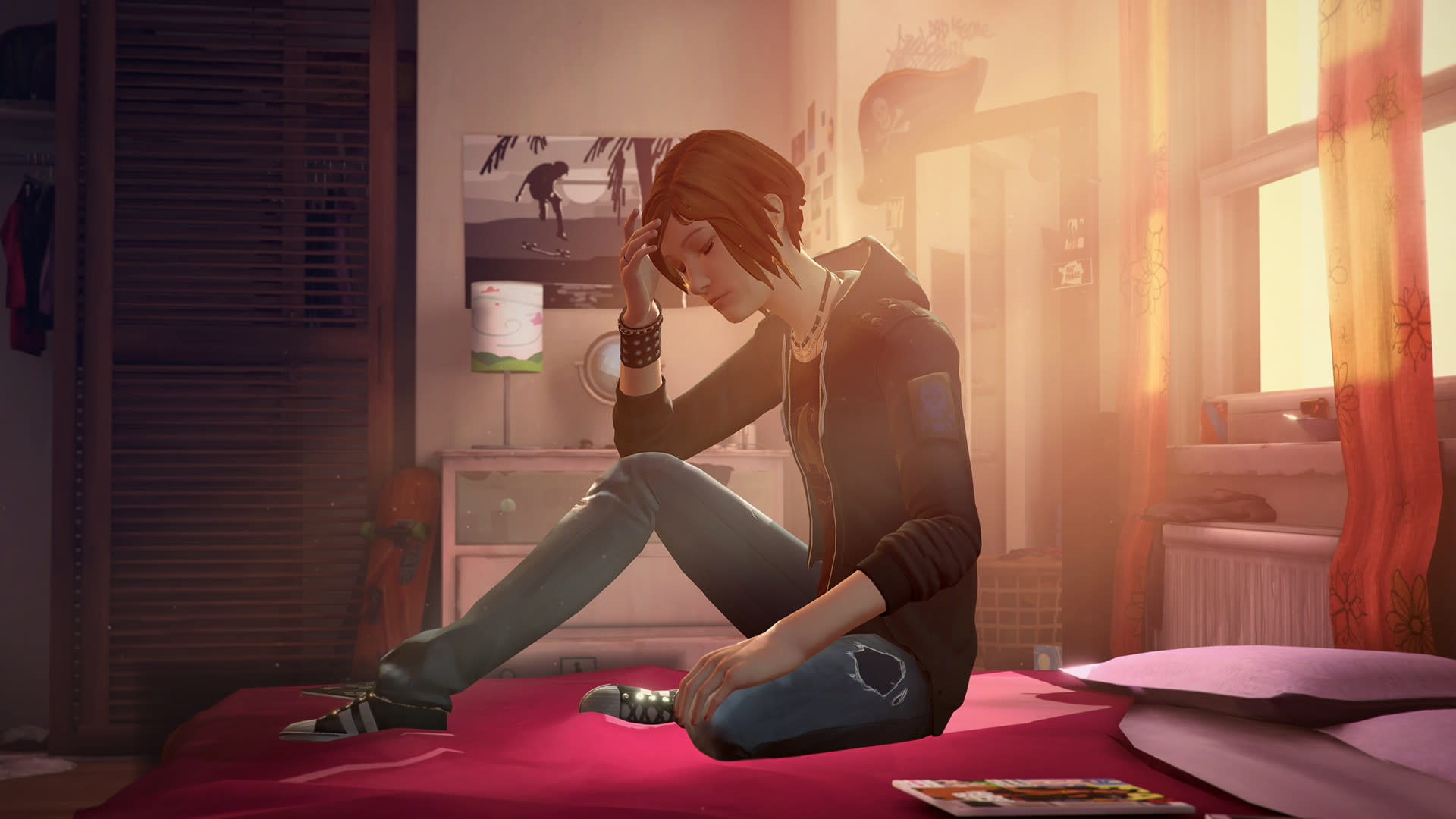 How 'Life is Strange' landed in Deck Nine's hands

'We honestly hadn't really expected that was on the table.'

Idol Minds had been making video games for 20 years when it rebranded as Deck Nine in May. It's not just the studio's name that changed -- its entire mission refocused. Instead of working on titles like Cool Boarders 2001 and Pain, developers built a suite of storytelling tools ideal for crafting narrative-driven games. Deck Nine hired experienced writers and shopped itself around to major publishers, offering to take on emotionally complex projects with branching dialogue paths.

Game director Chris Floyd didn't expect much to come of these early meetings.

"And it was Square [Enix] that came back to us and said, 'What do you think about making the next game in the Life is Strange franchise?'" Floyd said. As fans of the series, developers were floored. And they were in.

Deck Nine's first project as a narrative-focused studio is Before the Storm, a three-episode prequel to Dontnod's award-winning Life is Strange series. The game was a surprise when it was revealed this summer, considering Dontnod had already announced it was working on a full sequel to Life is Strange. Fans had no reason to expect additional episodes -- especially not from an entirely different studio.

Before the Storm is now two episodes in, with one more to go. The pressure that Floyd and the rest of the team at Deck Nine feels has changed -- they've proven they can match Dontnod's tone and emotional depth, but now they have to finish the story in a satisfying way. That's the heart of the studio's new mission, after all.

We caught up with Floyd this month to discuss the studio's process, approach and anxieties when it comes to building Life is Strange: Before the Storm. The following interview has been edited for clarity: I just finished the second episode -- that twist at the end, my god. But I really want to start by talking about how this whole process works. How involved are Dontnod and Square Enix in Before the Storm's development?

Obviously, the foundation that we're building on is what Dontnod established in the first game. And a lot of what we spend our time thinking about, worrying about, is, are we staying true to that original game? To the characters that are established there and the canon that has been established? But when it comes to the development of the story and the game and the gameplay itself, really to Square's credit, they've really said, "Deck Nine, you guys have to own this yourself." And I think because that worked so well for them with Dontnod, with the original game, they've proved for us to do our best work we really had to have ownership of it.

Was it Square Enix's idea to ship the prequel to a different studio?

We as a studio had kind of pivoted to this whole genre of cinematic narrative adventures. We built a tool set specifically for making them, and we built up a team of expert storytellers from film and movie industries as well as the video game industry. So, we went to Square and lots of different publishers saying, "Hey, these are the kinds of things we're ready to make. We have state-of-the-art tools. We have a great team." And it was Square that came back to us and said, "What do you think about making the next game in the Life is Strange franchise?"

And we honestly hadn't really expected that was on the table, to be able to make something in this amazing franchise. We were all such big fans of what Dontnod had accomplished. But it's such a unique vision that they have that we really were kind of surprised when we got offered it. So, as I say, now we try to live up to that privilege. A big part of it is trying to remember what it feels like to be a teenager.

Talking about the game itself -- there's so much melodrama in this series. It could easily get campy, but Before the Storm skirts that line really well. How did you manage to match the emotional tone established by Dontnod?

A big part of it is trying to remember what it feels like to be a teenager. Maybe reconstruct that experience, and I think that's where a lot of the inherent drama and maybe melodrama comes from. And, of course, Chloe at her heart, her story at this particular time is extremely dramatic and emotional. And she has that particular character, that real personality that's kind of brash and a little bit difficult and argumentative sometimes. That adds a lot of that teenage angst.

But I think we also then try to balance it out with some kind of true-to-life lessons that we've taken away from studying the process of grief. In Chloe's case, that's really relevant, having lost parents. What is that like, how do people react to that? If you don't have someone to share it with -- like Chloe doesn't have Max with her during this period of her life -- we try to examine that in a very true-to life-way and work some of those elements in there. I think that's what kind of tempers this from feeling like just a soap opera.

I think our writers have just done a really, really good job doing their research on that front and trying to be honest with that experience.

The team researched the grieving process?

Yeah, definitely. The writers, in particular, looked at memoirs written about the grieving process and they looked at some psychological research on that as well. I can say things like William appearing in dreams, for instance, is an experience that they ran across in researching the lives of people going through grief. And how they kind of relate to their lost love ones in the ways that they can, the way those people still live with them and are never really gone in their minds. Was there an outline for Chloe and Rachel Amber's personalities, or is that all Deck Nine?

We were pretty much just going off of what you hear Chloe say and other characters say about Rachel from the original game. Which, as I say, didn't have a lot of details. So, that was great. That was part of the appeal because we knew this was a character coming into another character's life and just changing it radically.

You got to create Rachel Amber however you wanted. I've been calling her, in my head, a "manic pixie nightmare girl." Not a manic pixie dream girl -- she's a little darker than that.

That's an interesting twist. Yeah, I think that's fair. We did really want to make sure -- because we knew how much Chloe loved her -- that she was lovable. Extremely lovable, especially as we're seeing her through Chloe's eyes. And yet, we also know a lot of troubling things about her from season one. So we had to include a touch of that as well.

There's still one episode left in Before the Storm. How's the pressure now?

We're anxious because we know a lot of people are very invested in it, a lot of storylines for us to kind of touch on and tie up. But, I think we feel pretty confident in the ending of the story as we have it. We really think that we're going to really do justice to this relationship between Chloe and Rachel. We think fans are gonna love it. 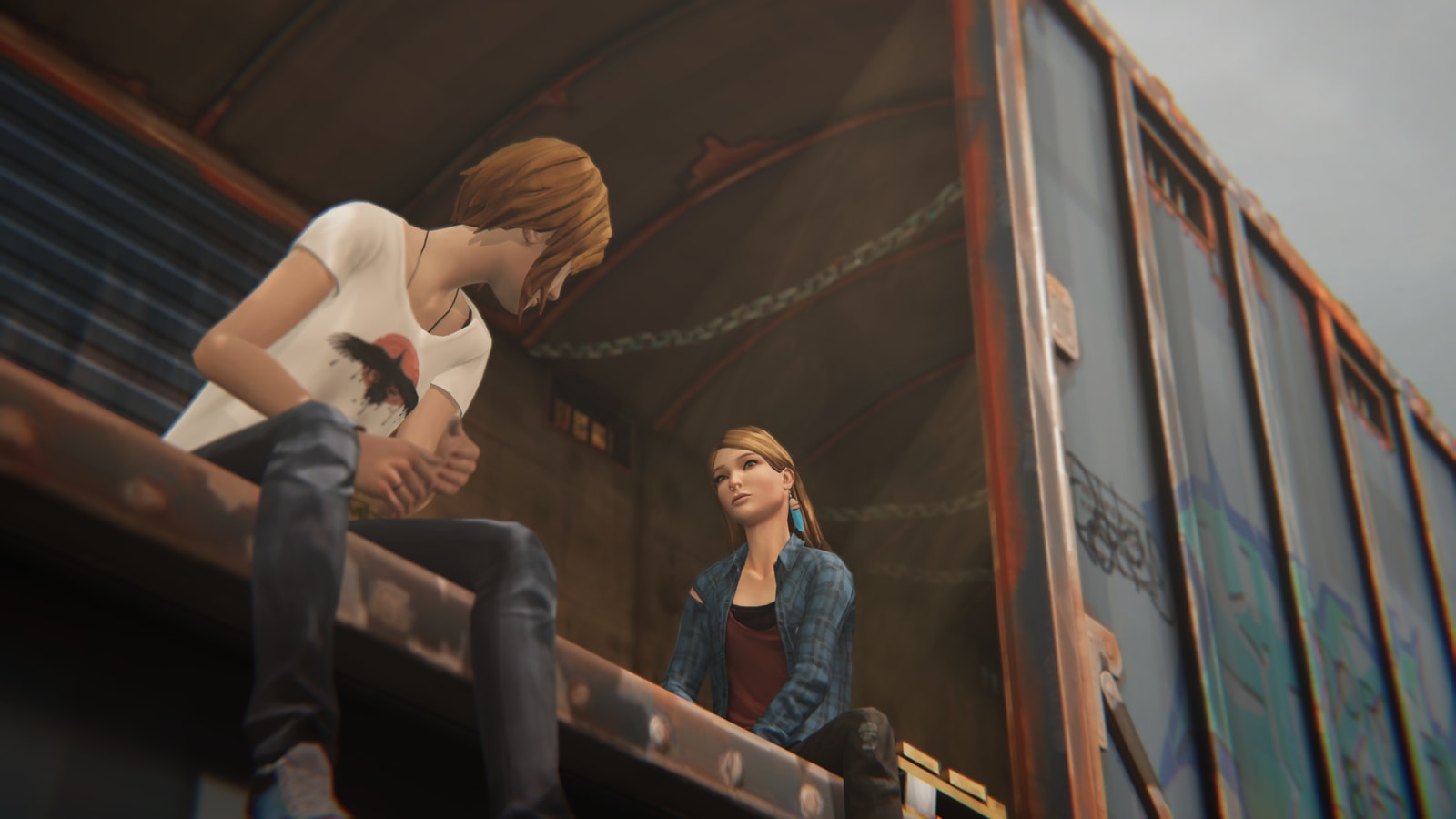 We're very proud to present what we hope is an authentic and believable and non-stereotyped gay relationship.

This is a tangent, but I was watching a streamer play the second episode and at one point he said, "Oh, come on, Chloe, you're not a lesbian." I thought that was funny, because in my head, Chloe is very gay for Rachel Amber. And Max.

How do you approach romance in this game, and the ambiguity of Chloe and Rachel Amber's relationship?

The series as a whole really has never backed away from any real-world sensitive topics or anything like that. So, we knew we wanted to address that. Yes, Chloe and Rachel's relationship was intense and there was was absolute love there from Chloe toward Rachel at the very least from season one. We felt like it was important to allow players some choice in how romantic that got to be. And also, in particular, how quickly. There's no saying how that developed based off of season one, anyway. We know it was intense, but romantically intense? Well, that felt like a place that we could give the players some important choices.

So, we're very proud to present -- if those are the choices you make -- to present what we hope is an authentic and believable and non-stereotyped gay relationship. But we also think, if you feel like a platonic relationship or a slower-developing romantic relationship maybe fits -- after all, we're a game that takes place over the course of three days. They're teenagers, that can happen, but it doesn't have to happen. We're really happy to leave that to the player's choice. So, now I'm looking past Life Is Strange. What's Deck Nine up to next?

Well, we're really excited to make more cinematic adventure games. That's really what we're built for. Beyond that, I don't know that we can speak to the future at this point. We're just not ready to talk about it. We've still got episode three to finish and our farewell bonus episode to complete and release. So, we've got plenty on our plates right now.

Was there anything else you wanted to say before we get out of here?

It's been, again, an absolute privilege to work on the franchise for sure. It was one of our greatest experiences, I feel like, in developing it as well as being able to work with the band Daughter on the soundtrack. We were really excited to have them involved and we're really, really happy with the results there because, of course, music is so important to the series. So that's been, at least personally, I can say one of the really exciting parts of working on the game. And I'm just constantly thrilled with how much the fans have embraced what we've created. We're really happy.