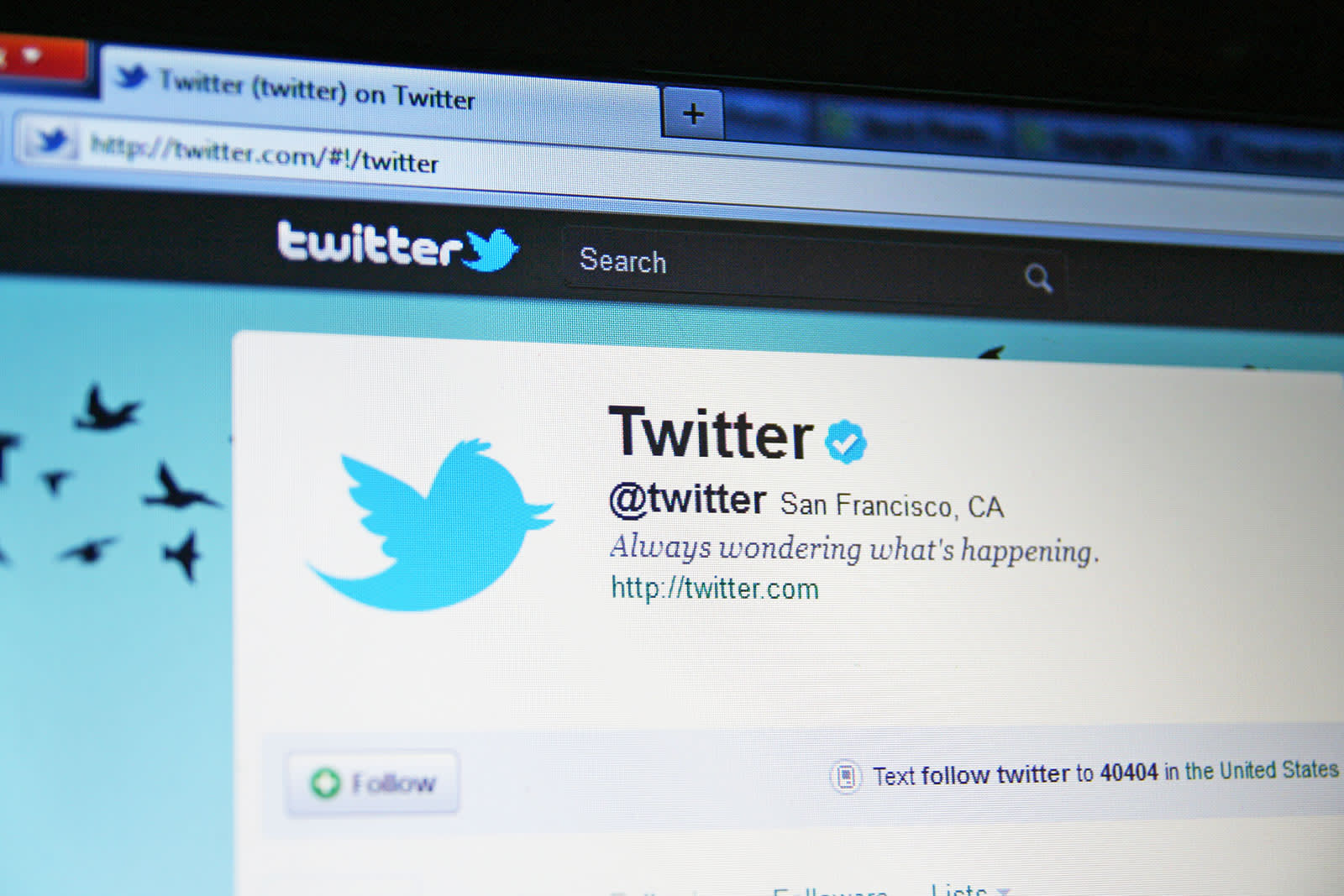 Three months ago, Twitter was able to tell the world that, for the first time in its 12-year life, it had made a profit. The company can now say that those good numbers weren't a blip, since it has now notched a first quarter profit of $61 million. That's down a little from the $91 million it made in the previous three months, but the news is good enough to get the champagne corks popping in San Francisco.

At the end of Twitter's 2017 financial year, the company had 330 million monthly active users, of which 68 million were based in the US. Three months later, and the figure has leapt to 336 million, of which five million users came from overseas, with the remaining million signups coming from locals. Twitter has also claimed that its (otherwise secret) daily user numbers have grown by 10 percent this quarter, down a little from the holidays, but still healthy.

Twitter attributes this growth to a number of factors, including the addition of several new products like bookmarks and video timestamps. Efforts to create "new, curated timelines of tweets around breaking news events," are also helping to drive engagement, and eyeballs. The company is also saying that it's seeing results in its information quality and safety work: euphemisms for a crackdown on malicious bot-and-troll activity.

In the last 16 months, we have made more than 30 individual changes to our product, policies and operations, all with the goal of making Twitter safer, and improving information quality on our service. #TWTR

It is almost never a slow news day on the internet anymore and, like Facebook, Twitter cannot simply hide behind its role as a platform. It has become used as a method to quickly spread propaganda and misinformation, especially after a breaking news event. Earlier this month, the company said that it is trying to tackle those who are "deliberately manipulating" conversations in the wake of tragedies. In the aftermath of the YouTube shooting, Twitter says it began asking people to take down tweets that violate its policies.

The recent crackdown on bulk tweeting from multiple accounts, known as Tweetdecking, has seen the use of fake accounts fall by around 90 percent. Twitter also says that it has spent the last three months killing nearly 150,000 apps that had connected to its APIs for the use of bulk tweeting. The company said those apps were responsible for "130 million low-quality tweets," and their removal should improve things in future. Twitter has also said that its ability to track malicious, automated and spam users has "improved significantly" over the period.

And all of these positive signs are showing on the balance sheet, where advertising revenue and money generated from data licensing grew year-on-year. Twitter made revenues of $665 million, and after expenses, the aforementioned $61 million profit. The company also explained that last year's tax cuts helped slash its tax rate from 37 percent to 24 percent. Consequently, $21 million that would have otherwise gone to state and federal government is now in Twitter's back pocket.

A big driver of all of this growth has been video, which now accounts for more than half of all Twitter's advertising revenues. The company also said that Japan has become the second-largest market for revenue, and expects Asia-Pacific profits to overtake the US in the near future. Video revenues are set to increase this summer, too, after Twitter signed a deal with Fox Sports to broadcast highlight clips from this year's World Cup.

Looking forward, Twitter expects its revenue figures to remain relatively flat going in to the next quarter at around $245 million. Given that the company managed to under-promise and under-deliver on those figures this time around -- at least in the eyes of Wall Street -- it may repeat the trick in the second quarter.

In this article: 2018, Business, gear, internet, Q1, Q12018, Twitter
All products recommended by Engadget are selected by our editorial team, independent of our parent company. Some of our stories include affiliate links. If you buy something through one of these links, we may earn an affiliate commission.