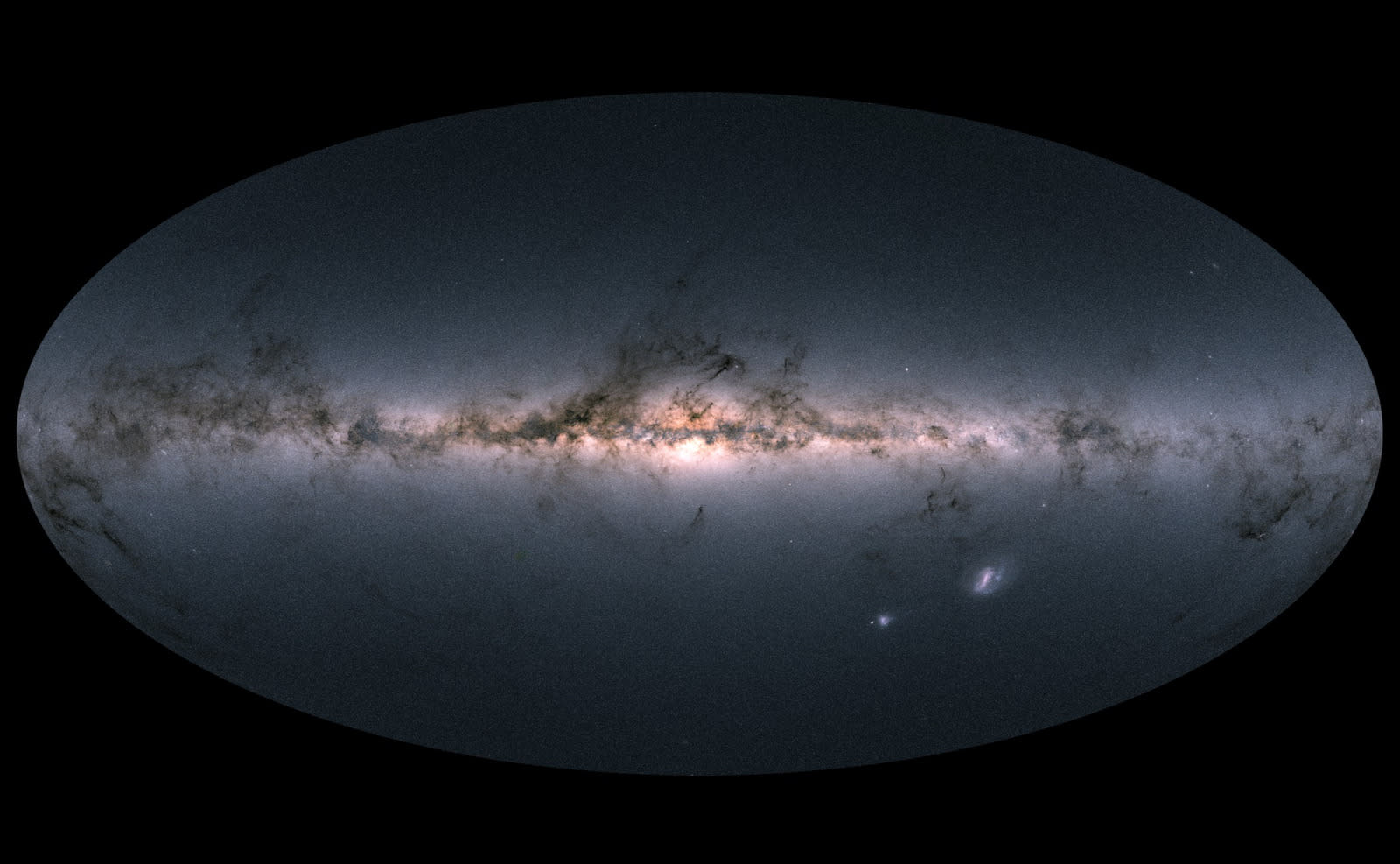 The European Space Agency has updated Gaia's 3D star map, making it much richer and more likely to make you feel like a tiny speck of dust in an incredibly vast universe. This updated map includes stellar objects up to 8,000 light-years away, whereas the first one only covered an area within 500 light-years of where we are. It shows the location and brightness of 1.7 billion stars in our galaxy and beyond, over half a billion more than the first set of data the ESA released back in 2016. Even more impressive is that it also includes the distances and motions of a whopping 1.3 billion stars -- the previous map only contained those values for 2 million.

The Gaia satellite and its one-billion-pixel camera have been mapping the Milky Way (and more) since 2013, collecting data to reveal new information, such as stars we haven't seen before. In addition to the location, brightness, distances and motions of over a billion stars, Gaia's second set of data also includes color measurements of nearly all the star subjects, surface temperatures of about 100 million, the effect of interstellar dust on 87 million, as well as the positions of more than 14,000 known asteroids.

The satellite's data could keep astronomers busy for years. Scientists are already using it to study the evolution of our galaxy, the gravitational forces at play in space and the distribution of dark matter. "Gaia will greatly advance our understanding of the Universe on all cosmic scales," one of the project scientists, Timo Prusti, said. "Even in the neighbourhood of the Sun, which is the region we thought we understood best, Gaia is revealing new and exciting features."

You can watch 960 million of the 1.7 billion stars in motion in the video below, but you can expect to see another one in a few years that looks even denser. Gaia Science Operations Manager Uwe Lammers told Gizmodo that his team is hoping to release a third set of data in 2020.