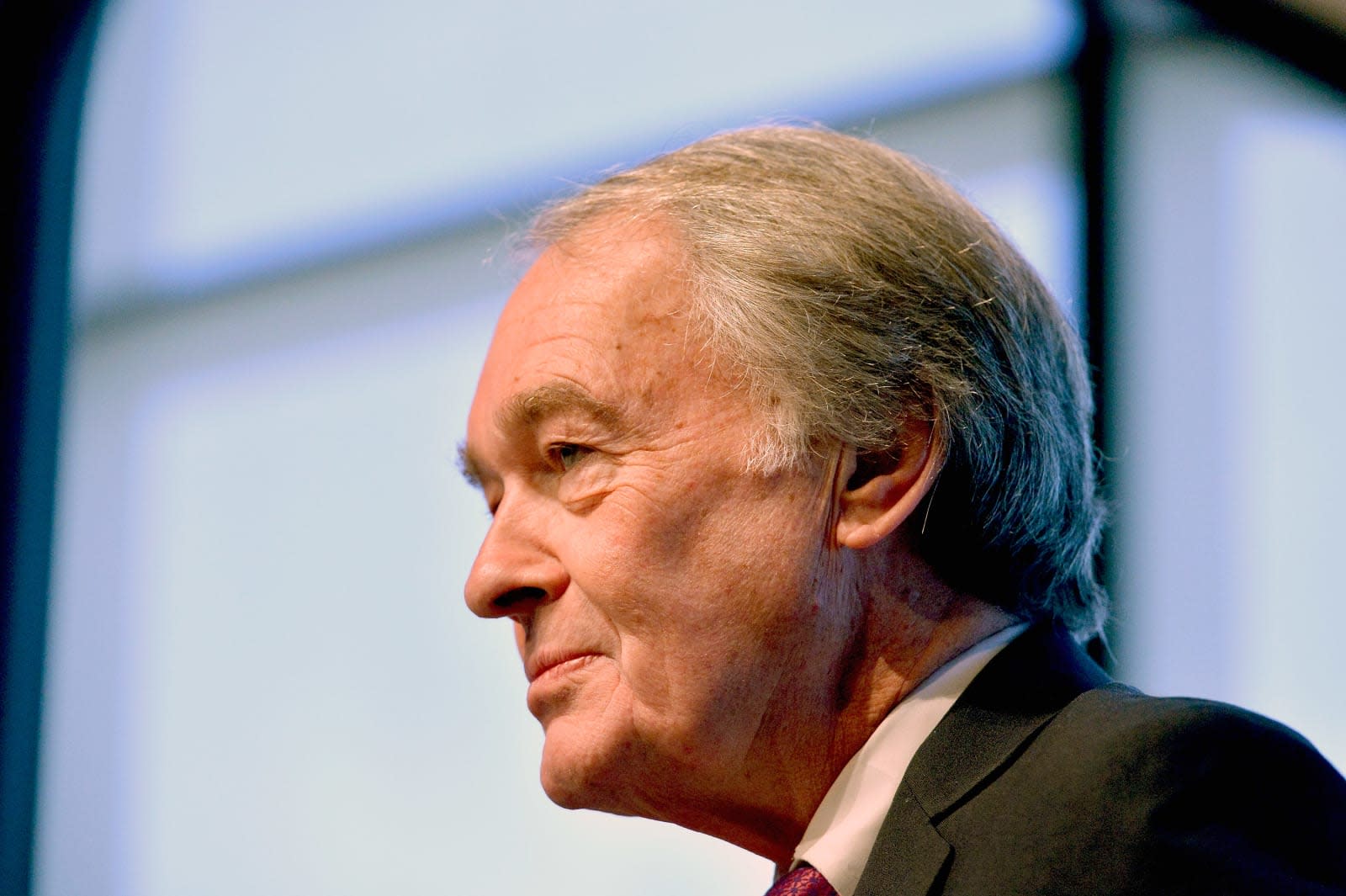 Senator Edward Markey (D-MA) isn't pleased with Facebook and he wants the FTC to do as much as it can to ensure the company is protecting its users' privacy and data. In a letter sent this week to the FTC chairman and commissioners, he requests certain actions be taken against the social media giant and asks for information about the commission's investigation into the company.

Markey says in his letter that he believes the recent revelations about Facebook and its data privacy practices suggest it violated the FTC's 2011 consent decree -- a settlement Facebook signed onto in which it agreed to get authorization from users before sharing their data with others and to inform users of any unauthorized access to their data. "I am concerned that Facebook failed to comply with this consent decree," Markey wrote. "I urge the FTC to use all necessary resources to investigate Facebook, demand that Facebook pay all monetary penalties it owes as a result of any transgressions of the 2011 order and instruct Facebook to institute additional safeguards." Senator Richard Blumenthal (D-CT) made similar requests last month.

Among his requests, Markey is asking that Facebook be required to make its future privacy practice audits available to the public and that the FTC ensure that those conducting the audits are independent of Facebook. He also asks that Facebook be required to stop tracking its users across websites once they've logged out of their Facebook accounts and that the company stop using its facial recognition tools until the FTC's investigation is complete. Further, the senator requests that Facebook be prevented from weakening its current policies that prohibit apps from collecting data on users' friends, as Aleksandr Kogan's now infamous "thisisyourdigitallife" app did. Markey also calls for Facebook to publicly release complaints and records that note violations of the consent decree and report them to the FTC.

In regards to the FTC's investigation into Facebook's data privacy practices, Markey wants to know if Facebook has given the commission all of the audits it was required to make per the 2011 order, who conducted them and who at the FTC is in charge of reviewing them. He also requested information about the ongoing investigation such as when its findings will be available to the public and what steps have been taken so far.

Markey, along with Blumenthal, introduced the CONSENT Act last month, legislation that would place more data security requirements on companies like Facebook and Google.

In this article: cambridgeanalytica, dataprivacy, EdwardMarkey, facebook, ftc, gear, google, internet, investigation, politics, RichardBlumenthal, security, Senator
All products recommended by Engadget are selected by our editorial team, independent of our parent company. Some of our stories include affiliate links. If you buy something through one of these links, we may earn an affiliate commission.