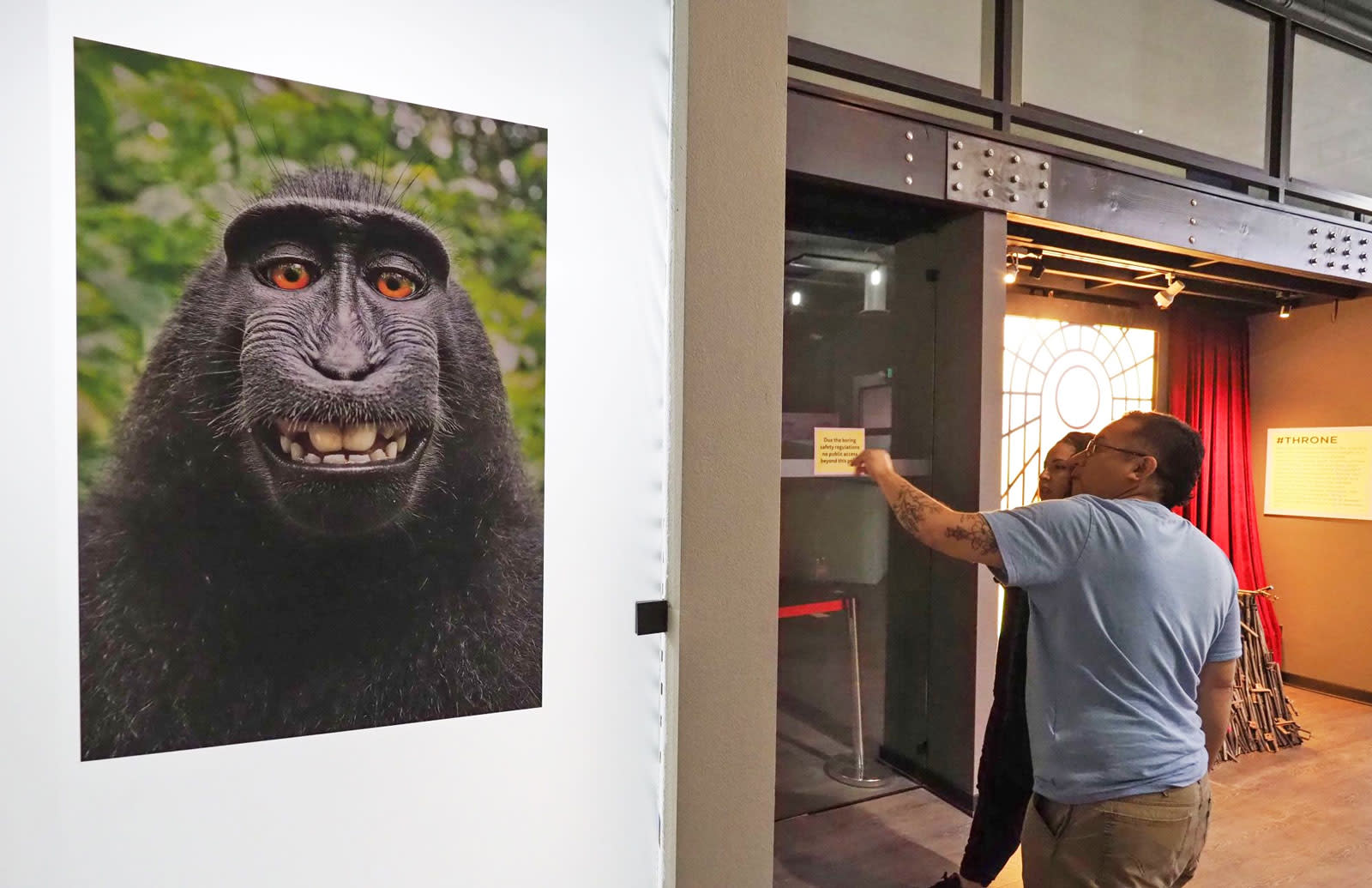 Proving that Hollywood will try anything once (and 17 times if enough people watch it), there might be a movie on based on the infamous "monkey selfie" headed our way. Conde Nast Entertainment has bought the life rights for David Slater, the photographer who found himself in a legal battle over a selfie a macaque took in 2011, according to The Hollywood Reporter. Conde Nast usually develops movies based on articles from its publishing arm's magazines like The New Yorker and Vanity Fair, so this is a slightly different step for the company.

When Slater, who had set up the camera, discovered the amazing photo, he shared it online. But soon found himself subject of a PETA lawsuit over who the true copyright holder was: him or Naruto, the fleet-fingered monkey who immortalized his toothy grin in the selfie. The case finally seemed to close last month, when an appeals court affirmed a lower-court ruling that the macaque can't file a copyright claim. The US Copyright Office has also said that monkeys can't be copyright holders.

Slater, for his part, agreed to donate 25 percent of his future income from the photo to habitats protecting Naruto's species. That might not prove a windfall for conservationists though -- last year, Slater said he was broke and seeking a new career as a tennis coach.

Other than the novelty factor of a monkey taking a selfie and the broader discussion of copyright and attribution, the case is fairly dry. Even if the movie's in its early stages of development and might not progress much further, it's hard to imagine how Conde might spin a killer courtroom drama out of this. Maybe it has more of a biopic in mind for Slater. Either way, in an industry that thinks it can craft a compelling movie based on emoji, nothing is surprising in Hollywood anymore.

In this article: av, condenast, davidslater, entertainment, monkeyselfie, movie, naruto, peta
All products recommended by Engadget are selected by our editorial team, independent of our parent company. Some of our stories include affiliate links. If you buy something through one of these links, we may earn an affiliate commission.