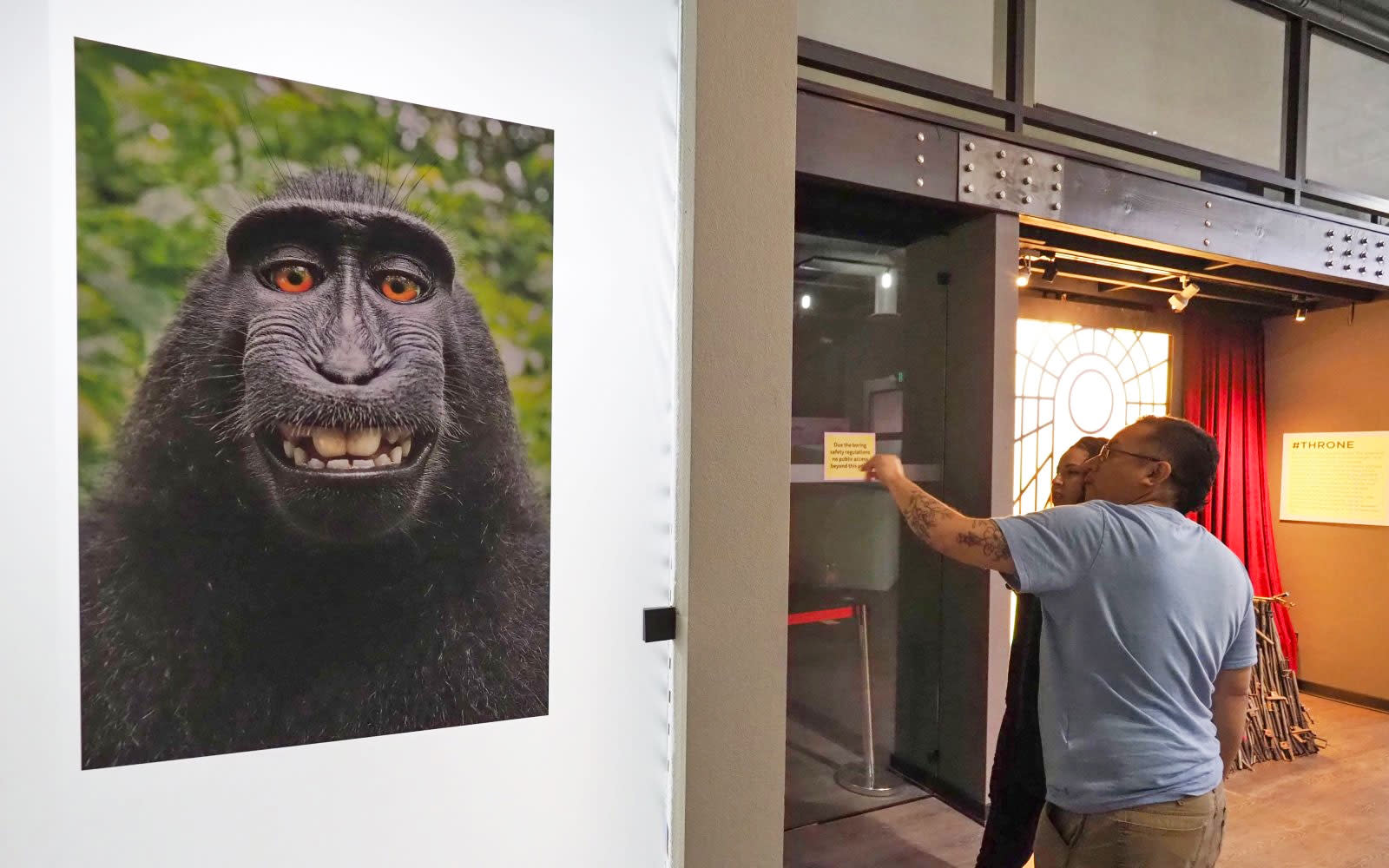 The copyright battle over who owns that famous toothy selfie taken by a macaque monkey in Indonesia apparently didn't end when the parties involved reached a settlement last year. On Monday, an appeals court has affirmed the lower court's decision that Naruto, the seven-year-old crested macaque in the selfie, can't file a copyright claim for the photo. "[W]e conclude that this monkey -- and all animals, since they are not human -- lacks statutory standing under the Copyright Act," Judge N. Randy Smith wrote in the ruling.

Naruto took the selfie way back in 2011 using a camera owned by photographer David Slater when he visited Tangkoko reserve on the island of Sulawesi, Indonesia. Since it was the monkey who snapped the self-photo, the incident sparked a debate on whether animals can own the copyright to a photograph. The US Copyright Office even had to issue a notice on what kinds of work can't be copyrighted, listing "photographs taken by a monkey" as an example. People for the Ethical Treatment of Animals then filed a lawsuit against Slater as Naruto's "next friend" and sought to take any revenue the selfies bring in (which Slater once said was "embarrassingly low").

When they talked settlement last year, Slater agreed to donate 25 percent of future revenue to habitats that protect Naruto's species. While a settlement might sound like a good thing when it comes to lawsuits, Judge Smith believes PETA settled before the Court of Appeals could hand down its verdict to protect itself from a "possible negative, precedential ruling." He said the move led him to believe PETA's "real motivation in this case was to advance its own interests, not Naruto's."

The court also wrote in the ruling that PETA failed to prove that its relationship with Naruto is "any more significant than its relationship with any other animal." As for PETA, the organization's general counsel told the WSJ that the ruling "emphasizes what PETA has argued all along -- that [Naruto] is discriminated against simply because he's a nonhuman animal."