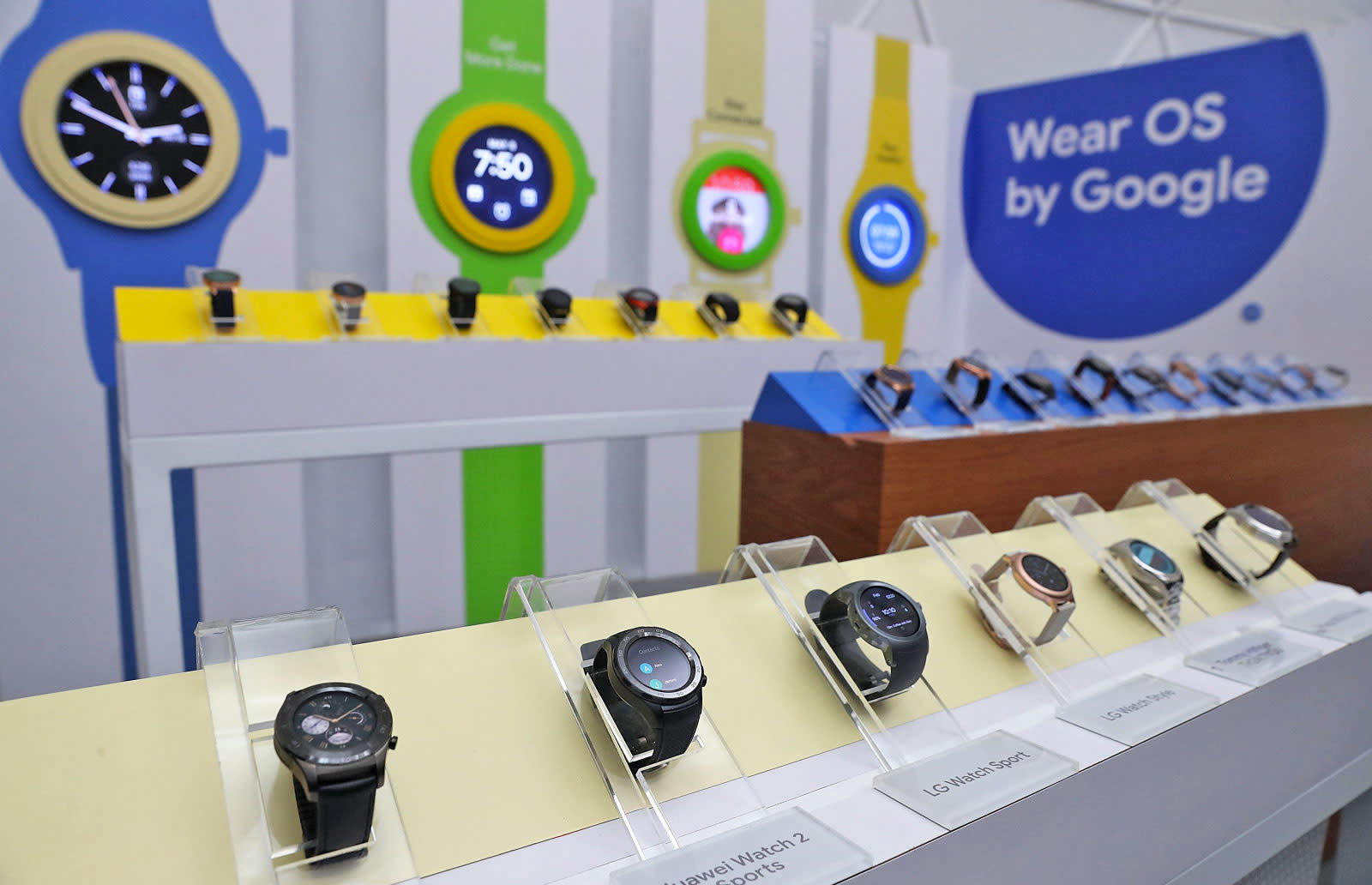 Google could launch up to three Pixel smartwatches this fall, according to leak-meister Evan Blass and German tech site, Winfuture. The devices would likely use Qualcomm's upcoming wearable-dedicated chip, which it designed in close collaboration with Google. It promises to slim down watch designs, extend battery life and come with built-in features like a GPS, LTE, WiFi and a heart-rate sensor.

Google is also working on a new set of Pixel earbuds, the Pixel Buds 2, and will reportedly release the new devices all at once along with the next-gen Pixel 3 and Pixel 3 XL smartphones. The new Buds would hopefully keep the excellent battery life, but improve the things we didn't like about the old ones, namely the poor Google Assistant integration, wonky touch controls, and lack of ambient noise blocking.

Besides the Pixel 3, Pixel 3 XL, and second-gen Pixel Buds, a reliable source tells me -- with high confidence -- that Google's fall hardware event will also introduce a Pixel-branded watch. Have a great summer!

A Pixel Watch makes a lot of sense. Wear OS (formerly Android Wear) devices are getting better, but they still haven't captured the public's imagination the way the Apple Watch has. If Google can create a solid reference design (or designs), they might inspire other manufacturers to do better.

There's no word on what a Pixel watch would look like, but if Google builds more than one, it would make sense to have a model dedicated to style and another to sports tracking, much like LG did with its Watch Sport and Watch Style. In any case, if Qualcomm's promises about efficiency hold true, you can expect better than the two day battery life offered by most current Watch OS models. That alone should make them much more interesting to buyers.

In this article: AndroidWear, gear, google, Pixel, PixelBuds, Smartwatch, wearables, WearOS
All products recommended by Engadget are selected by our editorial team, independent of our parent company. Some of our stories include affiliate links. If you buy something through one of these links, we may earn an affiliate commission.