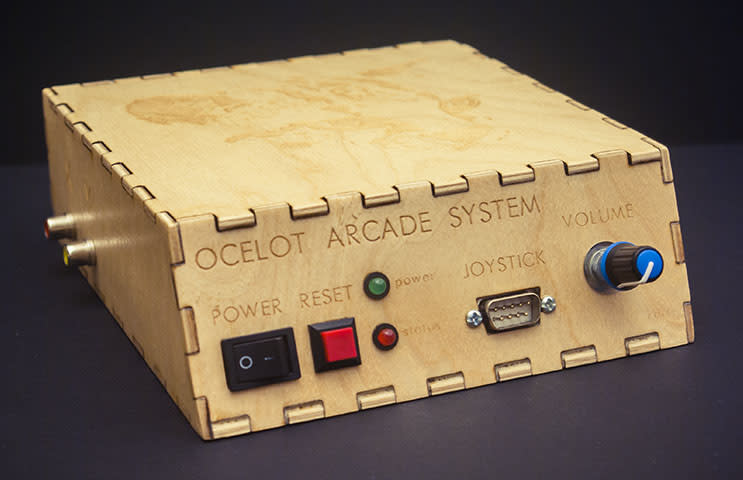 Throughout gaming's storied history, there's been some wild hardware like N-Gage, the Barcode Battler and, more recently, Nintendo Labo. But we haven't seen anything quite like the Ocelot Arcade System, a homebrew console that uses an oscilloscope as its display. Yep, an oscilloscope. The console can display 3D vector graphics in real time and deliver four-channel polyphonic sound through a built-in amplifier and speaker.

Creator Mathew Carr has developed a few games for his system, including the Star Fox-influenced Star Lynx and Asteroids tribute Mattsteroids. Both feature original music and smooth wireframe visuals that accurately reflect the styles of their precursors. To stick with the retro vibe, Ocelot uses Amiga, Atari, Sega Master System or Genesis controllers.

Carr has worked on the project since 2014, though Gamasutra only just brought it to our attention. If you want an Ocelot of your own (and let's face it, this is really neat, so why wouldn't you?), you'll probably have to build it -- there's only one in existence, and it's not for sale.

In this article: av, console, gaming, homebrew, mathewcarr, ocelot, starfox
All products recommended by Engadget are selected by our editorial team, independent of our parent company. Some of our stories include affiliate links. If you buy something through one of these links, we may earn an affiliate commission.