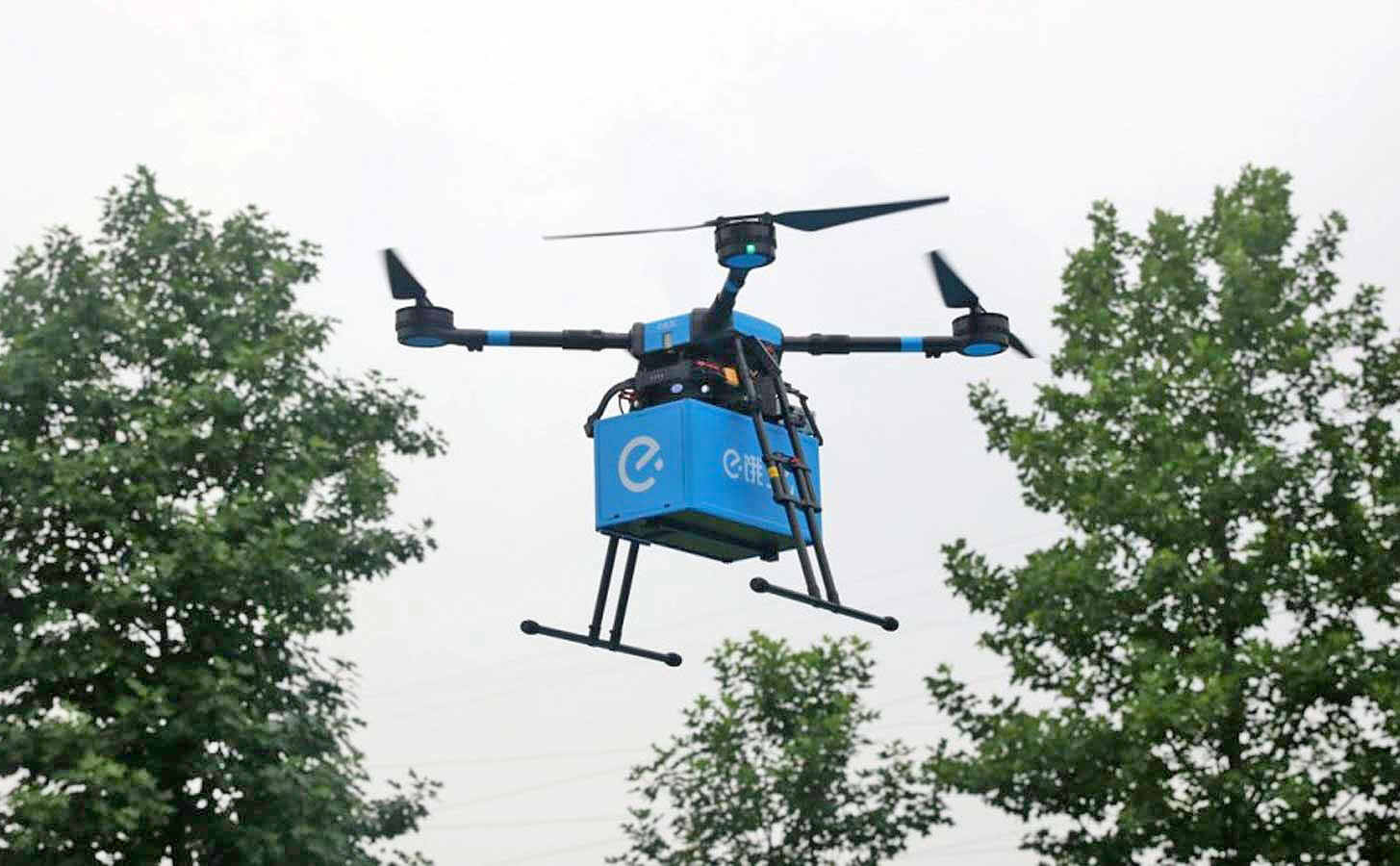 You don't have to wait for food delivery drones... if you live in the right part of China. Alibaba's online meal giant Ele.me has been cleared to use drones for delivering orders in Shanghai's Jinshan Industrial Park. The initiative won't deliver directly to your abode, but it will save you a lot of travel time: there are 17 routes, each of with two fixed drop-off points. Your food should arrive within 20 minutes, which isn't always possible with conventional cars slogging through traffic.

Despite the automation, Ele.me believes this could be better for drivers. Humans would only need to cover about 15 percent of its routes, and should lower operating costs in the process. Existing couriers could make up to five times more income, it claimed.

This approach wouldn't likely work in primarily residential areas, so you could easily argue that Ele.me is taking a shortcut to putting drones into service. At the same time, this underscores a few of the advantages Chinese companies have when introducing commercial delivery drones. The US is only just considering looser rules that would enable practical drone couriers, while a Made in China 2025 campaign is providing grants, investments and loans to help technological innovation in fields like this. The edge might not last for long, but it's hard not to look on with some envy as Shanghai residents receive their grub from above.

In this article: alibaba, china, delivery, drone, ele.me, eleme, food, food and drink, food-and-drink, foodanddrink, fooddelivery, gear, restaurant, robots
All products recommended by Engadget are selected by our editorial team, independent of our parent company. Some of our stories include affiliate links. If you buy something through one of these links, we may earn an affiliate commission.