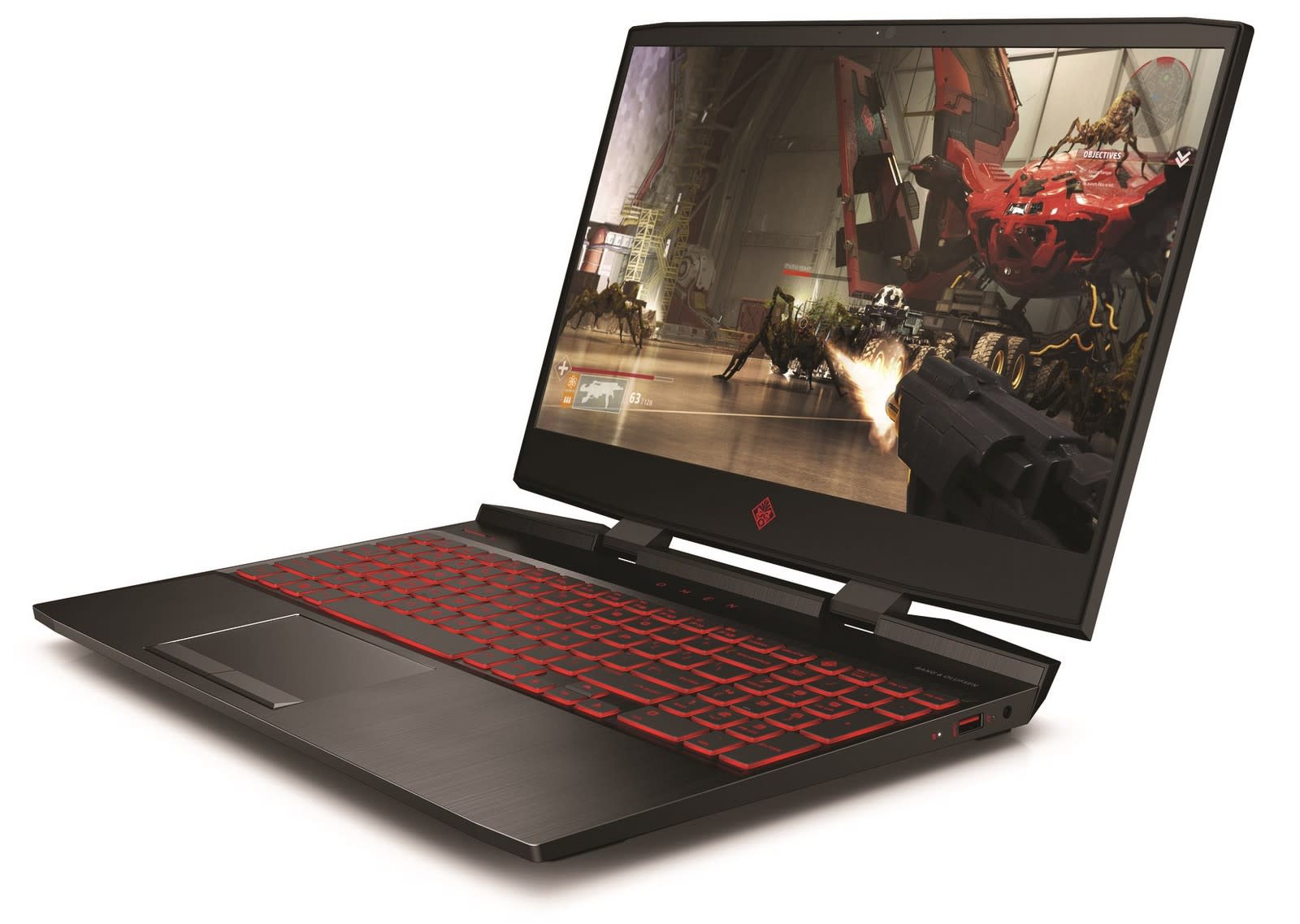 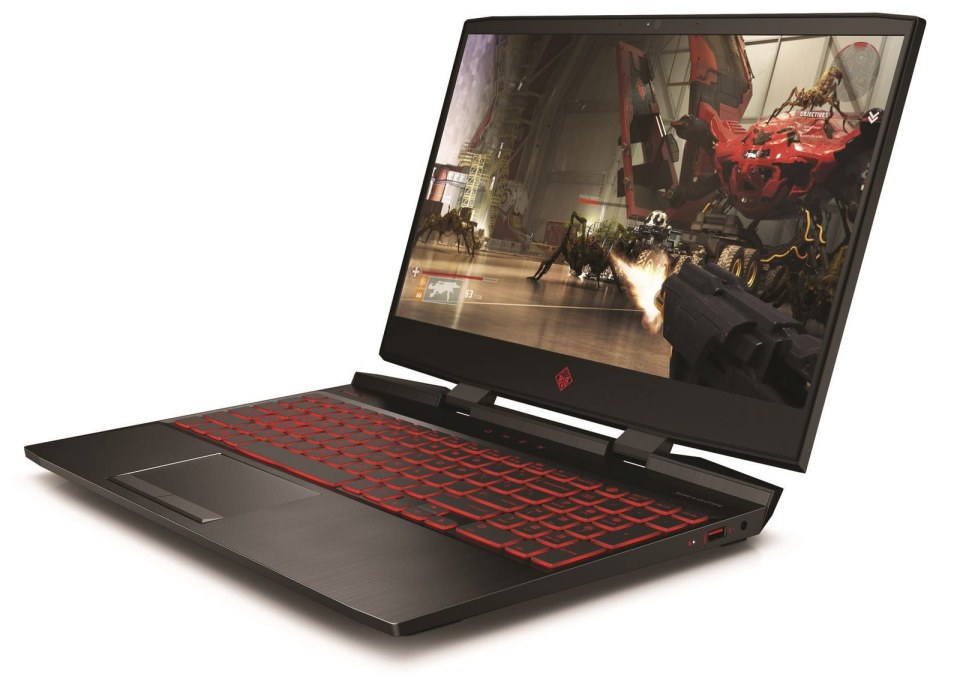 HP isn't being left behind in the gaming laptop arena. Like recent entries from ASUS, Acer, Gigabyte, MSI and Razer, HP's flagship Omen 15 is getting a slew of upgrades. That includes a slimmer case, dramatically reduced screen bezel, and even more horsepower thanks to NVIDIA's GTX 1070 Max-Q GPU. Take all of that together with the Omen's relatively low starting price of $979, and HP might have another great option for gamers without a huge budget. The Omen 15 has the same "fighter jet" styling as last year's model, with a black and red plastic case filled with sharp, angular lines. HP claims this new version is 7.4 percent less wide and just under five percent thinner than before. It weighs just below five pounds with a GTX 1050 and 5.3 pounds with the GTX 1060 or 1070 graphics.

The most dramatic difference, though, is the bezel around the Omen's 15.6-inch screen, which is 65 percent smaller around the sides and 35 shorter at the top. As for the display itself, you've got the option of 1080p and 4K at 60Hz, and 1080p at 144Hz. Some configurations will also feature NVIDIA's G-SYNC technology, which will smooth out gameplay even more.

As you'd expect, the Omen 15 features 8th generation Intel CPUs, going all the way up to the Core i+ H-series in six and quad-core configurations. NVIDIA's GTX 1070 Max-Q GPU is also a notable upgrade, since last year's model topped out with the GTX 1060 Max-Q. That means you can expect more than just solid 1080p performance -- you could conceivably see frame rates to match the fast 144Hz display option. To keep things cool, HP added more vents to some Omen 15 configurations, as well fluid dynamic bearing fans with larger fins than before.

If you've got multiple PCs around the house, you'll also be able to take advantage of the Omen 15's built-in game streaming technology. It'll let you broadcast gameplay from the laptop to slower machines -- which could be useful if you have one near your TV. The Omen 15 is the first HP PC to include game streaming (which is powered by technology from Parsec), but the company plans to make it available to all of its Omen machines eventually.

In this article: gadgetry, gadgets, gaming, gaminglaptops, gear, hp, Omen, Omen15, personal computing, personalcomputing
All products recommended by Engadget are selected by our editorial team, independent of our parent company. Some of our stories include affiliate links. If you buy something through one of these links, we may earn an affiliate commission.