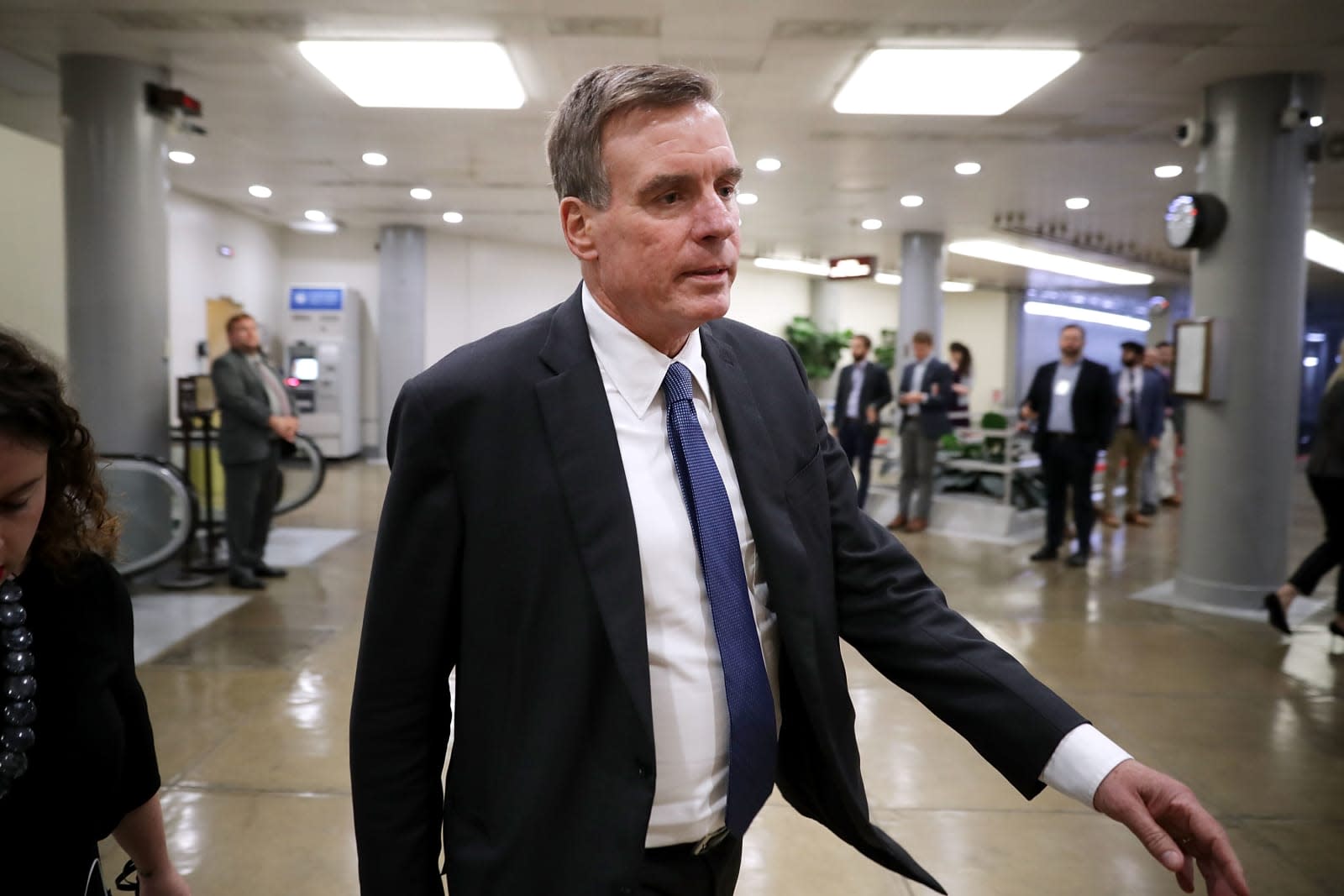 The New York Times recently revealed that Facebook entered into agreements with at least 60 mobile device companies, giving them access to Facebook user data so that the companies could recreate Facebook-like features. Among those companies are four Chinese firms -- Huawei, Lenovo, Oppo and TCL -- which has spurred some concern among US lawmakers. Today, Senator Mark Warner (D-VA) sent letters to both Alphabet and Twitter, inquiring as to whether they entered into similar data-sharing agreements with any mobile device companies based in China.

"Since at least October 2012, when the House Permanent Select Committee on Intelligence released its widely-publicized report, the relationship between the Chinese Communist Party and equipment makers like Huawei and ZTE has been an area of national security concern," wrote Warner. He then goes on to ask both companies if they've had agreements in place similar to Facebook's and if so, whether any Chinese firms like Huawei, ZTE, Lenovo or Xiaomi were included. He also asks if any data was stored on those companies' servers, how they vetted companies before entering into such agreements, how they audited their partners' activity and what sorts of legal actions were in place in the event that those companies violated any agreements involving user data.

Earlier this week, Senator Ed Markey (D-MA) asked the Senate Foreign Relations Committee to call Facebook CEO Mark Zuckerberg before it and question him on the company's practice. He and Senator Richard Blumenthal (D-CT) also sent Zuckerberg a letter seeking answers to some questions they had about the data-sharing agreements.

US officials have warned against the use of Huawei devices, citing concerns over company connections with the Chinese government, and Congress has sought to ban US agencies from working with the company.

In this article: alphabet, business, china, dataprivacy, facebook, gear, google, huawei, lenovo, markwarner, oppo, politics, security, tcl, twitter, xiaomi, zte
All products recommended by Engadget are selected by our editorial team, independent of our parent company. Some of our stories include affiliate links. If you buy something through one of these links, we may earn an affiliate commission.