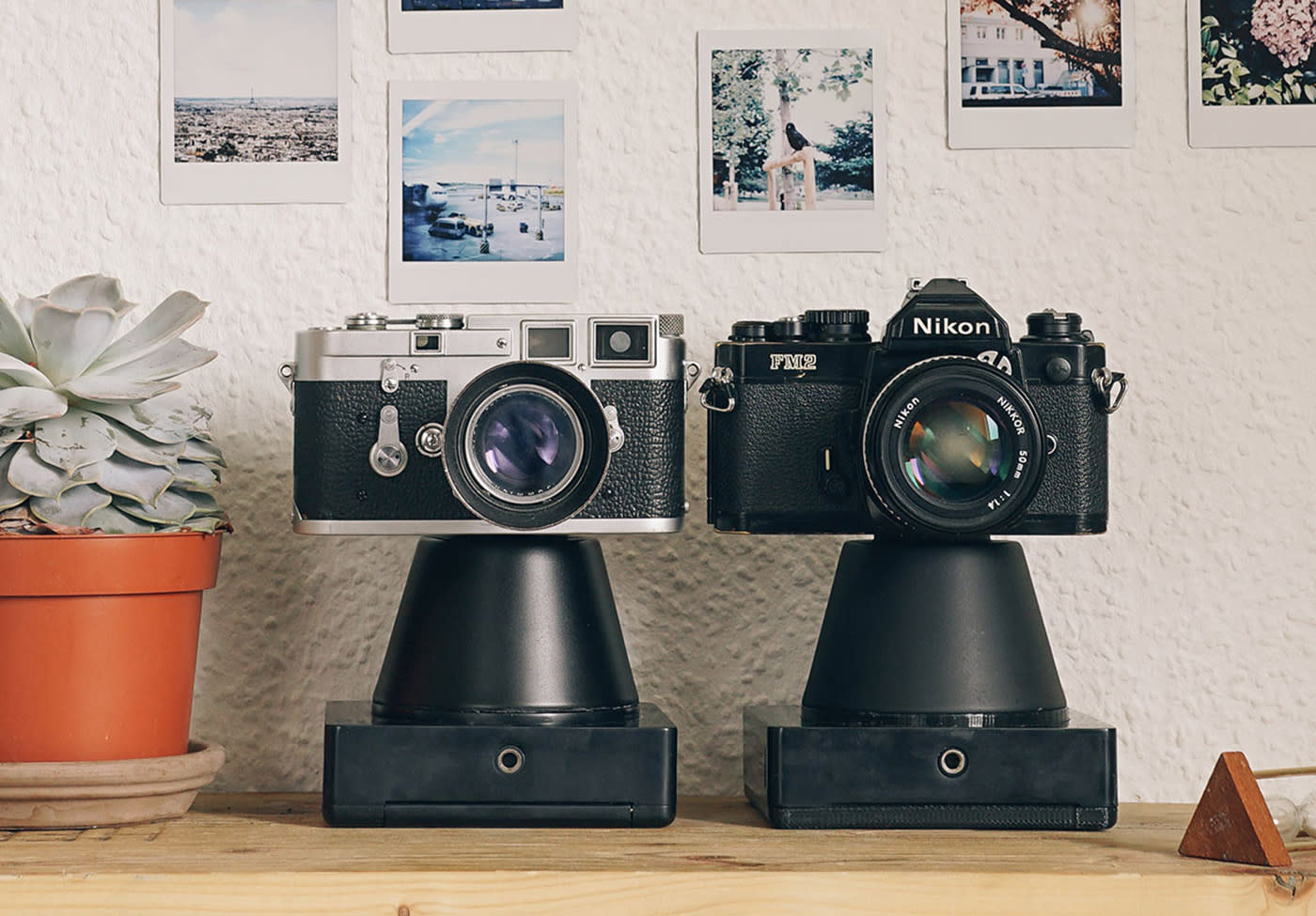 Your old film camera still has marvelous optics and electronics, so it's a shame to let it gather dust. Hong Kong-based NIMN lab has another idea: Why not turn it into a Polaroid-like instant camera? The company's Instant Magny 35, which is a much lighter and smaller version of Nikon's Speed Magny back from the '60s, does just that. It lets you snap photos with your favorite 35mm or rangefinder camera and lenses, then get an instant photo on Fujifilm Instax Square 62 x 62 mm instant film.

The Instant Magny 35 consists of an enlarging film back, aluminum lens barrel and film ejection unit. To use it, you remove the back of your camera and replace it with the Magny back. Then, you just snap the other modules on (using bayonet mounts) and take pictures as usual -- the image is enlarged and projected via mirrors to the instant film at the bottom. Afterwards, you hit a button and the final shot is ejected, and within a few minutes, you have an instant photo.

It has a maximum effective f/4 aperture, uses four AAA batteries and features an LED film counter, tripod socket and a dark slide. You can take multiple exposures on the same film simply by leaving the slide in. It fits SLR and rangefinder cameras from Pentax, Canon, Leica, Nikon and Olympus, including well known models like the Pentax ME, Canon AE-1 and Nikon FM.

Beware that images taken with the Magny 35 will be flipped left to right, as if you're looking in a mirror. That was necessary, the company said, or the device would have been much bigger. Thanks to the use of lightweight materials and the design, however, it's a lot smaller than Nikon's original Speed Magny (below).

The Magny 35 is now on Kickstarter for $99, and once it arrives in stores in January 2019, the price will rise to $199. While that's more expensive than a smaller-format, $50 Instax Mini, it's competitive with Fujifilm's first fully analog Instax Square model, the $130 SQ10. As with all things Kickstarter, remember that you could lose all your money, but so far the project looks like it will easily hit its funding goal, so $99 is probably worth the risk.