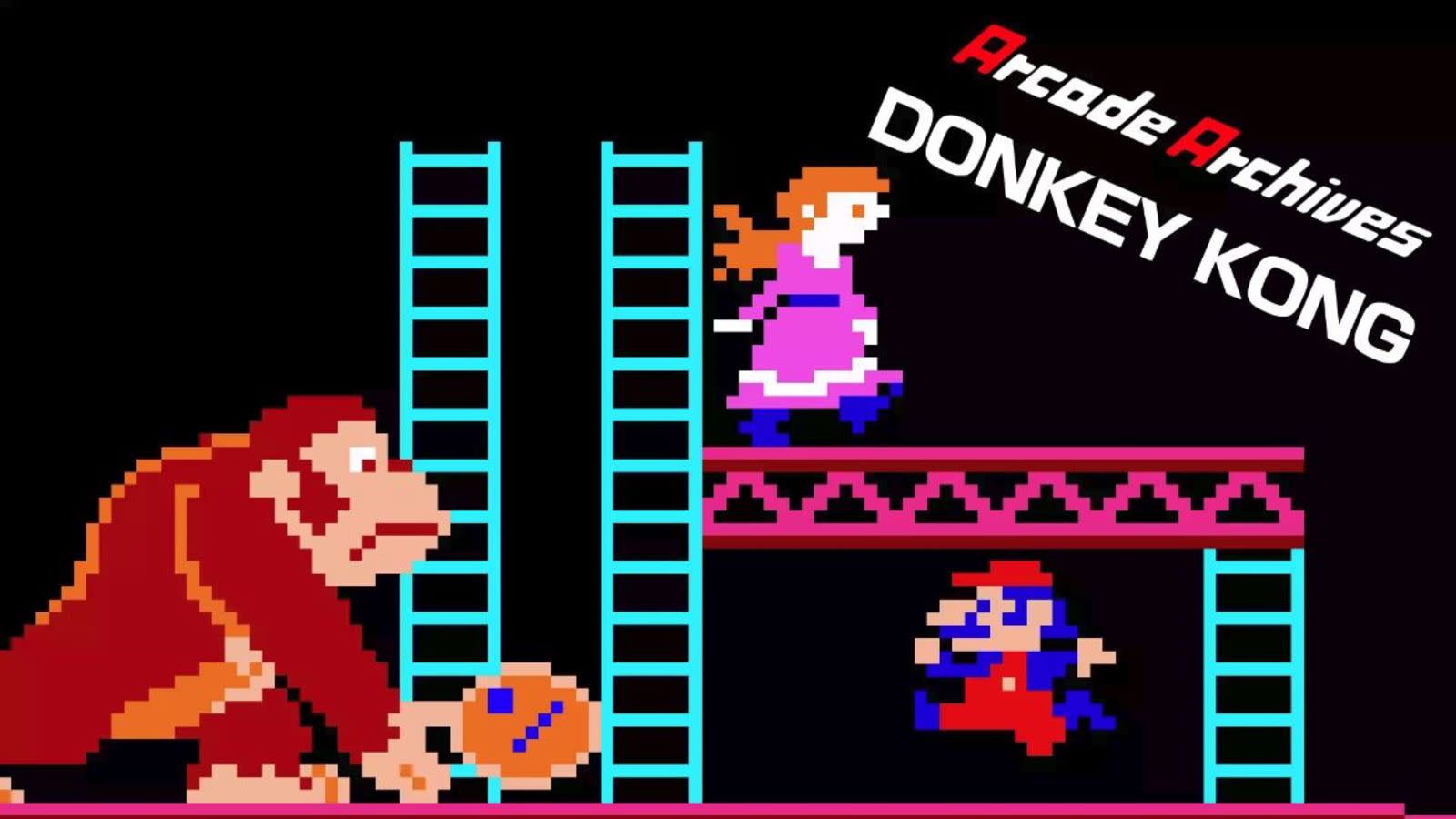 Donkey Kong, the arcade trailblazer responsible for helping to catapult Nintendo into the spotlight, has been re-released on the Nintendo Switch. That's not all -- it will soon be accompanied by the lesser known Sky Skipper.

Nintendo welcomed Donkey Kong into its Arcade Archives program -- a repository of retro hits managed by Hamster Corporation -- during the opening moments of its Treehouse Live event at E3. The classic barrel-hopping action game is currently available through the eShop for $7.99.

In addition to the quarter-guzzling version that took US arcades by storm, fans will have access to a couple other versions, including the early edition -- the very first (and very buggy) release that enjoyed an exclusive Japan launch. Glitch lovers might be interested to know that the earliest Donkey Kong allowed players to skip the barrel stages entirely.

Donkey Kong's cultural impact is indisputable, but its limited color palette and basic sprites are a far cry from Donkey Kong Country: Tropical Freeze's luscious landscapes. Nintendo's obviously capitalizing on nostalgia, and has done so in the past by launching slightly redefined versions of Donkey Kong for NES, GameBoy, Wii's virtual console and the NES Remix on Nintendo 3DS. One crazily entrepreneurial individual even built his own miniature cabinet devoted to Donkey Kong. The biggest selling point when it comes to the Switch edition, however, is how pristine and unmodified Donkey Kong is going to be.

Sky Skipper acts as a portal to the eighties too, though its co-op pilot antics never officially debuted on US soil. Despite that, Sky Skipper still carries a certain prestige amongst arcade enthusiasts -- who will finally be able to try it this July when it joins Nintendo's growing list of Arcade Archive games.

In this article: av, donkeykong, e3, e32018, gaming, nintendo, nintendoswitch, skyskipper, switch
All products recommended by Engadget are selected by our editorial team, independent of our parent company. Some of our stories include affiliate links. If you buy something through one of these links, we may earn an affiliate commission.