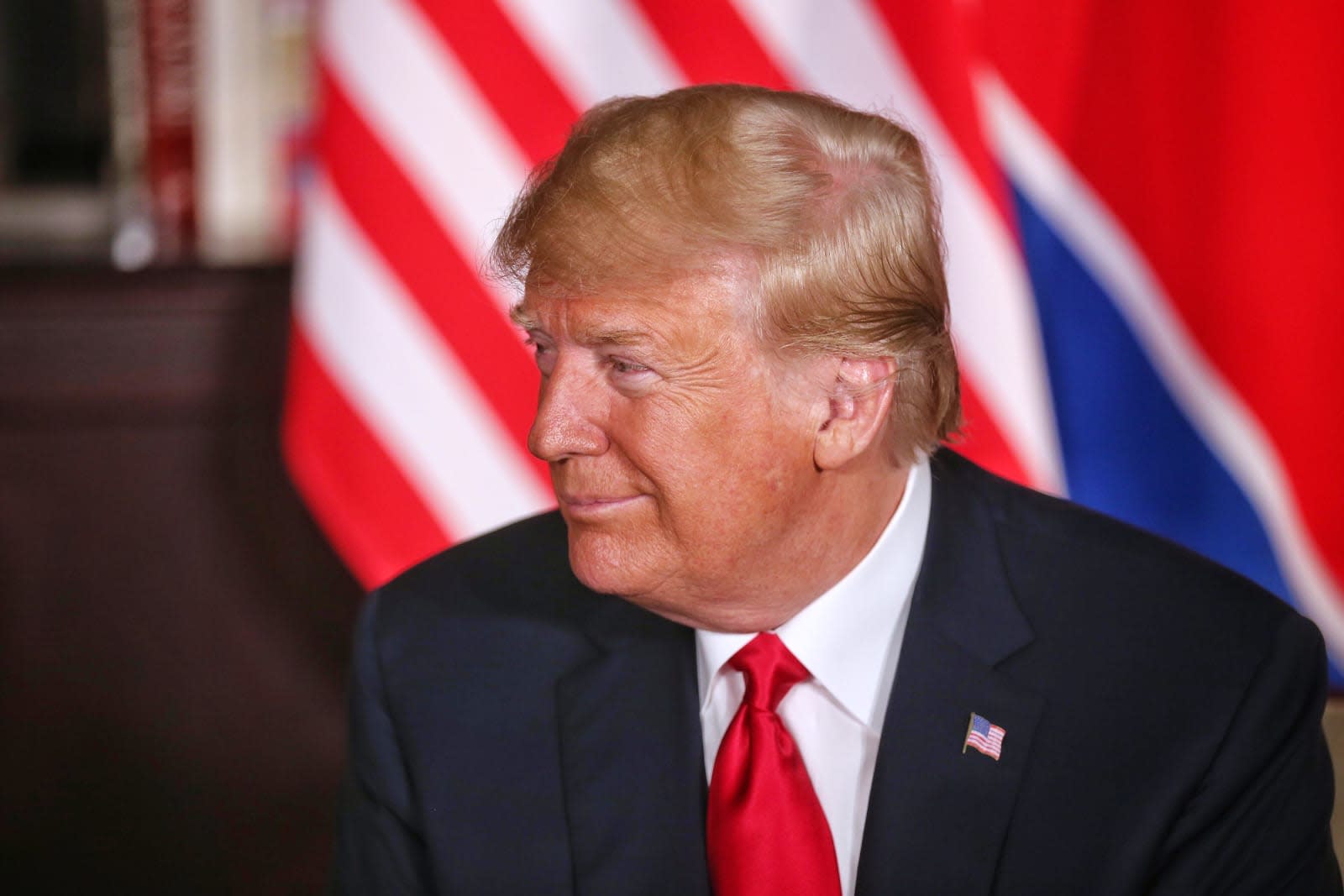 A handful of former Cambridge Analytica employees might be working on Donald Trump's re-election campaign. The Associated Press reports that two of its reporters overheard Matt Oczkowski, Cambridge Analytica's former head of product, say that he and the firm he now leads were "doing the president's work for 2020" alongside Trump's 2020 campaign manager Brad Parscale. A source familiar with that company, Data Propria, told the AP that work on the campaign had already begun.

Data Propria is a new data analysis firm that provides ad-targeting services and the AP says at least four ex-Cambridge Analytica employees are affiliated with the company. Oczkowski confirmed that three people on his team previously worked at Cambridge Analytica, one of which is CA's former lead data scientist David Wilkinson.

However, Oczkowski has denied that Data Propria is working on Trump's 2020 campaign, as has Parscale. Parscale told the AP that he hasn't handed out any contracts for the re-election campaign just yet and Oczkowski said Data Propria had changed course since the AP reporters overhead his conversation. He added that anything he would have said about Trump's 2020 campaign would have been speculative. However, Data Propria has secured a contract to perform work for the Republican National Committee.

Following reports that it had improperly obtained personal information on millions of Facebook users, Cambridge Analytica ultimately shut down and filed for bankruptcy. It's currently being investigated by the FBI and the Department of Justice.

In this article: cambridgeanalytica, datapropria, DonaldTrump, election, facebook, gear, internet, politics
All products recommended by Engadget are selected by our editorial team, independent of our parent company. Some of our stories include affiliate links. If you buy something through one of these links, we may earn an affiliate commission.
Share
Tweet
Share