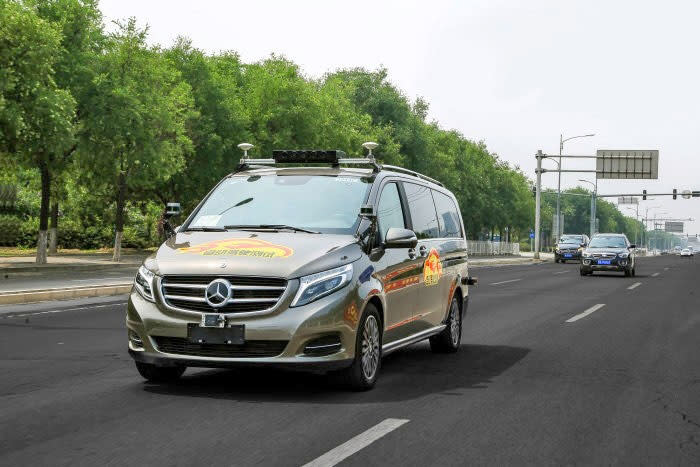 Daimler will soon take its Mercedes-Benz self-driving cars to the public streets of Beijing. It's the first non-Chinese company to win a license to test level 4 self-driving vehicles there. Level 4 is the second-highest tier of autonomous driving, in which cars can operate without human input in select conditions. Eventually, you might be able to take a nap while these types of vehicles ferry you around.

The test vehicles use technology from Daimler's partner Baidu Apollo, and they had to go through rigorous closed-course testing in Beijing and Hebei before Chinese authorities granted the license. The cars will still have human drivers behind the wheel ready to take over if anything goes wrong. Daimler says Beijing has "unique and complex urban traffic situations" and testing there should help it to improve its self-driving technology.

Daimler already has licenses to test automated vehicles in the US and Germany. China, meanwhile, opened public roads to self-driving car trials at the end of last year. Until now, authorities had only allowed a few Chinese companies (including SAIC, Nio and Baidu) to test autonomous vehicles in Shanghai and Beijing.

In this article: autonomous, baidu, baiduapollo, china, daimler, mercedes, mercedesbenz, selfdriving, tomorrow, transportation
All products recommended by Engadget are selected by our editorial team, independent of our parent company. Some of our stories include affiliate links. If you buy something through one of these links, we may earn an affiliate commission.