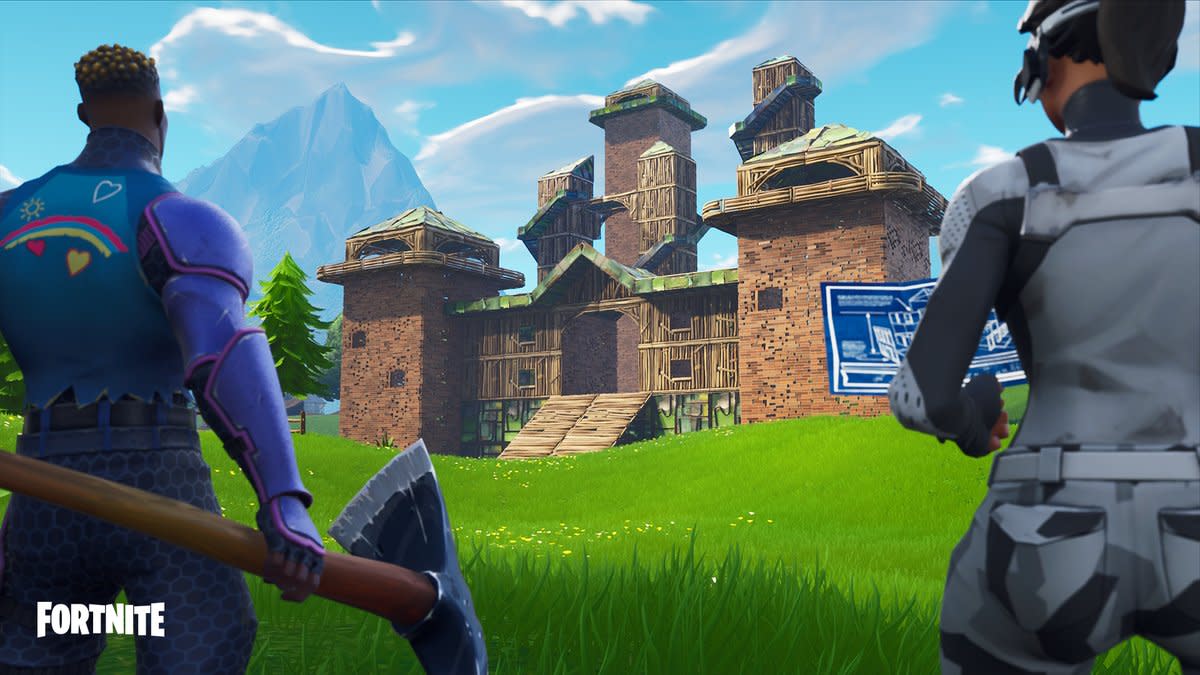 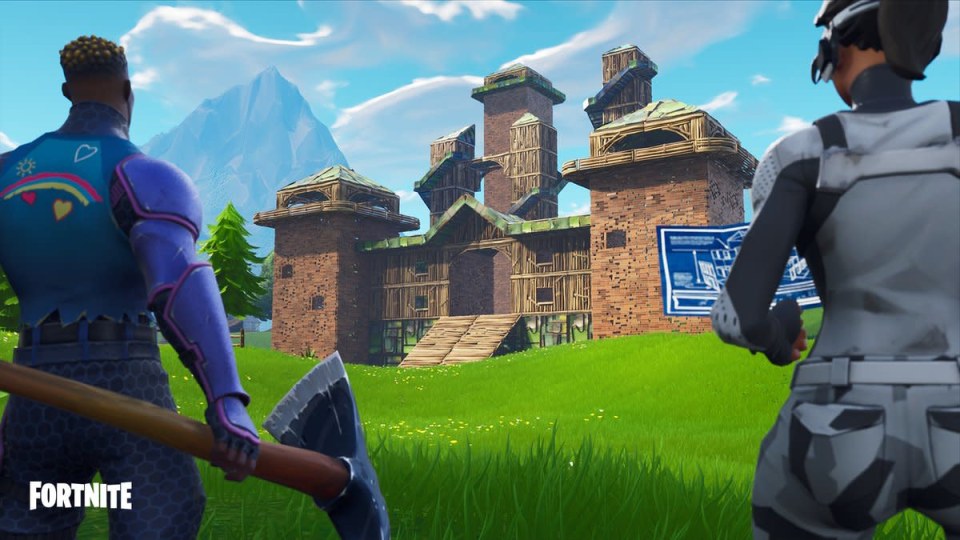 The wildly popular title Fortnite introduced its practice Playground mode at the beginning of last week, and despite being a big hit, Epic announced that it will be shut down on July 12th. But don't fret. The game's developers confirmed that they're working on an improved version with added functionality. In their words, this was a "first step into what a full creative mode looks like in Fortnite." That could end up being a simple free-form tutorial. But Epic Games would be foolish to pass up the opportunity to turn it into a full third mode in the game's universe, alongside its co-op Save the World and solo Battle Royale. Players are making lots of cool stuff, so why not establish a marketplace where they can sell their creations to one another?

For those who haven't dived in, the Playground mode loads up just four players (down from the standard 100 in a Battle Royale match) to fiddle around in their own private multiplayer map. With bonus resources, item-granting piñatas and infinite respawns, folks can take it easy and explore the game's mechanics outside of frantic fighting. While players can use it to practice as Epic intended, they've really let their creative flag fly, constructing magnificent structures and hilarious bounce courses. They've even tried to remake Mario Kart.

It's happening! They are sensing the end of the world! The Llamas are migrating!

If Epic lets players charge money for their creations, they'll probably work overtime to pump out their own maps or objects to sell to one another. Okay, they probably couldn't market a Mario Kart course or re-creations from other games (like this Link), but players are already interested in what their counterparts are making. They've asked Epic for the functionality to save and share their obstacle courses and structures for others to experience. And if the studio expands the game's creative toolset, the community could sell other things they already (indirectly) spend real-world money on, like character skins or weapons. This could be very lucrative for Epic, too: Between 2011 and early 2015, Steam Workshop creators selling mods, cosmetics and other extras earned $57 million. Since content makers get only a 25 percent cut of the sale price, that means Valve pocketed $171 million. (Hopefully Epic would honor its payment commitments to creators, something Valve hasn't always done.)

Even if the permanent Playground mode came out largely unchanged from its initial test version, creators could still probably make a mint on customized maps. But there's nothing stopping Epic from adding plenty of pseudo-developer tools to tweak environmental effects and world variables. Players could use those to make their own custom modes, or even their own mini-games. The half-game, half-development platform Roblox is set up like that to encourage its players to create new areas and experiences -- and sell them to others. Out of a reported 64 million players, more than 1.7 million are creators who were expected to earn $30 million over the course of 2017.

Me and my friends created our own mini game on Fortnite Playground mode!
Introducing, Fortnite: Edit Royale. The aim of the game is to edit the floor to make your opponent meet their death. There are different arenas, each getting smaller and smaller! here's a sneak peek pic.twitter.com/CYNvzcL5ZO

Last July, a Roblox Corporation spokesperson told Engadget that the game's growth over the past few years was partially due to YouTube influencers who made channels dedicated to the title. Epic could say the same about Fortnite, which owes some of its success to a rabid streaming community that reportedly helped it become the most watched game on Twitch. Assuming that Fortnite is still popular when the permanent Playground mode comes out, the game's streaming legions will almost certainly cover all the new maps and experiences players create.

Epic could just open a marketplace and leave Playground as a creative sandbox version of the regular battle map. But there's another option: Leave the island behind. Epic could just give players a blank canvas to make their own areas. Or it could construct an entirely new world and populate it with computer-controlled enemies or noncombat challenges. Focusing on creation and discovery instead of PvP combat is how Minecraft got big, and it still has 74 million monthly players, according to the head of that game franchise, Helen Chiang.

Of course, fans will be eager to enjoy Playground as soon as possible, and Epic will probably develop it iteratively. In a subreddit post, the Fortnite team listed a handful of improvements players should expect in the next version. They're far from grandiose, but this is just the beginning as Epic looks for feedback from its fans.

In this article: av, fortnite, gaming, UserGeneratedContent
All products recommended by Engadget are selected by our editorial team, independent of our parent company. Some of our stories include affiliate links. If you buy something through one of these links, we may earn an affiliate commission.