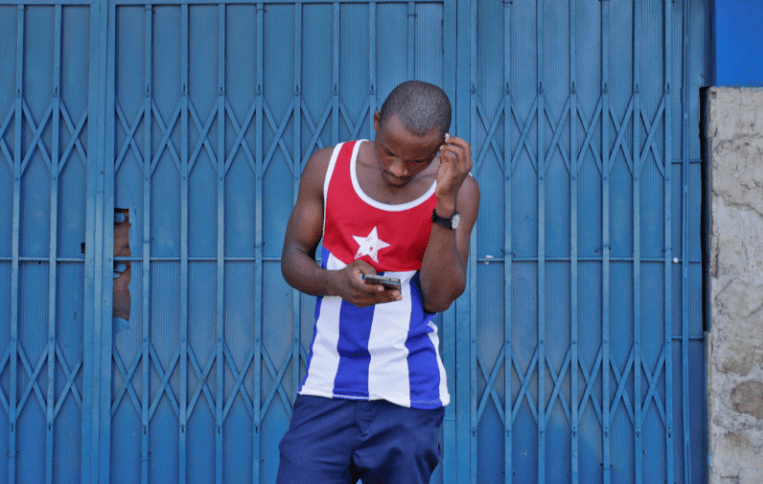 The Cuban government has launched a program that will see mobile internet rolled out nationwide by the end of the year. Communist-run Cuba is one of the least connected countries in the Western Hemisphere due to a lack of resources, the US trade embargo and the government's low-tolerance approach to public dissidence, but new President Miguel Diaz-Canel says greater internet access will help to boost the economy and help Cubans "defend their revolution."

Journalists at state-run news outlets are among the first to get mobile internet -- which has been provided by Cuba's telecoms monopoly ETECSA -- while some customers, such as companies and embassies, have been able to purchase mobile data plans since December. ETECSA says connectivity will be expanded to all of its five million customers by the end of this year.

Analysts say the move, which has not been broadly publicized, could weaken the government's control on the information that reaches the country's citizens -- until now they have been largely dependent on the island's one-party state media. However, President Miguel Diaz-Canel, who took office in April, has long championed expanded connectivity. Speaking to parliament last July, he said, "We need to be able to put the content of the revolution online," adding that Cubans would then be better equipped to "counter the avalanche of pseudo-cultural, banal and vulgar content."

Of course, just because mobile internet will be available doesn't mean it'll be accessible to everyone. WiFi hotspots in the country currently charge around $1 an hour -- a significant sum against the average monthly state wage of $30. It's not clear what costs will be involved in the proposed mobile internet, but ETECSA is currently charging companies and embassies $45 a month for just four gigabytes.

In this article: business, communism, Cuba, data, ETECSA, gear, internet, mobile, phone, politics, services, WiFi
All products recommended by Engadget are selected by our editorial team, independent of our parent company. Some of our stories include affiliate links. If you buy something through one of these links, we may earn an affiliate commission.