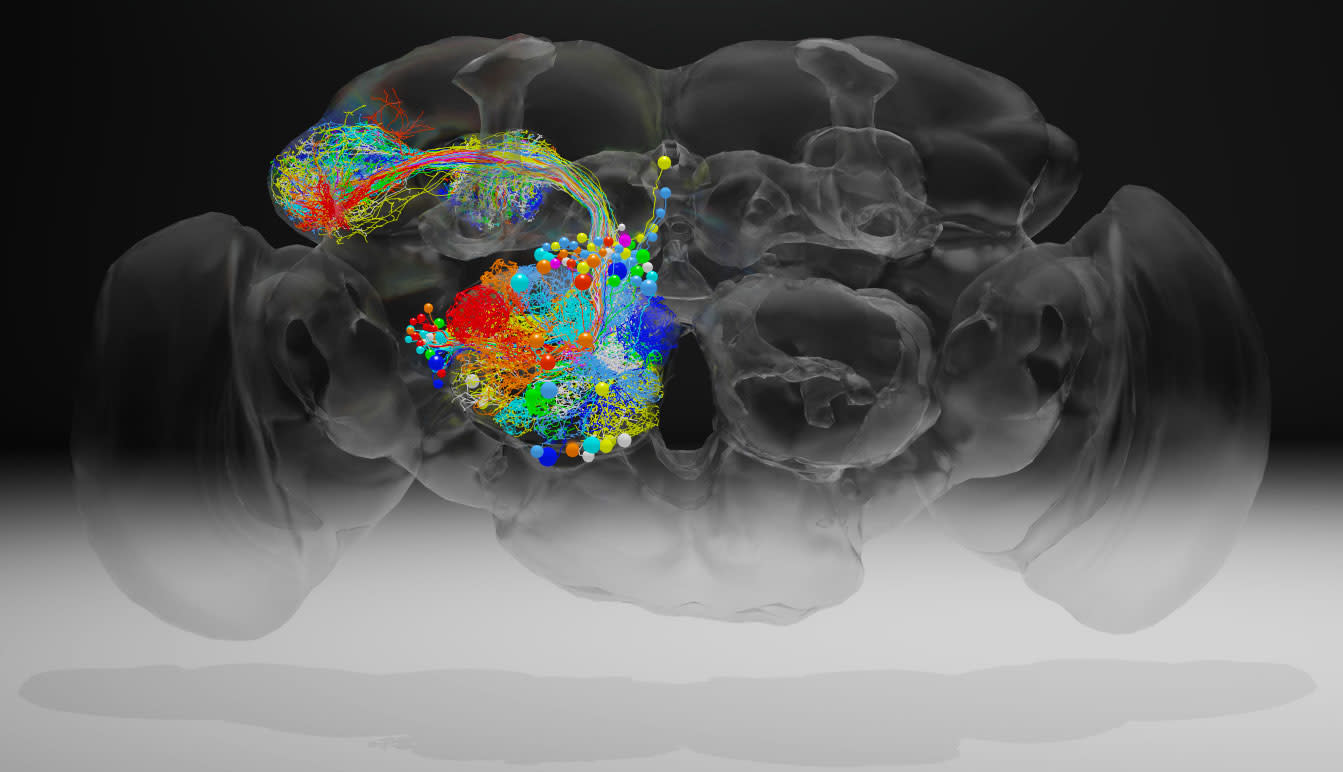 Scientists have created a high-resolution image of a fruit fly brain that will let researchers trace the connections of neurons throughout the brain. A team at the Howard Hughes Medical Institute's Janelia Research Campus led the work, which was recently published in Cell. Davi Bock, the lead researcher on the project, said in a statement that this level of resolution hasn't been achieved before and it will allow scientists to better understand which neurons play a role in behaviors exhibited by fruit flies.

Though a fly brain is relatively small -- about the size of a poppy seed -- creating a detailed map of the 100,000 neurons it holds is still a major challenge, and traditional methods haven't allowed for this type of imaging to be done. The researchers developed a new set of tools that included high-speed cameras, custom-built systems that can quickly process brain tissue samples and a robotic loader that can pick up samples and put them into place on its own. Doing so required dozens of scientists, engineers and software developers and years of work.

But with the new system and two electron microscopes, the team was able to take 21 million images of 7,062 brain slices and stitch them together into one complete image. And the result is a full, detailed look at the brain of an adult fruit fly, one that has already led to some surprising findings about how fruit fly brains work, including a new cell type. "Any time you look at images with higher resolution and more completeness, you're going to discover new things," Bock said in a statement.

The team has made its dataset available to other scientists and it could help researchers better understand how behaviors like learning, courtship, memory and flight are driven by the brain. The Howard Hughes Medical Institute says more than 20 lab groups are already using the data. "It adds another tool to the toolkit we're using to understand this animal," said Bock.

In this article: brain, ElectronMicroscope, FruitFly, gear, medicine, neuron, neuroscience, research, tomorrow, video
All products recommended by Engadget are selected by our editorial team, independent of our parent company. Some of our stories include affiliate links. If you buy something through one of these links, we may earn an affiliate commission.